UFOs And Aliens – Their Far-Reaching Influence Throughout History

We have written before of history’s long relationship with strange sightings and incidents that, if viewed from a modern ufologists perspective, are nothing short of UFO encounters. For example, the wild west of the United States, particularly the 1800s, is awash with such UFO reports. As is the same period in the United Kingdom and the Spring Heeled Jack sightings. However, these sightings go back much further than even just the last few hundred years. 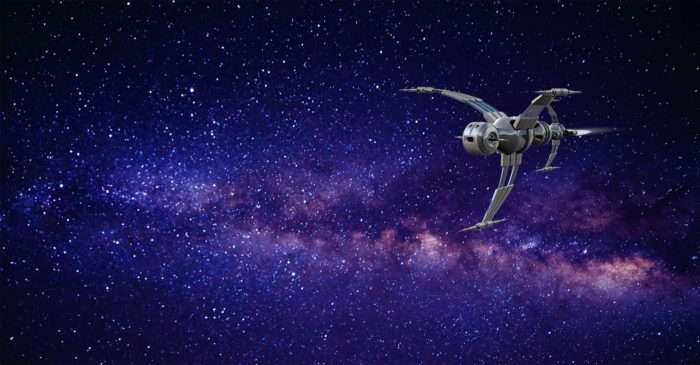 Have UFOs been visiting the Earth since ancient times?

As far back as 1180 in the Kii Province of Japan, official reports of saucer-shaped crafts exist of three fishermen who witnessed an intensely bright object coming over Mount Nyoigadake. It would move towards the enthralled men, before suddenly changing direction and speeding away into the distance.

In 1235, just over half a century following the Kii Province sightings is possibly the first military UFO investigation. Writings in the Azuma Kagami tell of General Yoritsune ordering his men to investigate strange aerial phenomenon. Yoritsune himself witnessed the spectacle as strange lights “danced in the skies” over them for several hours. Perhaps bizarrely, the answer they arrived at was the strange lights were the result of “the wind making the stars sway!”

What’s more, these accounts are not exclusive to historical records. Many ancient texts and religious writings from thousands of years ago speak of “miracles” and visits from “angels” from above.

Before we look at some of those biblical writings, let’s examine just a tiny fraction of the historical records that quite obviously tell of bizarre and UFO-like phenomena.

On the morning of 7th August 1566, residents of Basel in Switzerland awoke to strange objects in the skies above. Furthermore, these objects appeared separated into two distinct factions. A battle was actively taking place between the two sides. A resident of Basel, Samuel Coccius, would record the incident in the local Gazette. He would write,

“At the time when the sun rose, one saw many large black balls which moved at high speed in the air towards the sun, then made half-turns, banging one against the others as if they were fighting a battle out a combat, a great number of them became red and igneous, thereafter they were consumed and died out!”

The “battle” would last for several hours, witnessed in full by the petrified residents. The description given by Coccius of how the objects would move are very similar to modern-day descriptions of UFO sightings today.

Five years previously in Nuremberg on April 14th, 1561, a similar incident would unfold. Writing in the Nuremberg Gazette, Hans Glaser would state that “hundreds of globes, crosses, and tubes” filled the skies. Like in Basel, a battle raged above them. Some of the objects would crash to the ground in a “cloud of thick black smoke!” Others would “disappear into the sun” during the battle. Upon its conclusion, strange “spear-like” objects appeared in the skies for some time.

The short video below looks at the Nuremberg incident of 1561 in a little more detail.

The First “Official” Recorded Sightings In Russia And America

The small town of Robozero in Russia would be the site of one of the strangest UFO sightings in history. With most of the town’s residents still in church for the Sunday service at noon on 15th August 1663, they would be witness to the “great ball of fire” that would come at them from brightly lit daylight sky.

The object, sporting two “fiery beams” at its front went over the church and the rest of the village, before moving out towards the lake and vanishing from sight.

Still confused and in shock at what they had seen, the residents of Robozero would witness the strange object again. About an hour after it had disappeared, it returned, moving slowly and with purpose over the lake. It would disappear and return a third time a short while later, this time hovering over the lake for some time.

Fishermen, stranded on the lake in their fragile boats, would suffer horrific burns from their close proximity to the object. The incident is the earliest officially recorded UFO sighting in Russian history.

A quarter of a century earlier and across the Atlantic in the “newly settled” United States, would occur the first officially documented UFO sighting in American history. Massachusetts governor, John Winthrop, would record the incident in his journal. A man known to him, James Everell, had witnessed a “great light” in the skies over the Muddy River.

The light was “as swift as an arrow” and moved through the sky with great speed. As it moved it “flamed up” on occasion – possibly some kind of propulsion.

The Strange Story of Sister Mary of Agreda

When Father Alonzo de Benavides finally arrived in New Mexico in 1622 to fulfill his mission of spreading Christianity to the local tribes, he was a little shocked to discover the Jumano tribe actively familiar with it. The tribe would celebrate mass and carried rosaries and crosses. A little perplexed, he asked how they knew of Christianity.

According to the Jumano tribe, “a lady in blue had told them!” She had brought with her “divine articles”, including a holy chalice.

Unbeknown to him, and at around the same time in Agreda in his native Spain, Sister Mary was making some remarkable claims to her superiors. According to Sister Mary, one evening “she had been flown in a craft to Central America!” Once there, she had taught Christianity to a tribe known as the Jumano. The same craft would fly her back home and “she had seen the Earth!” According to Mary, it was “a spinning sphere below her!”

Remarkable comments no doubt. Not least because they could have easily seen her executed for heresy. Her superiors would order the burning of her diaries and would order her to recant her claims.

It wasn’t until 1630 when he arrived back in Spain that Sister Mary’s claims reached Father Benavides. He immediately suspected her to be the “lady in blue” although he couldn’t understand how.

After speaking with her and listening to details and accounts of the area, her story seemed without doubt authentic. Even more so when the chalice given to the tribe, now a gift from them to him, was actually a chalice that had gone missing from Sister Mary’s convent around a decade earlier.

The short video below looks at the legend of Sister Mary of Agreda in a little more detail.

Of course, if Sister Mary’s story is true, then maybe mentions of “chariots of fire” and “messengers of God” or “angels” might actually have an extra-terrestrial explanation rather than divine. Indeed, that is the basis of the ancient astronaut theory. We have examined before such connections to stories of The Flood and the Ark of the Covenant. Or events as the parting of the Red Sea and the pillar of cloud and fire, guiding the Exodus.

There are, however, many such examples. Quite literally, enough to fill a large book with.

The incident of the Burning Bush that “spoke to Moses” for example. Is the burning bush merely an illusion to catch Moses’ attention? Or might it be the real consequence of a nuts-and-bolts UFO landing, causing the dry vegetation to catch fire? Even the “speaking to Moses” appears to be a reference to telepathy – a method of communication many abductees state to have experienced also.

Abram’s apparent sighting of a UFO appears in Genesis 15:17 when it states, “When the sun had set and darkness had fallen, a smoking firepot with a blazing torch appeared and passed between the pieces.” Perhaps this is even more interesting when you discover that “the Lord” had spoken to him just prior to him falling into a “deep sleep”, in which he had the experience.

Another example might be that of Jacob and the ladder in Genesis 28:12. The verse reads, “He had a dream in which he saw a stairway resting on the earth, with its top reaching to heaven, and the angels of God were ascending and descending on it.”

Elijah’s ascension in a “chariot of fire” is but another.

Perhaps one of the most famous Bible stories, for religious scholars and ancient astronaut theorists alike, is that of Ezekiel. Although the text speaks of Ezekiel having a vision, the description of the strange wheel he witnessed high above him have many convinced his vision was likely a real UFO experience.

Ezekiel describes a glowing structure, made of four “wheels”, with each wheel spinning or “intersecting” each other. He also would later write of his experience that the object was “like glowing metal!”

He further mentioned, “living beings” who had “human form” and sat on the strange craft. Is he describing a spacecraft, landing nearby? Glowing in lights and fire, it’s “wheels” may be part of a propulsion system? What makes the description even more interesting is that there are many reports today of similar looking craft.

Or is it possible, the “wheels” are not actually a physical object, but a portal opening in the sky, allowing the living beings he witnessed to pass through into this world?

There are other verses that make similar claims. In chapter 4 of Revelation, John appears to see a portal. He states that he looked up and “a door was opened in Heaven” before a voice calls to him to enter it. He accepts and immediately finds himself in “Heaven!”

There is certainly enough evidence to suggest that UFOs have been a part of human’s existence for thousands of years. And if the perception of various religious writings was more at face value, it would seem so has extra-terrestrial influence.

Check out the video below. It looks at the legends and theories of Ezekiel’s wheel in a little more detail. 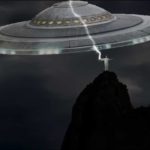 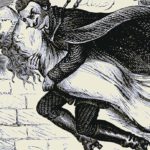 Human Interactions With Aliens Before The Modern Era