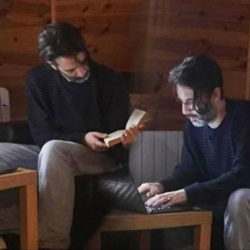 Marcus Lowth is a writer and researcher who has extensively researched multiple areas of the paranormal, strange locations, unsolved mysteries, UFOs and aliens, legends and folklore, conspiracy claims, and much more for over 20 years.

Since 2015, he has used this research to write extensively about these subjects professionally in the form of hundreds of articles across multiple platforms, most predominantly, UFO Insight, Listverse, and Me Time For The Mind, as well as contributing regularly to UFO Truth Magazine.

He has also released two books released on Kindle and Paperback – From Deep Within The Archives Of UFO Insight: Histories Most Bizarre, Outlandish, And Controversial UFO And Alien Encounters. View his Amazon Author page here.

Marcus has appeared on several podcasts – including Troubled Minds, Unexplained Radio, Passion for the Paranormal, and Behind The Paranormal with Paul & Ben Eno – discussing such subjects as UFO sightings, ancient civilizations, and mysteries, and even the topic of organ donors taking on the traits of their donors at length.

He continues to research all aspects of the strange and bizarre, leading to such questions as to why UFO sightings often occur in the same regions and at the same time as Bigfoot encounters? Why are many aspects of apparent alien abductions very similar to those you might find in claims of hauntings and ghostly activity? Why do seemingly unconnected fields of interest cross over into others the deeper that research goes? Might it be that there is a connection to these strange, mysterious, and largely unsolved incidents and encounters? And where do claims of government conspiracies and cover-ups fit into all of this?

Marcus regularly writes new articles as a result of his continued research, as well as compiling books for future release. He also acts as editor-in-chief for UFO Insight.