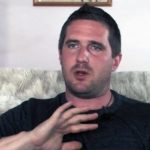 When (at the time) little-known conspiracy theorist, Max Spiers, died suddenly while on a trip to Poland, after he had asked his mother to “investigate his death” if anything was to happen and that he was “in trouble”, many researchers, including some in the mainstream began to pay attention to what he was saying, as well as his movements in his final days. Who was Max Spiers, and is his death something that should concern all of us…? 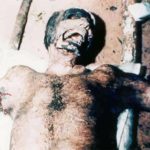 While cattle mutilation – whatever it might prove to be – is familiar with most people. However, claims of such mutilation experiments being inflicted on human beings is perhaps not so familiar. The fact is, though, there are several of these cases stretching around the planet and across decades. And what’s more, if there is any truth to them, the conspiracies they lead to are some of the darkest and deadliest we are likely to encounter… 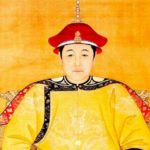 China has a long and majestic history. One of much mystery and legend, and also one that, if you subscribe to the general theory, has examples of ancient alien contact littered within their ancient accounts and writings. Might the origins of the Chinese empire be more otherworldly than most might think? And might these explain the secrecy that still resides within much of the country today…

In what is perhaps one of the most persistent and potentially groundbreaking conspiracies in UFO, and indeed American history, the alleged meeting between President Dwight D. Eisenhower and not one, but two extraterrestrial races is one that if true, would truly change our collective perception of our recent history and the world around us, as well as what awaits us in the future…

Perhaps one of the most outlandish, yet persistent, claims and conspiracies around the UFO and alien question is that of shapeshifting reptilian aliens who secretly rule the world from their positions of power and influence. Most people disregard these claims, but could there really be something to them? Might an alien presence not only have been on Earth for thousands of years, but might they have secret dominion over humanity…? 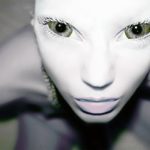 Alien-Human Hybrids – Pure Nonsense? Or Something To Pay More Attention To?

Many people are prepared to listen to reports of UFO sightings. Most will even contemplate alien abduction claims. However, when presented with the notion of alien-human hybrids, living among us no less, for most, it an outlandish claim too far. That being said, though, there are more of these apparently wild claims than we might think. And what’s more, they come from all over the globe…