If we accept that UFOs are indeed the product of intelligent life from elsewhere, then the sheer number of sightings, both in modern times and across recorded history, suggests aliens have been visiting the Earth for at least thousands of years, if not much longer. 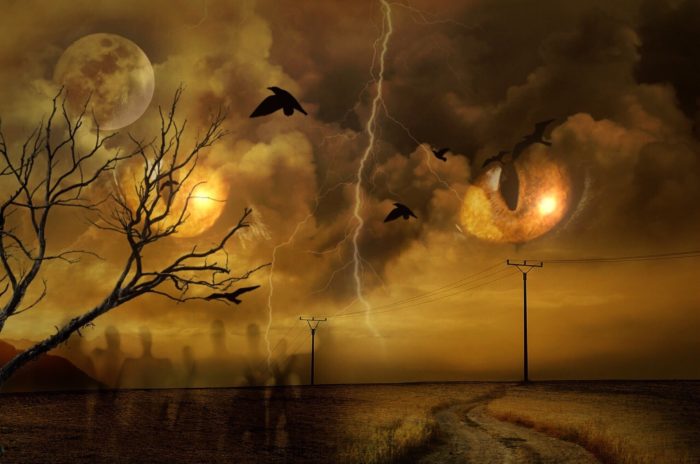 What is the alien agenda?

If this is the case, then we need to ask why they are doing so. What is it on Earth that keeps drawing this intelligence back? Is it the natural resources of the planet? Perhaps the absolute plethora of life that is found here? Or might it be humanity itself? And perhaps of most importance, what is the agenda in relation to the lives of humans on the planet today?

Of course, that is a question impossible to answer in one article, or even in many volumes of books. We can, however, highlight several potential reasons for the prolonged alien presence on Earth. And while this presence has seemingly been here since antiquity, it would appear to have increased somewhat in the second half of the twentieth century.

We have written on several occasions of the words and warnings of Paul Hellyer, and the importance that we obtain such answers to questions surrounding the alien presence on Earth sooner rather than later. The fact that Hellyer, a former high-ranking Canadian defense minister who is still very much in the public light, is willing to say such things knowing the ridicule he would face, should make us pay closer attention.

Some researchers very much agree with Hellyer’s summary of the alien question, in particular, the desire to withhold technology from humanity. This is interesting on several levels, not least when put alongside such “mythical” legends as Prometheus giving fire (knowledge/technology?) to human beings.

Perhaps leading UK UFO researcher, Nick Pope says it best, “We are, after all, a race who has used the atomic bomb on its own people!” That line, from the hypothetical perspective of an “outside” intelligent and advanced race, is perhaps worth reading again! Would we trust us?

While it is perhaps one thing that we destroy ourselves and everything else on Earth along with us, from an extra-terrestrial perspective, if we were suddenly able to bring our destructive ways into the outer cosmos, would we think twice before acting in such a way? Maybe this is the reason UFO sightings would explode shortly after the atomic bombs did over Japan in 1945?

As chilling as it is, perhaps it is worth remembering the vast amount of alien abduction accounts that speak of warnings of how humans use nuclear power. Even more disturbing, are the number of warnings that should we not change our ways, the matter will be out of our hands.

Many take such warnings to mean total destruction of the human race through some kind of invasion. However, given their apparent concern for the planet, it is arguably unlikely that such destructive action would be forthcoming. Perhaps “action” would come in the form of setting humanity back in one way or another. Maybe in the hope that it will develop again with less warlike tendencies. That isn’t to say, however, it would be good news to most of the human race alive right now. 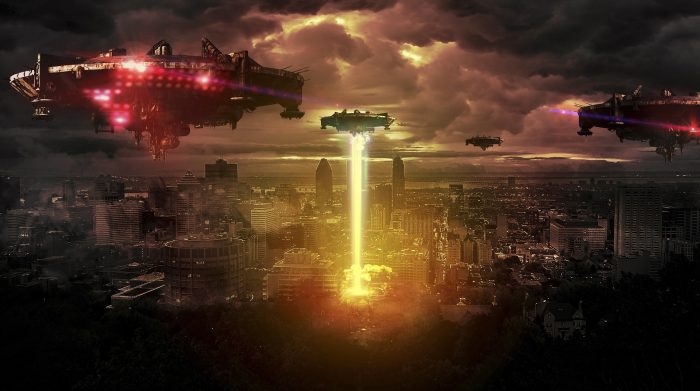 A depiction of a futuristic alien invasion

There are many examples of such intervention in human affairs from history. Many of which can be found in the ancient writings of such times. The Bible, in chapter 11 of Genesis, for example, tells the story of the Tower of Babel. Said to have been built after The Flood, in Mesopotamia, The Bible speaks of a building 300-feet high.

Upon seeing the tower, and mankind’s unity, God ordered its destruction and human’s “language confused!” Humans themselves would scatter across the Earth. It also goes on to state how they would “corrupt the spirit of unity” of mankind. And even encourage humans into conflict with each other.

What is interesting is these accusations are the same that many throw at society’s “elites” today. Perhaps it is also interesting then, at least according to some theories, that these elites also share connections, and sometimes bloodlines, to ancient secret sects, whose own history is rooted in the ancient temples of antiquity, who in turn stretch back to the “gods” who once walked among humanity.

With those ancient mystery schools in mind, some believe the Tower of Babel was not literally a tall construction but was represented as one due it being able to “connect to the heavens”. To some, this description was of a portal or stargate, used by the gods, and now mastered by humanity. Or perhaps it was a launch site where humans planned to launch their own “spacecraft” just like the gods. Again, a bizarre thought, but not so much of a stretch when we remember the Mexican minister for tourism, Luis August Garcia’s comments about the “3,000-year-old landing pads in the jungle” of Mexico where the Mayans once reigned.

Another possible example of humans having their collective progress intentionally slowed down might be the tragic burning to the ground of the Library of Alexandria in the late-third century. It is said to have once contained over a million scrolls of ancient knowledge and wisdom. Everything from astrology, astronomy, science, mathematics, medicine, and even philosophy. In the fire “the true” history of humanity, was lost.

These burnings would come under the instruction of Constantine, who shortly after witnessing “a cross in the sky” during the Battle of Milvian Bridge, would swear his allegiance to what he interpreted as Christ. Might this shining cross actually have been a UFO of a nuts-and-bolts variety? And might the burning of such knowledge at the Library of Alexandria happened not solely on Constantine’s orders, but orders given to him from above? A way of ensuring humanity lost access to the treasures of wisdom built over many centuries?

Maybe it is worth mentioning the book-burning by the Nazi regime in the 1930s in the name of Adolf Hitler. Many people close to Hitler would state he “was possessed” at times by “other entities”. Might these entities have been extra-terrestrial, using such easily corruptible people as Hitler to carry out their destructive deeds?

Perhaps a modern equivalent of these drastic measures of removing knowledge from the great masses of the public is happening today with increasingly secretive and restrictive measures regarding the Internet. Many people accept that collectively, humanity is in the age of an awakening. In the early decades of the twenty-first century, most have more access to free-flowing information than ever before. Might this be our “digital” version of the Tower of Babel?

Again, it is an outlandish claim, but only perhaps because of the restraints of “accepted” knowledge. 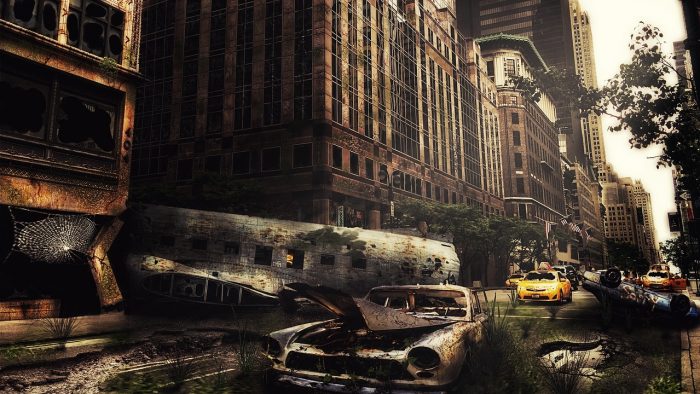 A depiction of an apocalyptic city

Linda Moulton-Howe has claimed the US government has “proof of geopolitical extra-terrestrial groups of at least three races!” These races are in conflict regarding the Earth, humanity and the future of both. In fact, as crazy as these statements sound to most, they are coming more and more often. And from equally high-ranking and respected people. We mentioned Paul Hellyer, for example, in the opening to this article.

Perhaps, in the same way of the burning of the Library of Alexandria and so losing forever thousands of years of learning and knowledge, again we can look to the continued measures we see today to “curb the Internet” being the modern version of withdrawing such knowledge.

The statements about geopolitical influence and “cosmic political groups” makes a certain amount of sense. At least if you subscribe to the ancient astronaut theory that is. The “divine right to rule” was “a gift” from the gods. Gods who most would agree, are alien instead of divine in nature. These extra-terrestrials would rule over humanity in antiquity before passing on this “divine right” to selected human bloodlines. They also passed down their laws, ways of governance, moral codes and everything else that brought “civilization” to pre-history times.

Perhaps it makes sense then, if we accept Moulton-Howe to be correct for a moment, that such political decisions are still taking place among such races. And then acted on by the elite bloodlines that remain in power.

A Chilling And Disturbing Notion!

When we looked at mass disappearances and if they might, in fact, be mass alien abductions, the incidents were described as a potential “harvesting” of human beings. Indeed, a theory long held by many UFO researchers is that we are nothing more than an experiment to extra-terrestrials. Quite possibly the reasons for these experiments are for an alien-human hybrid program as theorized by David Jacobs. Some go even further and describe the Earth as one, giant, living laboratory. A grim prospect, no doubt, but perhaps not one as crazy as it sounds.

If we delve back into history a moment, albeit that of legend and myth, might the Garden of Eden in the stories of Adam and Eve (humans) be nothing more than another description of Earth in antiquity? The serpent (or Satan/Prometheus) representing a “rival” faction within the alien ranks? This certainly leans towards the claims today of “rival aliens” competing for the future of humanity.

Is there more than one race of aliens visiting Earth? Is the alleged agreement between President Eisenhower and an alien race in 1954 (incidentally, a year that saw a spike in UFO sightings) part of this agenda? And between the questions, claims, and theories, where do we, the human race, fit into all of this?

Perhaps it is worth leaving this article with this quote from the aforementioned, Linda Moulton-Howe. She quite clearly states it is her belief from her decades of research that, “There are extra-terrestrials that want to see humanity evolve and grow. And another group that wants to see us destroyed!”

Check out the video below which looks at the Alien Agenda in a little more detail. 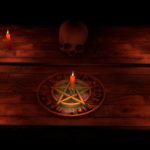 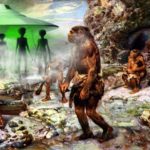