We have written on several occasions of sightings of UFOs both emerging and entering various seas and oceans around the planet, and the many claims of some kind of high-tech, alien base, or even a portal to another part of the universe.

However, two cases from the 1950s both speak of extra-terrestrials seeking valuable (to them) elements that reside in the masses of water over the globe – in particular, the strange case of Albert Bender. Not only that, but descriptions of these alien beings have similarities with one of the most controversial claims in UFO circles. Those of Reptilian aliens and their connections to, or even within, world governments. Furthermore are claims of an unknown “inner-world” that exists in the barren icelands of Antarctica.

Before we look a little deeper at Albert Bender and his work, check out the video below. It features a segment from a radio show in the 1950s and sets the background very well.

The Rise And Sudden “Fall” Of Albert Bender

As the UFO phenomenon took hold of the United States in the 1950s, one of the first respected investigators into such matters was Albert Bender, who formed the International Flying Saucer Bureau in Bridgeport (IFSB), Connecticut.

Bender, a serving pilot during the Second World War, had always maintained an interest in all things paranormal. Since being a young man he would write letters to people all over the world, building up relationships with them. He would even have them send items of interest from their locations so that he might build up a collection of mystical and intriguing objects. To say he was a little eccentric would be a kind understatement.

In the mid-1950s Bender made the claim that he had “solved the mystery of UFOs!” However far from revealing this to the rest of the world, he put forward that he was unable to comment any further. In a further twist, he then promptly shut down his research, his publication, and the IFSB.

The story, however, was far from over.

Encounters With The Men In Black

In 1956 further information would surface regarding Bender’s claims in the form of the book, “They Knew Too Much About Flying Saucers” by Gray Barker. In it, he stated that Bender, suddenly overcome with a feeling of dizziness, witnessed out of nowhere, three men, all dressed in dark suits, were in the apartment with him.

He couldn’t see their faces, but where their eyes should have been were two, glowing, red orbs. The “eyes” appeared to flash at him which simultaneously caused an intense pain in his head.

These strange beings – soon referred to as the Men In Black – confirmed to Bender the correctness of his mystery solving. They also informed him of information that, according to Barker, terrified him beyond belief. What this information might have been is unknown, but in 1962, Bender finally relented on his silence.

He would author his own book – “Flying Saucers and the Three Men” – which contained claims so bizarre and outlandish that it only served to alienate him further.

In his book, he claimed that the three men who actually alien beings, whose real appearance “was so monstrous” that they assumed the form of which he (and many others over the years) would see them. He further claimed of journeys to their base in Antarctica, where he would learn more about them, including their home planet, Kazik. They had arrived on Earth in order to extract a valuable element from the sea.

Check out the video below. It features a lecture from Gray Barker in 1956.

The Claims Of Cynthia Appleton

There are some interesting claims made by Bender, not least those of shape-shifting aliens who were monstrous – which we will look at a little later. However, it is perhaps the claims of extracting “elements from the sea” that are perhaps most interesting.

Only a year following Bender’s encounter, in November 1957 on the other side of the Atlantic in Birmingham, England, Cynthia Appleton would claim an encounter as bizarre (and chilling) as Bender’s.

As she was sitting with her children in her living room, strange figures “materialized” out of nowhere in front of the fireplace. She would describe these beings as “very tall with long, blond hair” and adorning a “bright, silver space suit!” One of them would communicate to Cynthia via telepathy. According to Cynthia, the being would state they were from a world “just like yours that is governed by the Sun!” This last detail, in particular, would lead many researchers to ponder if this might be a suggestion of the being’s home lying within our solar system.

Among other things, they informed Cynthia that they were here to extract a valuable element from Earth’s oceans – almost the same claim as Albert Bender would make.

Cynthia would claim at least two further visits, during one of which, they informed her she was pregnant and would give birth to a baby boy. She was, and she did! Further to this, on the third meeting in September 1958, according to Cynthia, the being would burn its finger, and after placing it in a bowl of cool water had left behind a small piece of skin. This would go for analysis, and although there was no overall conclusion, the results showing it to be more akin to “animal skin” than human.

Links To The Reptilians And Underwater Bases?

Going back to Bender’s claims of the Men In Black really being “monstrous aliens in disguise”, not to mention their secret base in Antarctica, is it possible that what Bender had revealed was a link to those in alien and UFO research circles call the Reptilians? Was this the “mystery” of the flying saucers that he had discovered – if only in part?

The claims of glowing eyes have been reported in many modern sightings of reptilian humanoids right up to modern times. And many descriptions of the Men In Black speak of them as being extremely pale and with a “rigid” personality. Looking again at modern reports of reptilians, many (although not all) speak of them being a strange “off-white” color. Author, David Icke, perhaps most famous for his work on the Reptilians and their alleged agenda, also speak of such a race of “Nordic” extra-terrestrials who would interbreed with reptilians in ancient times. Icke also firmly believes that many of the flying saucer UFO sightings are in fact the Reptilians.

The short video below is a quick look at the Reptilian Conspiracy.

Even the claims of the base in Antarctica is of interest given the many claims of such an “inner world” existing. Again there are claims to reptilian aliens inhabiting this frozen world, and more chilling, many governments worldwide knowing of this.

Many ancient writings speak of such an alien race coming from an “aquatic world” in the Sirius star system. Again, many link this to the Reptilian race. The claims of needing “elements from the sea” are of interest. Might this, in part, explain the plethora of UFO sightings at sea? Might this also give a reason for the supposed alien bases that also reside under our oceans?

Check out the video below. It looks at some of the many sightings of UFOs over the planet’s waters. 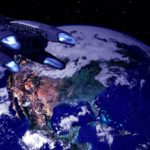 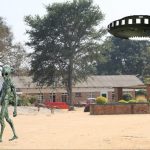 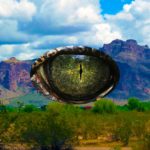