The strange tale of Lieutenant Tom Preston is perhaps all the more mysterious as Tom Preston is a false name. According to UFO research and author, Walter N. Webb, who would take the account in 1984, Preston still felt the need to prwotect his identity despite the events he would speak of taking place over two decades earlier in 1963.

Furthermore, as these reports, and many like them, came to light as whistle-blowers volunteered information and government files became declassified, possible links began to suggest themselves to other such cases. Indeed, isolated instances began to look more and more like a bigger picture that requires solving.

UFOs over the Atlantic Ocean.

While many people will first imagine UFO sightings over a lonely road or in the middle of the otherwise quiet countryside, there are also multiple sightings of strange crafts over the planet’s waters. Many even speak of such objects emerging from or entering these waters – suggesting to some a plethora of theories. These range from underwater portals, to top secret alien bases at the bottom of the Earth’s oceans.

Preston states, the Royal Navy ship – just off the coast of Norway – suddenly had a craft on their radars. It would then seemingly break the surface of the water, disappearing rapidly below.

They were on non-specific exercises, and while only twenty-nine years old, Preston had vast experience of the ship’s radar-sonar systems. As such, he would be at the center of the events as they began to unfold. In all, Webb put forward that Preston is a very credible witness.

A co-worker at the Boston Museum of Science first brought his attention to Preston’s story. Valerie Wilcox – knowing of Webb’s interest in such things – would tell him of Preston’s account. Wilcox’s friend had married Preston, and he had settled in the United States.

The object had shown on Preston’s radar screen out of nowhere, suggesting to him it traveled at great speed. It came to a complete stop, although no visual confirmation came forth. Other ships in their location would confirm they too had the object on their radar screens. This ruled some kind of malfunction of the radar or sonar equipment.

Once under the water, they did manage to track it for several minutes. However, due to the absolute speed, it moved, before long, it was out of range.

Following the account, Preston – and the crew – would be subject to reminders that he had signed the Official Secrets Act. He must not, under any circumstances speak of the day’s events. Even more startling to Preston was the fact the ship’s logbook was replaced with a brand new and empty one. 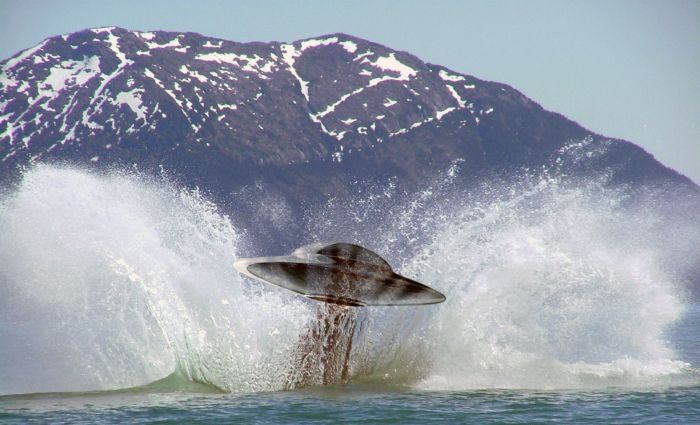 Artist’s drawing of an Unidentified Submerged Object or USO exiting the water.

Slightly south of Preston’s ship’s position in the North Sea, off the coast of north-east England, another strange event would unfold in the summer of 1977. The incident came to light shortly before three decades later in 2005 when classified files came into the public domain. And this only came about due to a request under the Freedom of Information act would force their hand.

Flight Lieutenant AM Wood would make a report from RAF Boulmer in Northumberland. He could clearly see strange, bright objects “hanging” over the North Sea. Estimations would suggest the objects be around five thousand feet in the air and three miles from the coast. The radar system on the base also displayed their presence.

Furthermore, two more servicemen sat at the picket post of the base, made reports of observing the floating lights. According to their records, the lights remained visible for at least ninety minutes, before simply vanishing.

Many other reports of strange sightings over many of the planet’s seas, oceans or lakes surface each year. We have written before for example, of the chilling accounts of Puffin Island. And, in turn, claims of an alien base off the coast of Wales.

These sightings are often referred to as USOs – Unidentified Submerged Object.

According to a recently declassified CIA file, a bizarre sighting report from a Russian merchant sailor occurred in June 1984. While aboard the Soviet ship, “Gori”, Alexander Globa witnessed a strange “upside down frying pan” type object in the skies over the Mediterranean Sea. The metallic looking object shined brightly in the early evening sun. Globa’s vantage point was such that he would report the underside of the craft to be two circles that were rotating counter to the other.

The airborne vessel’s movements made it seem that it rode an invisible wave in the evening skies. These “waves” would take the vehicle higher and higher, eventually taking it out of sight completely.

Even stranger than Globa’s encounter, are the claims put forward by a former Chilean Navy Admiral. Jorge Martinez would state on Chilean television that UFOs did exist. He also made the claim that he was witness to two separate sightings himself on the seas. One of these sightings, in particular, would prove to be particularly intense.

A huge metallic craft pushed out from beneath the waves of the sea. As it did so, the ship’s navigating equipment went into meltdown. Even their radar would fail to work properly. The former admiral’s experience told him that a sudden “strong magnetic force” was responsible for this. When the object left the area, the ship’s equipment would return to normal.

The video below features Preston Dennett on the subject of marine-type sightings.

The Photographic “Proof” Of The Maslin Beach Incident, 1993

Perhaps one of the more intriguing UFO sightings over water took place on Maslin Beach in Australia in 1993 – not least because the witness managed to capture several photographs of the craft as proof of his sighting. Many people remain unconvinced by both the account and the pictures, but it is worth looking at. 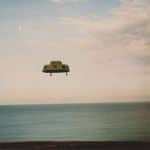 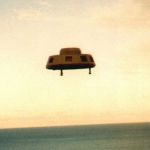 Eric Thomason, enjoying the early morning sun of the Australian summer in March 1993, suddenly had something catch his attention. From his position, he could see a huge object rising quietly out of the water, and head his way.

On its journey, a second object would also rise from the waters below in a spinning motion. It slowly made its way underneath the first craft and appeared to connect with it – the two objects becoming one. Thomason continued to take as many pictures as he could before the craft shot off at high speed.

Twelve years later, while sitting on Tanjung Aru Beach in Malaysia at 7 am, George Matanjun and his wife would have a similar encounter. After dropping his daughter at school, Matanjun came to the beach to relax before it became busy later in the day.

Upon sitting they could see an odd movement to the water – as if something was moving towards Kota Kinabalu Airport. The ripple in the water soon gave way to a solid object that would rise upwards while maintaining its course. Matanjun would later state how silent the craft and the surrounding area had suddenly become. They both followed the object until it had gone out of shot.

Check out the video below which looks at the USO phenomena in a little more detail. 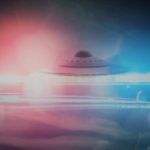 UFOs And The Law – Strange And Bizarre Sightings By Police Officers

UFOs, Abductions, And Strange Goings-On: The Mysteries Of Hudson Valley!