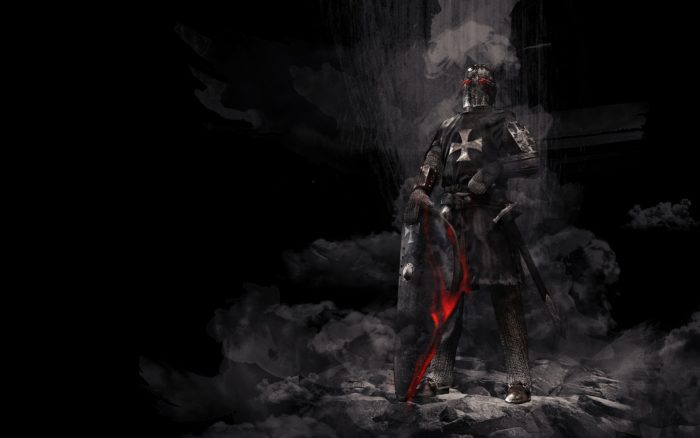 Perhaps most of us will think of a 1970s horror movie set by a lake when Friday the 13th comes up in conversation. Or some of us will keep an extra eye out for black cats and the direction they are walking. Or even take extra care not to walk under any ladders. The fact is, most of us know the date is famous for being unlucky, but many are perhaps uncertain of why. Although there are many theories, historically, one stands out from the rest.

A dramatic depiction of a Knights Templar

On Friday 13th October 1307, King Philip of France had the Knights Templar hunted down, imprisoned, tortured, and eventually executed. The arrests were months in the planning with raids on Templar strongholds taking place simultaneously at dawn. That this date is still associated with “bad luck” shows the pedestal the Templar Knights were on. And to truly appreciate this pedestal, and indeed the place they still have in modern society today, it is worth going back to the origins of the Knights Templar. Who they were. As well as a theory that suggests their legacy both lives on today and also stretches back to the beginning of recorded history.

The subject of the Knights Templar can, and has, filled volumes of books in their own right. Even more so when you begin to explore the theories of their apparent secret origins. What follows, then, is a brief glimpse into the history of one of the most intriguing organizations in history.

Official history and mainstream scholars will date the Knights Templars’ beginnings at 1118 at Arginy Castle in Lyon, France. However, there is ample reason to believe the organization was active, albeit secretly and unnamed since the late 1080s. Furthermore, as we will look at later, the essence of their order and indeed the secrets they protect may stretch back even further.

Officially their order, consisting of only nine knights, would protect Christians during the crusades to Jerusalem. However, it would appear they spent the first nine “official” years of their existence excavating under Temple Mount. Some researchers have even suggested that they had discovered the remains of Solomon’s Temple. It would appear as well as untold riches (the order seemingly became extremely wealthy overnight) they also discovered secrets. Secrets so great, they would rival the information eventually revealed in such writings as the Dead Sea Scrolls and the Gnostic Gospels. Some have gone even further and speculated they may even have found the Ark of the Covenant.

Whatever it was they did find, they would suddenly pack up all of their belongings into five large caskets, and head back to France. Upon their return, the Templars began to grow in number. The Grand Master of the Order, Hughes de Payens would use their increasing influence with the Catholic Church, and before long the Knights Templar were the most influential organization in whichever country they based themselves. Incidentally, this would include most of western Europe, and England and Scotland.

Anyone who wished to join their ranks – and many people did – would have to pledge poverty and so hand over any riches or land they owned. This also served to greatly increase the wealth of the Order. And the Order would continue to grow for almost two centuries. 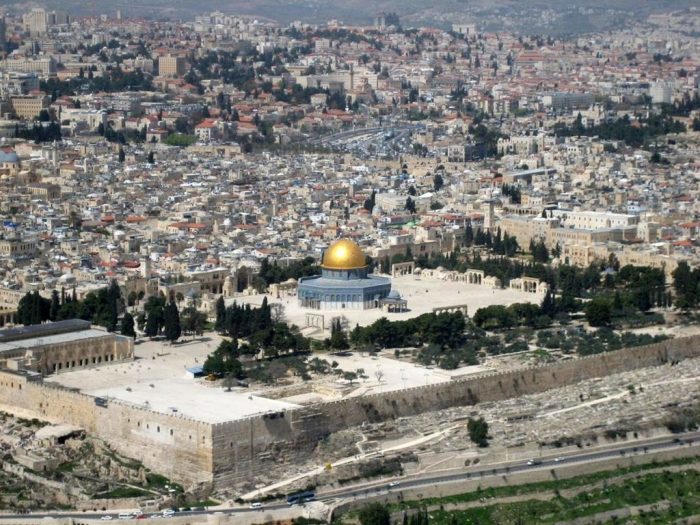 Because of their vast wealth, the Knights Templar would serve as the bankers of their time. They would loan small amounts to civilians for any number of reasons. They would also, however, lend vast amounts of money to royal families and families of great influence. Not least of which to assist them in their various “holy” wars. One of the people who was indebted to the Templar Knights, both financially and for the protection they offered him was King Philip of France. It is perhaps because of this that he would ultimately plot, and succeed in large part, to having their Order destroyed. He would use accusations of heresy to do so, even securing the orders of the Pope (who at the time was essentially a puppet to Philip anyway).

Sealed orders would go out to soldiers stationed at Templar bases all over France. They were not to be opened until the previous evening. And at the same time. It was a meticulously and brilliantly schemed operation, dark and cowardly as it was.

At dawn on Friday 13th October 1307, Templar bases were raided all over France. Many knights died defending their territories. Some claims state many were slain while sleeping. Many others were taken prisoner and would soon face any manner of horrendous torturous devices and methods in order that might repent.

The major stronghold in Paris, however, was not quite as straightforward for Philip’s soldiers. It would appear that a warning had reached this location. Not least because the treasure and riches Philip very likely expected to find there were now gone. 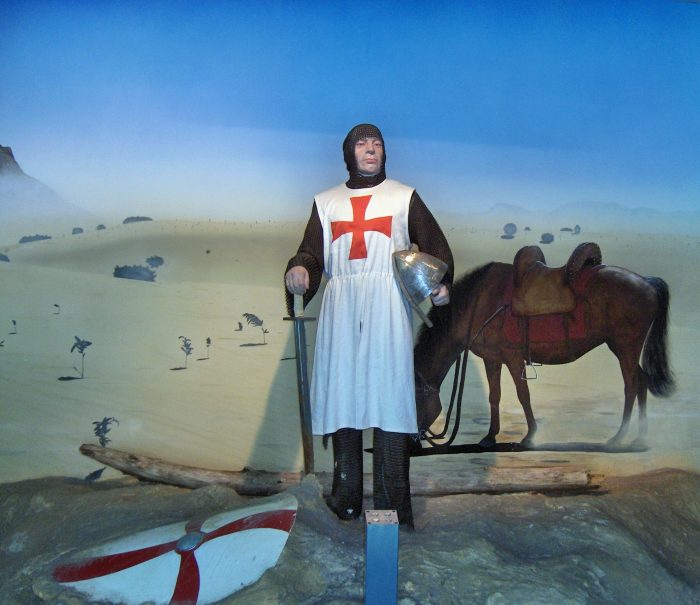 Escape and Connections To The Freemasons

While authorities would capture many knights, including the serving Grand Master, Jacques de Molay, many more escaped. What’s more, according to writings of the raids, those knights who remained at the Paris stronghold made no effort to leave. They simply stood their ground and fought until they were killed or captured. All the while, it would seem, those chosen knights and more importantly their treasures, and secrets, were heading to the coast of La Rochelle. From there, they would load Templar ships with as much as they could carry. Then, they ventured off into the Atlantic Ocean.

Here is where the trail begins to blur into fact, legend, and speculation. While we know some Templars would go to Portugal and Scotland (which was a particularly safe haven for Templar Knights), other ships would sail towards the land under the “Star of Merica”. It perhaps doesn’t take a genius to see the likeness to “America”. And if the legends are true, this was exactly where many Templar Knights arrived.

In their book, ‘The Hiram Key’, authors Christopher Knight and Robert Lomas, both Freemasons themselves, documented the Templars’ arrival in what would be the United States as far back as 1308. They further document other Templars’ arrival and settlement in Scotland, perhaps in particular the St. Clair family (who are now the Sinclairs). We have looked at some of the intriguing elements of Rosslyn Chapel, for example, built by the St. Clair family in the fifteenth century.

They would also document how the organization continued in Scotland, eventually morphing into the Freemasons in the seventeenth and early eighteenth century.

Links To Ancient Egypt and Beyond

In the same book, Lomas and Knight would investigate the origins of Freemasonry. And after establishing links to the Knights Templar, they would make some startling revelations. In it, they traced the rituals of what eventually became Freemasonry right the way back to the secret king making rituals of ancient Egypt. They would claim that Harim Abif, who most Masonic scholars claim is a character in an allegory only, was actually Seqenenre Tao II, an Egyptian king, murdered in the same way as Abif is in the Masonic story.

Furthermore, they would, through a remarkably detailed set of circumstances, state that Seqenenre Tao II was an ancestor of who the modern world knows as Jesus Christ. They would claim “Jesus” was really the leader of the Qumran community. And that he was not divine but was merely a man and rightful (and literal) King of the Jews. While many would reject their findings, they present an extremely tight and convincing argument.

Of course, if they were even close to being true, not only would it uproot religions around the world, it would drastically change the history of humanity. Their influence on the modern world, though, is perhaps on show most openly in America. 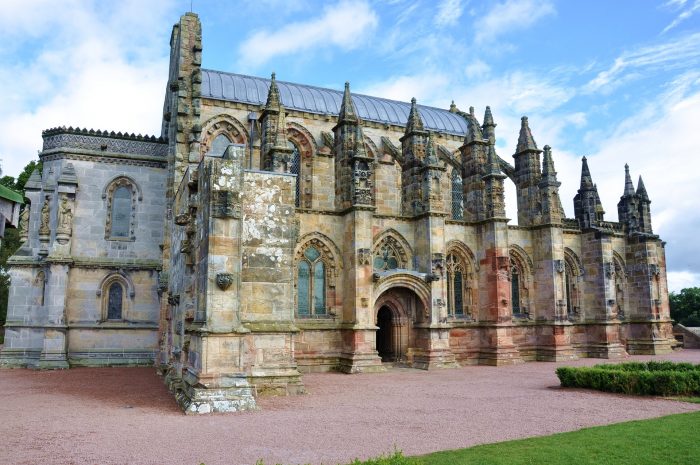 The Creation of the “New World”

Whether the Templar Knights did arrive in America sometime in 1308 following their escaping France is open to debate. There are several Templar-style buildings in the American north-east, however. And several Templar graves, including that of James Gunn. It is almost certain that Henry Sinclair landed in Nova Scotia in 1398. And then traveled down towards what is now modern-day Boston and Rhode Island. According to some researchers, regular travel between North America and Scotland took place throughout the 1300s and 1400s. Long before Christopher Columbus “stumbled” on to the “new world” in 1492. The carvings of maize and aloe in Rosslyn Chapel are a testament to these trips.

There are also the substantial rumors of treasures and perhaps ancient documents buried somewhere deep under Oak Island. There have been numerous attempts to enter into the purposely built tunnel systems, but all have ended in failure. A unique “flood defense mechanism” purposely floods the network in certain areas. Many believe there will be a “secret” procedure of how to enter the network unharmed. What that might be, however, has eluded researchers and treasure hunters so far.

If we accept that the Knights Templar, and more specifically the secrets they possessed and protected, morphed into the Freemasons, then perhaps the biggest signs of their influence on the modern world is in the founding and foundations of America itself. Even the moon landings were awash with such Masonic symbolism, itself expressing links to the rituals of ancient Egypt.

That the “demise” of the Knights Templar and Friday the 13th are immortalized should draw our attention to them. And the secrets they held. Many of which would appear to stretch back to absolute limits of antiquity. 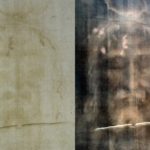 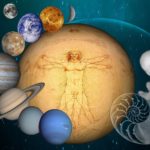 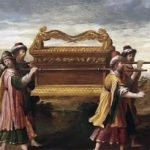