There is no doubt that so-called secret societies exist. And that is just the ones we know about. Whether these groups are simply a select collection of individuals with similar interests, gathering for networking or spiritual advancement, or whether their existence involves something altogether more sinister is precisely what keeps these organizations in the spotlight. 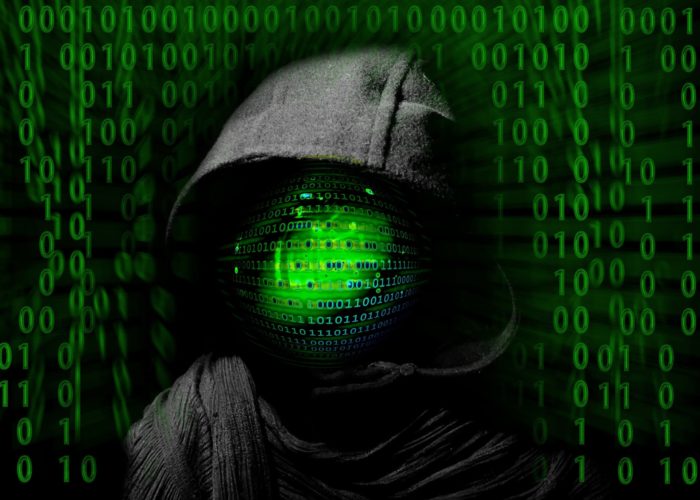 Many of us are familiar with the Freemasons for example. Many more will be aware of the Illuminati. Some people believe these groups to be one and the same. The Freemasons are certainly very interesting, and their intertwining with the Illuminati goes back hundreds of years.

Some researchers, even go as far as to say these secret societies go back to Ancient Egypt, Babylon, and Sumer. They certainly appear to lean heavily on esoteric (or forbidden) knowledge and symbols from this time. Perhaps the most obvious of these is the “All Seeing Eye of Ra” that is on each dollar bill in circulation and is also widely connected to the Illuminati.

The Founding Of America

According to author and researcher, Manly P. Hall, the United States was essentially a “Masonic experiment”, which was designed to allow the Freemasons to “dominate the world!” While this assertion appears crazy on the surface, there are many reasons as to why Hall arrived at such a notion.

For example, of the thirty-nine men that signed the US constitution, thirteen of them were known to be Freemasons. The Constitution itself has deep Masonic connections, with large parts of the text practically identical to the 1723 publication, ‘The Constitutions of the Freemasons’ by James Anderson. Anderson was a British Mason and was apparently a huge influence on Benjamin Franklin, one of the most influential Americans in history, and himself a member of the Freemasons.

In particular, notions such as “one man, one vote”, the right to free speech and citizenship are just some of the lines of the constitution that are essentially the rules of Masonic lodges throughout Britain and Europe.

In total, fourteen (known) Freemasons would become President of the United States. Even the Inauguration and the Oath taken upon taking office has its roots in George Washington’s Masonic connections and beliefs.

In fact, it is a British Freemason who was considered by Thomas Jefferson to be “the real founding father of the United States!” Considering Bacon never set foot on American soil, that is quite a statement.

Sir Francis Bacon was certainly ahead of, and one of the sharpest minds of his time. Again, Bacon had many Masonic connections and was heavily involved in the setting up of the Virginia Company in 1604.

Symbols and Signs of Washington, D.C.

It isn’t purely in the names of the people who “built” America, it is sometimes in the buildings of America themselves where such Masonic influences reside.

Some state, for example, that the Capitol Building is nothing more than a recreation of Solomon’s Temple. Even the commencing of its building happened following a full Masonic ritual.

Another interesting feature is the obelisk that sits opposite the Capitol Building and its connections, not only to Ancient Egypt and lost knowledge of the secret societies but to the two other apparently Illuminati control hubs. Remember, Washington D.C. (District of Columbia) separate to the United States of America. In truth, it is a corporation. This is the same in the City of London and Vatican City.

These three apparently independent states (essentially sovereign countries) are apparent “hives” of the shadow government that controls the world. Interestingly, as well as the obelisk in Washington D.C., both Vatican City and the City of London boast their own, in very similar geographic locations.

Even the street layout of Washington D.C. is of interest. When viewed from above (or on a map), they appear to take on a Satanic pentagram. Furthermore, the lowest point of the pentagram is the White House. What is of interest here are the often-repeated claims of how Satanism is rife in Masonic lodges and other secret societies.

The White House itself is awash with connections to the Freemasons and also underwent the full Masonic ritual as the aforementioned Capitol Building. Many of the builders who worked on the White House were Freemasons specifically moved to America from Europe due to their knowledge of Masonic procedures and craft.

The video below looks at these connections a little closer.

Although not as widely known in the mainstream, but certainly well-known in conspiracy circles is the extremely secretive Skull and Bones society. It resides within one of the most prestigious colleges in the United States, Yale University. Each year, promising new members are singled out by “Bonesman” and “tapped” for entry into the society. There are only fifteen new members each year.

The origins of this most secretive organization go back to 1832 when following a trip to Germany, Yale student, William H. Russell, in all probability influenced by the teachings of the Masonic lodges there, would set up the Skull and Bones society with fellow student Alphonso Taft.

Some mainstream historians insist this was nothing more than a reaction to their failure to gain entry to an already established Yale fraternity, Phi Beta Kappa. Whatever the reasons, the Skull and Bones remained off limits to anyone but its members. And its members would soon prove to be some of the most influential people in American history.

Such powerful American families as the Rockefellers, the Adams, and the Whitney family have members on the group’s books. Political commentator, and hugely influential, William Buckley was a member. As was Morgan Stanley, and US president, William Taft.

Perhaps the most surreal moment concerning this elusive society came in 2004 during the US election. Both the incumbent George Bush and his Democrat opponent, John Kerry were both revealed as members of the Skull and Bones. As is the absolute secretive policy, neither would speak about any aspect of the group. Perhaps the fact that both Bush and Kerry were part of the same secret society should raise alarm bells.

You can check out the Bush and Kerry moment below.

The Best Minds, Or Dark Inspirations?

Many members of the Skull and Bones group are not well-known names. However, they still hold very powerful positions within such organizations as the CIA or the FBI. Others sit high up in the media or film industries. Perhaps this is simply a reflection of the “best minds” of one of the most select groups fulfilling their potential. Or perhaps, as some people believe, it is the result of the members in such powerful positions manipulating fellow members into similar positions. Essentially, taking control of all aspects of modern life.

What little we know of the Skull and Bones activities and just what happens at their headquarters – named “The Tomb”, a windowless building – does little to dampen the notion of sinister intentions.

Inside The Tomb are priceless, if morbid, artifacts. These include silverware that once belonged to Adolf Hitler. Even the head of Geronimo resides within the walls of the Skull and Bones society. Apparently, a gift from grandfather and father to both Bush presidents, Prescott Bush if accounts are correct.

According to researchers, new members enter The Tomb and remove their clothing. Naked, they lay in a coffin and tell the other members anything that can leave you open to blackmail, including an entire history of your sexual partners. This “ritual”, interestingly, falls in line with some of the claims of a shadow government. According to some, this is how they keep their “puppet politicians” in line.

The video below looks at the Skull and Bones society a little closer.

Although it is more widely discussed now, for decades the Bilderberg Group meetings were little known about in the public arena. Beginning in 1954, one-hundred of America’s and Europe’s leading politicians, bankers, and people of influence would meet, by invitation only, to discuss world events and “how to promote democracy!” This first meeting took place at the Bilderberg Hotel, but the venue changes each year.

Some people are suspicious of the group’s plans, however. No mainstream news coverage ever appears of the event. Only with the Internet and the alternative platforms have the events become more widely known. The fact that many of those in attendance literally own some of these mainstream news channels is perhaps telling enough.

The video below looks at the Bilderberg meetings.

Many believe the topics of discussion likely revolve around how to manipulate world events in their own interests. The fact that many people who receive invites to attend these meetings go on to be in huge positions of power shortly after, including world leaders, is another reason to look a little closer at the group. These include US president, Bill Clinton, and controversial British prime ministers, Margaret Thatcher and Tony Blair.

Famous names such as the Rockefellers, the Rothschilds, and the Fords regularly attend the annual gathering. The same names, coincidentally or not, that come up again and again in research of the many interlocking secret societies. Or, perhaps for short, the Illuminati.

The video below looks at the role of secret societies, including the Bilderberg Group in a little more detail. 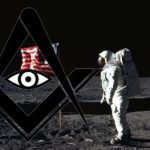 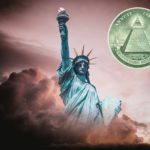