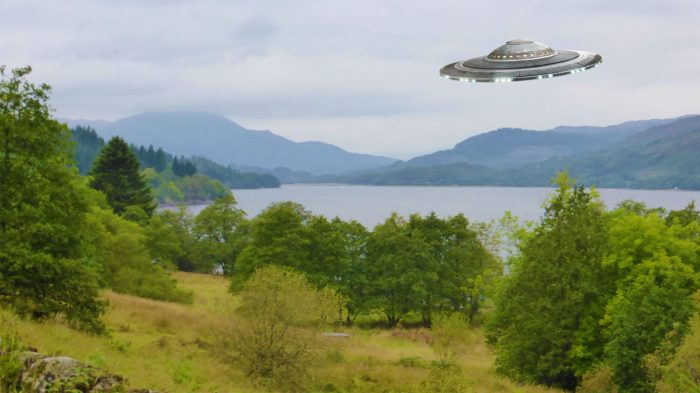 For its size, Scotland has more UFO sightings than almost any other country in the world. A great many of these hundreds of yearly sightings, take place in an area known as the Falkirk Triangle.

The region lies between Falkirk and Bonnybridge to the east and west respectively, and Stirling to the north. The reports are as strange as they are varied, but they are certainly consistent. Reports of orbs, light, strange objects and even “spaceships landing” on the ground are all on record. Even claims of portals, ancient stargates and wormholes had been subject to extensive investigation.

Given all the sightings in Scotland, not to mention the vast amount that occurs within the triangle itself, [1] it would seem there is certainly a case to requires answering in terms of something out of the ordinary taking place.

Before we look at some of the strange incidents, check out the video below. It is a brief look at why Scotland is very much a UFO hotspot.

We have written before of the Livingstone Incident of 1979 and Robert Taylor’s chilling experience in the woods near the motorway. It is certainly one of Scotland’s better-known sightings, and possibly one of alien abduction. There were, like most places in the world, regular reports of UFO sightings over the skies of Scotland throughout the 1980s. [2]

Since the early 1990s, however,  such reports have skyrocketed. In 1992, a local businessman, James Walker claimed to have seen strange lights in the sky while driving home. They appeared to be following his vehicle. The more he studied them, the more he could see they were, in fact, a distinct triangular shape.

Another report came the same year from Issabella Sloggett and her daughter, Carole. While enjoying a walk in the countryside and heading towards the small town of Bonnybridge, they could clearly see a “circle of light” ahead of them.

They continued along their route but would keep the strange lights in their sights. They would later describe seeing the lights “land in a field” in front of them. Equally intrigued and unnerved, they proceeded on their journey.

Moments later, a “football-sized blue light” hovering above them would descend and block their path. Issabella would state later in her report that following this, a door opened on the craft in front of them. They each then heard a “howl-like sound” which terrified them so much they would turn and run.

Check out the video below. It is a UFO report regarding a sighting in Falkirk from UK Breakfast television in the mid-1990s.

The small town of Bonnybridge would appear to be the epicenter of these UFO sightings. In 2015 over the three-hundred reports would come from this small town alone.

What’s more, many of the sightings have multiple witnesses, making them altogether more credible. In 1989, a fire crew would make a report of a “red object” that approached their fire engine as they battled a fire. According to the report, it would hover for several moments before speeding away. However, a second object then immediately appeared. This one an intense bright white. Similarly, it would head towards the crew before zooming off.

In 1991, two photographers witnessed strange lights, which they at first believed to be helicopters, moving through the sky. They would hover for several moments before changing their location. What would alert the pair to their strangeness was the complete lack of sound.

Another such sighting would occur in 1994, in front of an entire team of cleaners on their way to their shift at the Grangemouth oil refinery. All clearly witnessed persistent and bizarre “flashing lights” in the sky overhead.

Ron Halliday has studied the area and the claims extensively for years. While he agrees that over three-quarters of the reports have reasonable explanations, a great many simply don’t. Some of these encounters have even found their way on to film and photographs.

Scottish politician, William “Billy” Buchanan, [3] would even bring evidence of the sightings to the attention of successive British Prime Ministers in John Major, Tony Blair, Gordon Brown and David Cameron. He recommended serious investigation and resources to the area, stating residents were “seriously scared” about the sightings.

Each time the response came back that the Ministry of Defense is “satisfied that there is no evidence” regarding concerns of UFOs.

Whether it is coincidence or not, Rosslyn Chapel resides within the boundaries of the Falkirk Triangle. The centuries-old church is one of the most mysterious buildings on the planet and a conspiracy in its own right. And it is easy to see why.

As well as having its own share of UFO sightings to boast about, many believe a portal exists on the grounds of, or even within, the chapel itself. Some even site this as an explanation as to the huge number of sightings in the region. That the portal is essentially a “wormhole” to another part of the universe. One which aliens are seemingly using to travel between their world and ours.

Author, Brian Allan, believes the portal not only exists but “sinister forces right here on Earth” [4] also know about it. Not only that, according to Allan’s theories, these sinister forces already possess the knowledge to use the portal.  Allan further believes that “specific frequencies” will open the portal should they be re-created within the grounds of Rosslyn Chapel.

There are several interesting things about Allan’s references to frequencies. Nikola Tesla would once state that to understand the universe you had to understand “frequency and vibration!” This has proven and continues to prove very true.

Due to the strange patterns on the equally strange cubes that hang from the arch inside of the chapel, many investigators have suggested the art of Cymatics [5] as being the key to unlocking any portals that may exist. Cymatics involves powder on a metal sheet, that will arrange itself into a shape or symbol once a frequency causes the plate to vibrate. When the frequency changes, so will the resulting symbol.

The video below looks at Cymatics.

Signs Of Advanced Knowledge In The Stonework?

Of course, if there is any truth to the theories that Cymatics is key to unlocking the cubes of Rosslyn Chapel, that presents another question. One which can also be asked of other aspects of the building.

Ernst Chladni would be the first person to conduct research into what would evolve into Cymatics in 1787. This was almost three centuries after the chapel, and the cubes came into existence. So, does that suggest some kind of advanced knowledge of a science and theory still unknown (then) to humanity?

There are other such examples of knowledge in use before its time. In the pillars of the building are various carvings of vegetation. Perhaps one of the most prominent is that of maize, something that was almost half-a-century from “discovery”, and therefore the knowledge of Europeans.

If there was this mysterious access to knowledge in the possession of the builders (or at least the architect) of Rosslyn Chapel is true, where did it come from? Furthermore, what else might they have known that we are perhaps still not aware of today? Might these be the “sinister forces” who Brian Allan refers? And might this mysterious building and all its legends have connections to the plethora of UFO sightings reported over the skies of the Falkirk Triangle?

Check out the video below. It looks at the vast amount of sightings in Scotland, and in particular the areas around Bonnybridge. 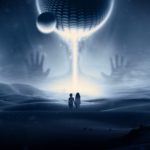