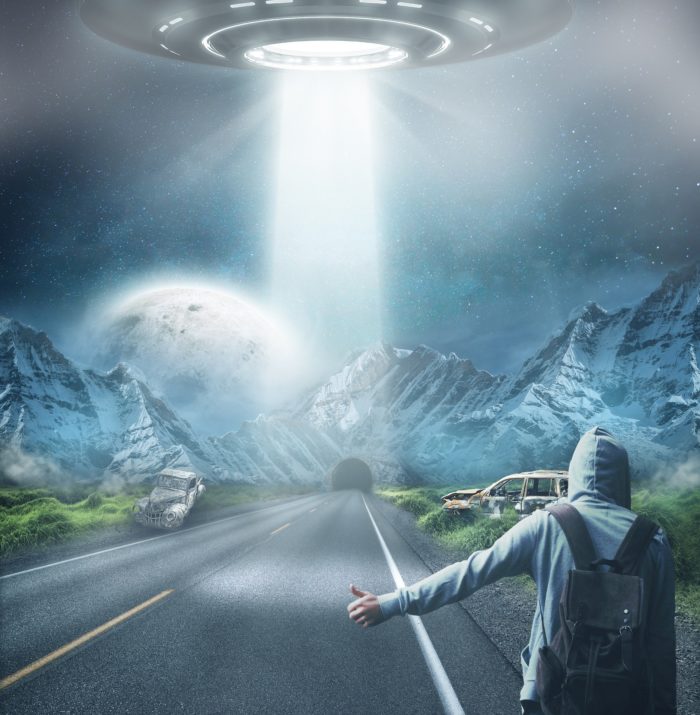 While you might imagine there would be strong signs of something untoward having occurred following such a traumatic experience as alien abduction, many people, even those who suffer such regular encounters, are not aware of anything out of ordinary. This, despite what might have been a wealth of “signs” of such events. These signs often lead people to seek hypnotic regression, when very often, a trove of encounters are revealed.

I there a typical process behind alien abduction?

From the statements of the many people who have suffered abductions at the hands of cosmic visitors is a list of sorts of key “giveaways” that might indicate these events are taking place. Even if you are not consciously aware of it. That is not to say that should you experience one, or indeed several of these, that it is a foregone conclusion you have been taken by entities from another world. However, if you are starting to ask yourself such questions anyway, it is perhaps worth taking a look. If only to file the information away should it become suddenly relevant in the future.

There are, of course, the very obvious signs that something isn’t quite right. Such things as “missing time”, for example, where you suddenly realize you can’t account for anywhere from several minutes up to several hours. This is perhaps the single most telltale sign of alien encounters and is often what propels people to seek such treatments as hypnotic regression to unlock hidden memories.

Any unusual markings on your body is another indicator of strange, other-worldly activity. These are often similar to laser marks from surgical procedures. These can be found anywhere on the body, although they are often found in the nose, arms, or back of the legs near the ankle. Of course, on occasion, these scars are revealed to contain implants just under the skin. Often these implants come to light while investigating completely unrelated health issues are through dental check-ups.

With this in mind, these implants are often discovered following sudden nosebleeds in the abductee. Often, people who go on to discover they have been abducted in such a manner will awaken to discover they have suffered a nosebleed during the night. This can be particularly alarming when it happens repeatedly and when the person has not previously suffered from such incidents.

A sudden persistent feeling of anxiety is often reported. As is the feeling of having to “remain vigilant” and ready to leave at a moment’s notice. This is perhaps mirrored in the sudden need to constantly check that doors and windows are locked and secure.

The Moments Between Conscious and Unconscious Mind

Those moments going into and coming out of sleep are particularly important when looking for signs of alien abduction. Often people will recall hearing strange noises during these surreal moments where the conscious mind is surrendering itself to the unconscious. Some report strange tapping noises. Others hear voices in conversation which although audible is not loud enough to make out any actual words. One abductee would even state that on multiple occasions the last sound he would hear when falling asleep was similar to “an 18-wheeler (which) was idling outside my room”.

Sleepwalking or waking up in a different place to where you fell asleep can be another strong indicator of strange goings-on. As can going to bed clothed and waking partially or fully undressed.

On the other side of that, however, is the sudden onset of insomnia, often prompted by intense nightmares. Many abductees report these disturbing dreams often feature animals such as owls or coyotes or “animals with large eyes”. This is perhaps indicative of contact with “gray aliens” and how the conscious part of our minds attempts to make reason out of the experience. Some also report dreams of “flying” or “falling but not reaching the ground”. Others begin to notice they have regular dreams of disaster and destruction. Often these dreams are against an “end-of-the-world” backdrop and described as being extremely real.

Some people also report having intense nightmares involving doctors standing over them. In fact, these fears of doctors (or others in positions of authority such as police) appear to stray into the waking world, with many abductees speaking of irrational fears of such people. Even worse are the accounts of people waking suddenly with an intense feeling of fear, although with no reason why. 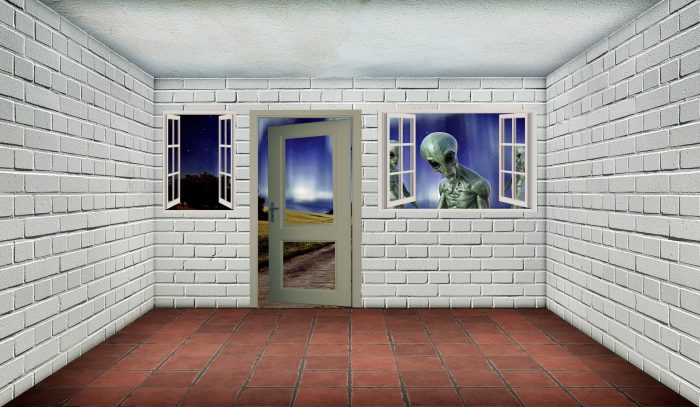 Perhaps the most disturbing symptom of all is the sudden onset of sleep paralysis. This is a genuine condition where the mind awakens but there is a delay in the body responding. This causes instant panic in the person experiencing it, although most episodes last only for several seconds. Many abductees often realize they began experiencing these episodes following their abduction encounter.

There are also many other paranormal incidents that people experience. In fact, many alien abduction cases begin with the person involved seeking paranormal advice as they believe their encounter is with an entity more akin to a ghost or poltergeist as opposed to a flesh-and-blood alien from another part of the universe.

Many people report an almost constant feeling of someone watching them. Even more chilling are the reports of “shadow people” or strange humanoid shadows seen only in the periphery vision which disappears upon a person turning to face it. Some people have even managed to capture these strange shadows on video through the use of CCTV cameras inside their homes. These strange “apparitions” also take on the form of strange fogs or a hazy presence.

Even more disturbing is the sudden malfunctioning of electrical equipment and devices, often when the abductee is in the immediate vicinity. These are often, although not exclusively, accompanied by a persistent electronic “ringing” or humming inside the ears. Many people report a sudden fear of a certain part or room in their home. As if something “terrible” has happened there. Others report apparition-like entities, often hooded and dressed completely in black. Again, while it sounds more akin to a horror movie, many abductees have reported seeing these figures during their encounters.

As well as the dark paranormal activities are the reports from many of sudden psychic or cosmic abilities. Many people begin to have premonitions of the future, either in visions while awake or in dreams.

Some people even begin to experience a sense of “mission”. When their abduction eventually comes to light, rightly or wrongly, this feeling is only solidified in their minds. Many speak of having a “task to fulfill” although they don’t understand why they feel this way. Nor what the task itself might be. The phenomenon of seeing repeatedly the same numbers, most often on a clock (such as 11:11, 1:11, 3:33 etc.) are often retrospectively realized by many abductees. Indeed, many speak of “synchronistic happenings” although are not able to explain their meaning or relevance.

Reports of out-of-body experiences also come from many abductees. What is interesting here is the notion that many of these experiences may be memories of the actual abductions themselves. 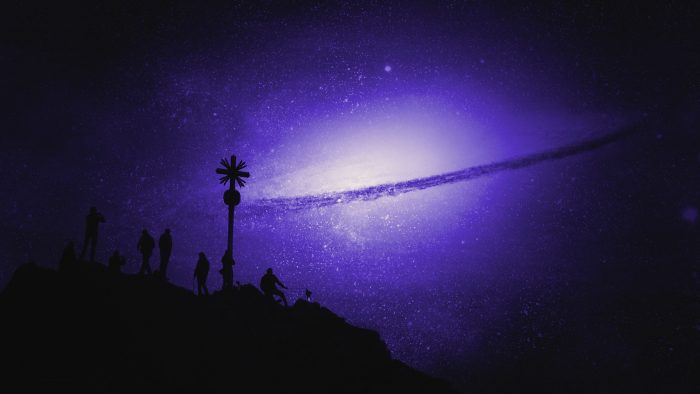 Many alien abductees also suffer a plethora of general health problems. In fact, so normal and trivial are these kinds of ailments that often people will not give them a second thought. Sudden onset of persistent back pain, for example, is often a specific symptom of abductees. As are constant pains in the limbs and neck.

Other such signs are compulsive or addictive behaviors. This can exhibit itself in a multitude of ways and many abductees look back retrospectively in realization of such behavior. Some people have sudden urges to study what appears (at the time) to be random subjects such as astronomy, biology, and even quantum physics.

Sudden fears and phobias often present themselves. These are often of spiders, snakes, heights, or loud noises. While many people worldwide experience fears of these things (and more) it is perhaps interesting that these specific fears show up persistently in apparent abduction victims.

Perhaps most interesting are the reports of a sudden interest in the UFO and alien phenomenon itself. Indeed, many abductees speak of initially having no interest whatsoever in the subject. While some undoubtedly take it upon themselves to research the subject once they begin to suspect, or even when they find out of their abductions, many others have experienced this sudden interest and only made the connection retrospectively.

What’s more, some people believe they sought out others who had similar experiences. They did this, though, before realizing they, or anyone else in their circle of friends, was a victim of abduction. Is this the subconscious mind working? Perhaps one of the sudden “psychic” abilities that many abductees speak of?

While abductees often feel comfortable around other abductees, many become withdrawn from the “real” world around them. As one abductee would state, “Who wants to talk about sports and eat burgers once you are aware of intelligent life outside our planet!” While some might argue for a need for normalcy following such mind-bending experiences, it is also easy to understand that mindset too.

The short video below goes over some of the main signs that might suggest alien abduction.