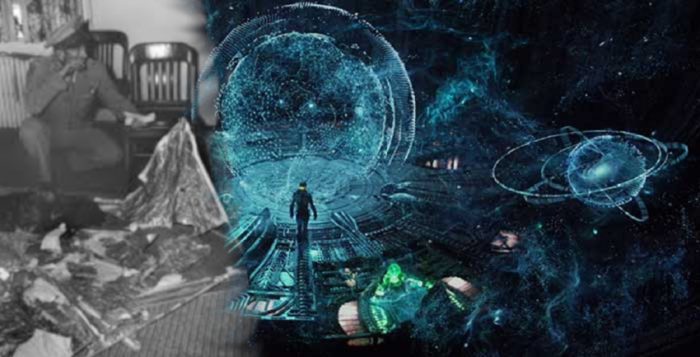 We have examined previously the apparent secret space programs in depth in our case study article. One of the main thrusts of those conspiracies is that alien technology, reverse engineered in secret by the United States’ military and, in turn, controlled by a persistent behind-the-scenes shadow government would result in a whole host of ultra-secret programs, some of which would unfold on other worlds, no less. While many of these claims are dismissed as fantasy by most, the events at Roswell continue to stretch into our modern world. And according to a New Jersey CEO of the American Computer Company, Jack Shulman, the reasons for this are as bizarre and interesting as those of the apparent space fleets circling Earth.

Did alien technology come from the Roswell Crash

According to claims made by Shulman in the late-1990s, he had proof of the reverse engineering of “non-terrestrial” technology (a term most – including Shulman – assume is alien) recovered at the crash site of Roswell, New Mexico. This technology was gifted to certain companies across the United States. They would, in turn, develop and “patent” new technologies, which would then help develop our modern world. Of course, what type of patents and developing of technology away from the public record that might have gone ahead is anyone’s guess. It is certainly a big accusation with huge implications. Aside from the falsehood and the collections of vast fortunes of monies by these companies, if such technology was not the work of a company or an individual, this technology should be freely available to the population at large.

This is something that Shulman would begin to do by publishing their work online. As well as many of the files from which they first began to unfold in what could be one of the biggest cover-ups of the twentieth century.

In December 1997, Jack Shulman, as president and CEO of the American Computer Company in Cranford, New Jersey, would claim to have in their possession proof that technology recovered from the crash site of Roswell was reverse engineered [1] and then patented as great American scientific breakthroughs in technology. Shulman would particularly focus on the patenting of the transistor by the Bell Labs company. And asked a vaguely disguised question as “what if” they hadn’t actually invented their technology? But merely reverse-engineered it?

Although he wouldn’t divulge from which anonymous source, he had obtained it, Shulman would claim that ACC had in their possession a “notebook” – referred to as the Lab Shopkeepers Notebook. This detailed, according to Shulman, in extremely intricate detail, the aftermath of the Roswell crash, and more importantly, what became of the technology obtained from the ruins.

According to these documents, the transistor developed at Bell Labs, most notably credited to Bardeen, Brattain, and Shockley, was, in fact, “provided” to the company. What’s more, when some researchers have investigated the history of the transistor prior to Bell’s groundbreaking technological marvel, there is no obvious developing point between all that came before and Bell Lab’s version.

It is perhaps worth remembering the content of the book by Philip Corso, ‘The Day After Roswell’. In it. Corso, a retired Army Colonel, would claim to have direct involvement in the early-1960s with the task of “untraceably transferring” alien technology from the Roswell crash to such companies as Bell Labs, IBM, and Monsanto. Much like the proof Shulman claimed to possess, Corso would state the orders were that such companies would sign official secrets acts and then develop the technology as their own groundbreaking research. 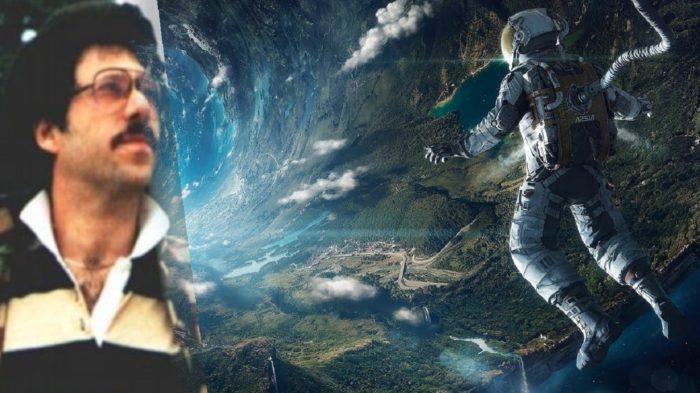 A Tirade Of Real And Virtual Attacks!

ACC’s main bulk of income comes from making PCs and hosting web servers. This would come under very real attack from various angles. And not just the verbal attacks denouncing them as just a “one-room office in a busy complex”. Or that the company didn’t even exist and those involved were likely confidence tricksters and con-artists. They would also suffer literal break-ins at their headquarters. And even the planting of classified documents in an attempt to bring legal proceedings. Furthermore, it would appear “operatives” would purchase machines and then not pay for them. Essentially stealing equipment and leaving the company out of pocket. To say somebody, somewhere, was not happy with the claims of Shulman and ACC would be an understatement.

We have to ask, if Shulman was merely a “madman” ranting nonsense, why would such companies attempt to quieten him? And why with such zeal? There is no outright proof to directly connect such media giants to these acts of intimidation. Their timing, however, is more than suspicious. As were the sudden “personalities” who would engage in “Internet rants” and spread false information about ACC and Shulman himself. These are perhaps particularly ominous. Especially if we look at how political votes over the United States and right across Europe are under apparent attack. And they remain open to attack from “Internet trolls”, whose aim is far from mischievous. And more in line with changing political outcomes via this new form of a digital propaganda war.

In short, this action failed to make Shulman come across as a charlatan looking for attention and money. Instead, he increasingly appears to be a person making legitimate claims. Claims regarding huge portions of our recent collective history.

More Than Monetary Gain, We Could Revolutionize Our World!

While it may seem a safe assumption that, leaving aside the claims of probable extraterrestrial technology for a moment, that a company being favored and awarded a contract is simply the free market. As is them benefitting immensely both in name and financial fortune from that contract. However, perhaps we should consider the source of the technology. And more specifically, what it could mean to humanity as a whole in terms of completely revolutionizing how we live. As well as a much “greener” approach to the planet in general. Then, it does take on a more unsettling tone.

For example, what if the claims of anti-gravity propulsion and “free energy” as a result of alien technologies are true? Then in all likeliness, one of these private companies already has the technological knowhow. And no legal requirement to share it with the rest of the world. We have examined before, for example, about a world that wasn’t reliant on “fuel” and could instead generate and harness free energy. Even mainstream scientists admit this energy exists in “empty space”. And, more to the point here, the only “downside” would be for those who currently make unthinkable fortunes from the oil industries. And the industries that, in turn, connect to them.

As idealistic a notion as it might be, a world with “free energy” would bring drastic change. As would the whole host of other “non-terrestrial” technologies surely available. We would likely see the whole concept of “money” and its use become drastically different. As indeed, would our planet. And even how we as a collective, view life and the Universe as a whole. That’s how important it just might prove to be!

The video below features Philip Corso speaking a little more about his claims. 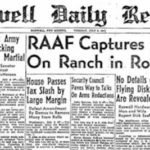