Perhaps enveloping all aspects of the UFO question is the alleged cover-ups and suppressing of information that many claim have, and continues to be, actioned by many of the world’s militaries and governments. Indeed, perhaps a conspiracy within the UFO conspiracy itself is that many of these discreet agencies work above each nation’s respective government in order to maintain such secrecy.

Is there a covering up of UFO evidence? And if so, what might the reasons for that cover-up be? Might it be, as has been suggested over the years, to prevent panic among the wider population should alien visitors from outer space suddenly become a reality?

Or might the cover-up revolve around possibly recovered extraterrestrial technology that each nation wishes to keep to itself in an effort to reverse-engineer and use to their own military advantage?

Perhaps a meeting between, albeit a limited number of humans and these alien visitors has already taken place. Might there be, for example, any credence into the allegations that such a secret meeting resulted in a discreet arrangement for highly advanced alien technology in return for access to the human population and the deeply dark phenomenon of alien abductions that would sweep across the United States, and other parts of the world from the 1960s onwards?

Maybe the reasons for the covering up of UFO visitation revolve not so much around the extraterrestrials themselves but the vehicles they arrive in – specifically, the propulsion systems and the energy used to power them. Might such technology help solve the world’s energy crisis but also hit the profits of those in charge of the energy industries? And where do the Men In Black fit into all of this?

As we might imagine, the claims of conspiracies and cover-ups in the UFO community are as big as the subject of UFOs itself…

Although we now know of a wealth of accounts of UFO activity and even crashes before 1947, the Roswell Incident in Roswell, New Mexico is largely regarded as the incident that kick-started the intense interest of the world’s public, as well as the soon to become regular activity between these disc-shaped crafts from other worlds. Just what did take place that summer’s evening in 1947…? 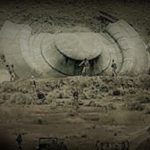 The Kingman UFO Crash – A Discreet Downed UFO That Slipped Under The Radar?

Like many apparent cases of UFO crashes, the Kingman incident is one that is surrounded with controversy, not least due to the seemingly embellished and outright manufactured claims by some of the witnesses. However, mystery still surrounds the incident, and there remains doubt as to whether there might be at least some truths to these bizarre and thought-provoking claims… 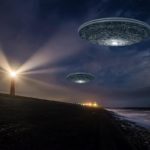 The Boston Stump Incident And The 1996 UK UFO Wave

In October 1996 two strange lights were reported by several members of the public in the United Kingdom, including police officers, and was seemingly picked up on military radar. Despite, this the sighting was put down to a radar echo caused by a spire in the town of Boston. However, this explanation did not sit well with all, including those who had witnessed the lights. In fact, such was the interest in the case, it was even brought up in the Houses of Parliament… 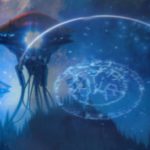 A bizarre sighting of a jellyfish-like UFO over the Russian town of Petrozavodsk in 1977 – an incident witnessed by hundreds of people – is quite possibly one of the most well-known and potentially credible UFO sightings in Russian history, perhaps not least due to the physical left behind following the encounter. Despite this, it was officially dismissed as nothing more than the optical illusion cause by a rocket launch. However, closer examination would appear this explanation simply doesn’t stand up… 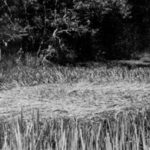 The Tully Nest sightings are arguably one of Australia’s most intriguing and well-known UFO encounters – one that left physical evidence behind, to boot. They came at a time when Australia was experiencing a particularly high volume of UFO encounters, and remain some of the most discussed, investigated, and mysterious incidents on record… 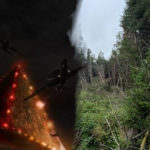 The Pentyrch UFO Crash – A Cover-Up Of A Downed Alien Craft By The UK Military?

The Pentyrch UFO incident could quite possible prove to be one of the most important claims of crashed UFO in history, and one that appears to have many more secrets left to reveal. Not only were there multiple witnesses to the UFOs themselves, but also corroborating witnesses who claimed they hears a huge explosion a short time after the objects appeared. One of those witnesses claims that the UK military are covering up the event… 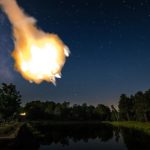 The Discreetly Intriguing Carbondale Case – A Downed UFO In Pennsylvania

An apparent downed UFO case in Carbondale, Pennsylvania in the opening weeks of 1974 is one that is controversial, even in UFO circles. While many researchers and enthusiasts suggest the incident has been subject to a huge cover-up, others, including many UFO investigators insist the incident was nothing more than a mistakenly sighted meteor and an opportunistic hoax. What is certain, though, is that the Keystone State has been active with UFO sightings for decades… 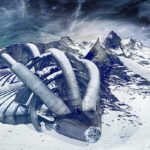 Although it is little known outside of UFO circles, an alleged downed UFO from the final days of the Soviet Union is perhaps one of the most intriguing cases on record, not least as it was investigated by leading UFO researchers who would even claim to have located the crash site and viewed the otherworldly vehicle for themselves. However, like many such incidents, it would appear that the event was covered over by the authorities leaving many unanswered questions three decades later… 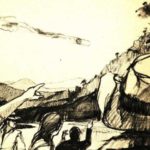 The Tarija Case: UFO Crash In Bolivia Witnessed By Hundreds!

Although it is perhaps little heard of outside of South America, an alleged UFO crash in Tarija, Bolivia in May 1978 is arguably one of the most credible and investigated of such cases in the entire continent. What’s more, there appears to have been a heavy United States presence in the region in the immediate aftermath of the event, with some claims that the wreckage left Bolivia on a United States military cargo plane… 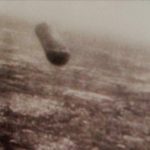 The Cecconi UFO Incident: Photographic Evidence Of An Extraterrestrial Vehicle?

A sighting of a cigar-shaped UFO in the summer of 1979 over Italy is not only one of the most credible on record due to the witness being an experienced air force pilot, but because multiple pictures were captured of the potential extraterrestrial craft, some of which eventually made their way into the public domain. What’s more, there were several other sightings and encounters with cigar-shaped UFOs during this period of time, both in Italy and around the world…

In the summer of 1963, an apparent UFO case would, for a time, capture the attention of the British public. Not only was a crater mark left, but there were rumors of pieces of wreckage as well as strange sightings in the sky on the night in question. However, things quickly took a strange turn when an apparent hoaxer came forward to admit to being behind the incident, only for him quickly take back his confession throwing the case up in the air once more… 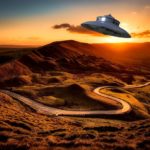 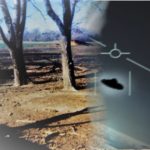 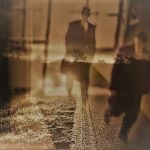 The Men In Black – Who Or What Are They?

Although a UFO incident of a cigar-shaped UFO allegedly “crashing” into the waters of Lake Backsjon in Sweden in the summer of 1999 was only a few moments long, it was witnessed by several people. What’s more, it would evoke a response from the Swedish military that would result in Operation Sea Find. The operation was in place for several days but allegedly discovered nothing of significance. Just what did happen that afternoon over southern Sweden…?