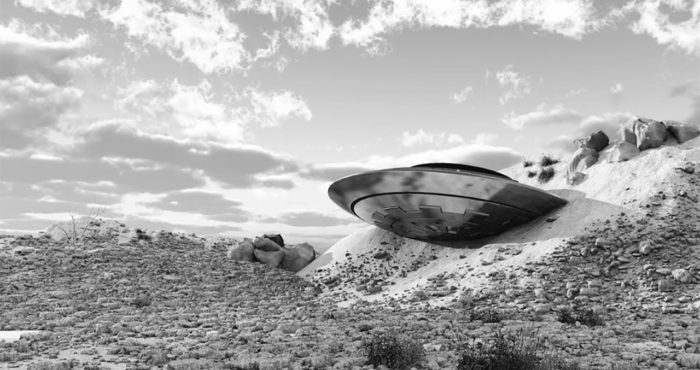 Before the United States entered the Second World War, in the early spring of 1941, something very much out of the ordinary occurred. Somewhere in the quiet, rural countryside of Missouri around fifteen miles away from Cape Girardeau, a strange, out of control object screamed out of the night sky. It slammed into the rocky ground, killing those on board.

Depiction of a crashed UFO

The incident had long existed as legend or folklore, but when a lady named Charlotte Mann began to speak publicly of the night her grandfather received a strange phone call in response to the apparent crash, it would make UFO researchers and enthusiasts reassess the account. And in some cases begin to dig deeper.

According to Mann, after leaving the house late that evening, her grandfather returned home with a strange tale to rival the strangest of strange tales. Before he began, he stated clearly and precisely, “You can never repeat it, and I will never speak of it again!”

Although Charlotte would begin to speak of the encounter in the late-1970s, it wasn’t until she gave full interviews with UFO researchers throughout the nineties that the full story began to present itself. These interviews would result in several investigations and subsequent books. One of the most recent for example is ‘Covert Retrieval – Urban Legend or Hidden History? World War II Era Close Encounter in the Missouri Countryside’.

It would be a little over four decades after the incident, around 1984 when Charlotte – now a woman in her early fifties – began to piece the events of that April evening 1941 together. Her grandmother was in the final, ugly stages of cancer, and it was during this time, while Charlotte would sit and talk with her, that the other-worldly events [1] began to reveal themselves.

She already clearly remembered that night first-hand. The photograph. Her Grandfather speaking calmly, almost solemnly, of what he had witnessed. And that he warned none of them must ever speak of the incident again.

It was somewhere between eight and nine in the evening when the phone rang out, summoning Reverend William Huffman to attention. He placed the receiver to his ear for several moments, speaking a little here and there, before hanging up and gathering his coat. A car would be coming to pick him up.

At the time, thirteen-year-old Charlotte Mann had no idea of the content of the conversation, or where her grandfather was going. She learned later from her grandmother that the call had come from a military base nearby. On that spring evening, however, each believed the call to have come from the local sheriff. It seemed there had been some kind of aircraft crash. Her grandfather, Charlotte believed, was to attend to administer last rites to the dead or dying. She was half correct.

Charlotte would later recall how her grandfather was a man not prone to dramatics, nor was he easily shaken. On this evening, however, his normally calm demeanor was now one of agitation, worry and an urge to pace around his property as he waited.

In front of Huffman upon his arrival, the scene was a hive of activity. Military personnel and local police mingled with each other. Several men in suits also stood around the scene, mostly observing, but appearing very much in a position of authority.

The centerpiece of the whole affair, however, was the remains of a silver, metallic disc, almost embedded in the ground, seemingly the result of a crash. Parts of the outer material had broken away in the collision.

Over to one side, Huffman could see three small beings, lined up neatly near the wreckage. He walked over to them, looking down tentatively. The strange creatures were clearly humanoid, but also clearly not human. One of them appeared to be alive but would pass away shortly after the reverend’s arrival.

He was asked by one of the plainclothes gentlemen if he would perform blessings over the dead beings. He did as requested, kneeling down in front of them. As he did so, he took in as much of their appearance and attire as he could. Their heads were clearly larger than their frail looking bodies. Their eyes were large. Each was no more than around four feet tall and dressed in a tight-fitting, one-piece suit. It had the appearance of “wrinkled up foil!”

After performing the blessing he stepped away. As he did, two of the plainly clothed gentleman picked up one of the beings, each holding it under one of its arms. In front of them, another man snapped a picture. Charlotte would later state that she suspected the photographs were for official documentation, and for reference of the size of the being as the men stretched the arms across their bodies as far as they would go.

The craft itself, at least while Huffman was in attendance, was open to view from all around thanks to the gaping wound in its exterior. Small seats were positioned inside, and he could make out lots of gauges and lights. A strange “band of a material he didn’t know” ran throughout the interior of the craft. On it was “Egyptian-type hieroglyphics”. There was also a brilliant shine to the outer layer of the craft, a shine that itself had an other-worldly quality to it.

According to Mann, nothing was ever mentioned about the evening’s events following her grandfather’s return. The military never again called on him, nor was any information ever given to them. It wasn’t only her grandfather. It appeared no-one in the town spoke of the incident. Almost as if they simply forgot the events of April 1941 completely and collectively.

There is the question as to why no-one else other than Mann came forward with any information. Many of the local police were present as well as other locals such as her grandfather, responding to various requests for assistance.

That said, given the obvious surreal nature of the moment as well as the times themselves, authorities at the scene and in the immediate days following would likely have had little trouble appealing to the “inner patriot” in citizens. In fact, as researchers continue to piece together accounts and witness statements, there seems to have been a wave of such crashes in and around North America during the 1940s.

We are most likely all familiar with the Roswell Incident for example. And we have written before of the 1948 Paradise Valley incident. In the same year in the Aztec Desert of New Mexico was another retrieval of an alien craft, as well as “sixteen alien bodies!” Claims exist of further alleged retrievals by the US military in Sonora, Mexico in October 1941, and “somewhere north of Georgia” in early-1942.

Why was there an apparent interest in this part of the world from cosmic visitors? Many look at the events in Europe and the upcoming American embroilment in the Second World War off the back of Pearl Harbor as reasons for a rise in activity. And more to the point, if these accounts are true, why were so many of these alien crafts crash landing during this time?

Check out the video below. It looks at the aforementioned Aztec UFO crash in a little more detail. 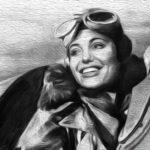 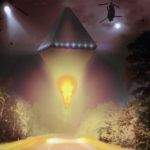 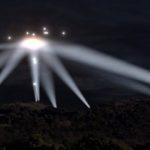 The Battle Of Los Angeles 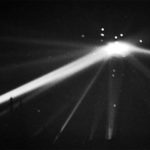