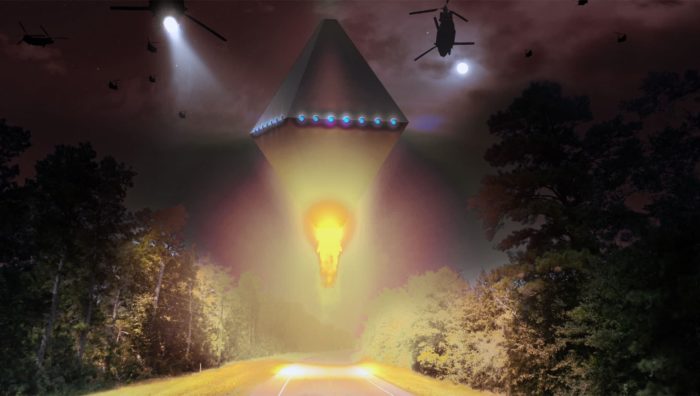 Described as one of the “most important UFO cases in the history of ufology” by the researcher, Bob Pratt, the events of 29th December 1980 in the small Texas town of Huffman remain unsolved. Furthermore, the incident screamed of government involvement of some kind – of which, Pratt would state while investigating that “someone in the US knows exactly what happened!”

The injuries sustained by all the three people involved were so severe, they would continue in ill health. No satisfactory answer is available for those involved in the Piney Woods Incident. And barring a leak or whistle-blower coming forward, it is likely to stay that way. 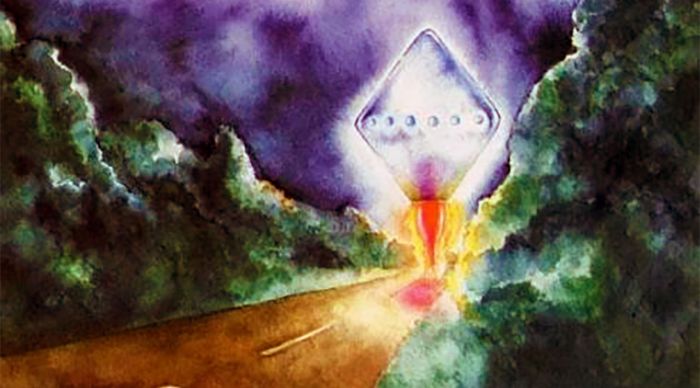 Whether this incident is proof that UFOs are in fact top secret government projects, or the result of extra-terrestrial beings from another world or dimension – or even elements of both of these – it would appear that governments have an involvement to one level or another. This murkiness is what allows conspiracy theories to thrive, and in turn, allows the truth to become ever more hidden.

Before we look at this case in detail, check out the short video below. It is a fast-paced look at the links of the US military and the UFO phenomenon.

Returning home to Dayton in Texas, Vickie Landrum, her grandson, Colby, and her friend, Betty Cash, had made it as far as Huffman, along Highway FM 1485 when their evening took a most remarkable and terrifying turn. [1]

The road on which they traveled was particularly isolated. Only residents of the small towns that the road connects tended to use it. It was only thirty miles from the metropolis of Houston. However, it is possible to drive along this road and not see another person.

They were thirty minutes onto this lonely highway when all three of them noticed a strange, bright “blue diamond!” It appeared to “split the sky” as it descended. It remained at tree-level and moved over the trees that lined the road.

As it made its way across the sky, a blast from underneath shot out “cones of fire!” Each “shot” appeared to send the strange craft upwards for a time. Almost as it were “treading the air” while it surveyed the area below. They continued forward, hoping they might be able to “outrun” the object. That was until it came down into the road, blocking their path, and forcing Betty to slam on the brakes.

All three were in awe of the diamond-like craft in front of them, although Colby would become increasingly afraid. Both women exited the vehicle for a time. Betty took herself to the front of the car to get a closer look, while Vickie returned to her seat. [2]

Even though the heat was burning her face, Betty could not take her gaze away from the object. The whole surrounding area appeared as though in daylight such was the glow from the craft. The outer material of the object appeared to be “dull aluminum” and the edges of its shape very blunt. Various blue lights flashed around the middle of the craft, and “beeping” sound rang out upon its landing.

Only when it began to rise upwards did she move towards the car. By this time the car door became red hot. Unable to touch it, only by wrapping her jacket around her hand did she manage to open it.

Then, from all directions, came the sound of helicopters – large military ones. Betty would later recall “they were trying to encircle the thing!” Within seconds, however, the strange diamond-shaped craft began to make its way over the trees. The helicopters followed, leaving the three frightened and confused witnesses alone on the quiet highway.

The video below features audio of the original phone call by Vickie Landrum when she made her report.

After using the air-conditioning in the car to cool the interior, Betty drove in the direction of home. Occasionally, the UFO was visible in the distance. Its brightness was such that it clearly revealed the helicopters were also still flying with it.

With Vickie and Colby at Vickie’s house, Betty returned to her home. Within hours, all three would develop blisters, swelling of the neck, vomiting, and loss of consciousness. Betty became so ill she would narrowly avoid falling into a coma. She eventually found herself in Houston Parkway Hospital. Her hair began to fall out in chunks, and her face swelled so much she couldn’t see.

All three of the witnesses to the strange events – in particular, Betty – appeared to be suffering from exposure to radiation. Indeed many nurses upon first seeing them presumed they were burn victims.

Although they would recover from the episode, they would still experience problems with blisters suddenly appearing on their skin. It appears, whatever it was they saw that evening, it left them with permanent health issues. While Colby is still alive today, both Betty and Vickie have both since passed away in 1998 and 2007 respectively.

The short video below is a brief outline of the incident.

Several months after the incident, in April 1981, a chance encounter in Dayton with Vickie and Colby would add a further twist to the already bizarre affair. As part of a publicity drive, a CH-47 helicopter would land in Dayton. The idea of the event was to give the public a chance to get a closer look at the vehicle. They would also have the chance to speak to the pilot. Vickie decided to take Colby along, hoping it may help his sudden nervousness to the sound of helicopters.

While speaking with the public, the pilot claimed to have been in the area before due to a UFO incident. Vickie quickly made it known that she was one of the people in the incident the pilot was speaking about. She also told of the injuries she had sustained. The pilot’s demeanor suddenly changed. He took steps to have Vickie and Colby removed the scene, refusing to speak about the encounter.

According to the VISIT organization, another member of the public went on record to state they had witnessed the exchange. They also managed to track down the pilot, who agreed to speak as long as his name remained withheld. He didn’t reveal much, however, other than he was aware of the incident and of Vickie, Betty, and Colby’s injuries.

Further Witnesses And The “Military Connection”

The case is interesting in its own right, but more than that is the connection to the United States military. Reports of military CH-47 helicopters at UFO sightings occurs more than we might think. This aspect came under scrutiny from investigators, but all commercial and military airfields claimed to not having been in the air that evening. In fact, they went even further, stating that CH-47 aren’t normally on their respective sites.

Three other witnesses also claimed to have seen the diamond-shaped craft that evening. These were an off-duty policeman driving with his wife, and an oil-field worker returning home. However, unlike Vickie Landrum and Betty Cash, they neglected to leave their vehicles. Consequently, none of them suffered any sickness or injury. All of these witnesses also confirmed the presence of several heavy duty military helicopters.

Vickie would agree to undergo hypnotic regression in order to check the authenticity of her story. Wyoming University professor, Dr. Leo Sprinkle would conduct the session. He came away from them firmly believing Landrum’s account. To him, there is no doubt the craft operated “under intelligent control!”

What gives most UFO researchers pause for thought, however, is to what extent the military is involved in such cases.

It seems obvious that they are aware of the suffering of those caught up in the events of December 1980. However, no (known) attempt has been made to offer support – financial or medical. There is no evidence that the intention was to hurt any of the witnesses in this case. And despite their treatment following the encounter, it appears they were simply at the wrong place, at the wrong time.

The Cash-Landrum case is arguably the most well-known of its kind, but far from the only sighting to have resulted in unintended sickness.

In June 1977, while riding along a quiet country road in County Durham, England, Mark Henshall, claims a UFO caused him burns. Doing around thirty miles per hour on his motorcycle, he suddenly noticed a bright light behind him. At the same time, he was aware of an intense heat that seemed to permeate his helmet and clothing. His motorcycle cut out, but he felt as if something was “pulling” it forward. By this time the petrol tank upon which he sat was also beginning to heat up considerably.

The light, which Henshall would later claim was a “flying saucer”, vanished and the pulling on his bike ceased. The following day, his arms and hands came out in intense blisters that would last for several days.

In October 1973, a truck driver, Eddie Doyle Webb, [3] traveling with his wife in Missouri, would temporarily lose his vision during a UFO encounter. Opening his window to catch a better look at a strange craft in the air, a ball of light shot forward from it and hit the driver in the face. The impact so hard, it knocked the glasses from his head. It also caused him to lose his sight.

His wife drove the truck to the nearest hospital, where he received treatment for burns to his face. His sight did return in several hours. A physicist later examined the driver’s glasses and stated very intense heat to be responsible for the damage.

Check out the interview with Colby Landrum below. It is very Interesting listening. 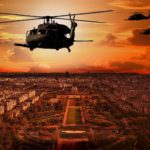 What Are The Black Helicopter Conspiracies? 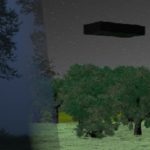 Bizarre Encounters From The Woodlands Of Elliot, Maine 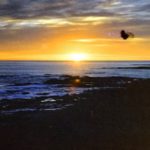 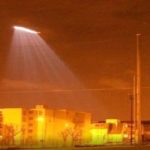