We have written before about sightings of reptilians, both from recent times and back in antiquity. Some places, however, particularly in more modern times, appear to have more sightings of these beings than others. One of these areas are the deserts of Arizona and the surrounding states of California, New Mexico, and Colorado.

Sometime around March 2000, a witness the report shows only as “Angie” would experience one of the most terrifying encounters of her life. One of strange monstrous beings, but ones also of intelligence and organization. 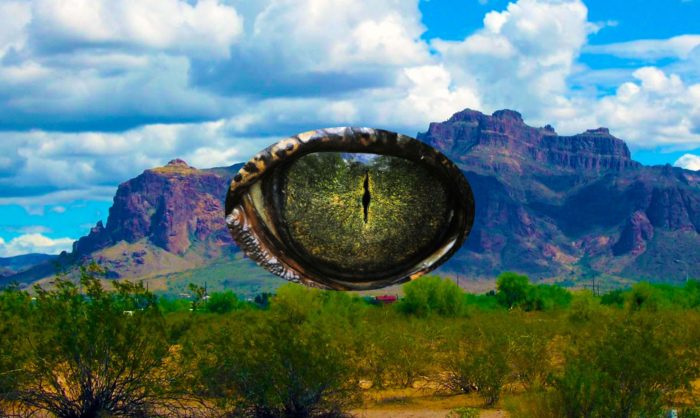 Furthermore, and something we will examine a little at the end of this piece, is that her story is not an isolated case. Most predominantly, but certainly not exclusively, author and researcher, David Icke, has mentioned such a species since the late-1990s. And while these encounters are becoming increasingly logged and available via the Internet and social media today (unlike previous years) by private groups and individual researchers, the question is, what are these people seeing?

Check out the video below. It takes a quick look at the “Reptilian Agenda”.

Although the dates are not entirely certain, it appears that “Angie” and the experience that would unfold before her would take place around March 2000.

She liked nothing more than walking and exploring the mountains and valleys in and around the Arizona desert. So much so that she would spend almost all of her spare time doing so, as she was this hot afternoon in early 2000. As she roamed around these mountains, she would collect various shiny stones and rocks. This particular day, a shiny object near the edge of a canyon (which proved to be white quartz) had captured her attention.

After breaking off her prize, she began her return journey to her car, stopping near a cave entrance to take a small drink of water.

As she was rising to her feet, she noticed a bizarre face in front of her. She jumped and gasped, before gathering herself, annoyed that such a silly mask had scared her so much. Then she realized the face was not a mask at all, but that of a lizard on a human body.

The next thing she heard was the sound of her own screams before the blackness.

She would awaken in her car. More bizarrely, she was driving the car and had to gather herself once this realization came to her. When she arrived home she showered for several hours, feeling a need to scrub herself clean, although she couldn’t understand why.

Over the next several days, she would become increasingly withdrawn. She would not leave her apartment, nor allow company of any kind. Even her meals – the ones she made – often went mostly uneaten. She would find herself staring at the television screen, instead of watching whatever show was on, her mind completely scrambled and not at all at ease with itself.

When she did return to her job at a local pet store after several days locked away, someone brought a lizard into the shop. Upon seeing it, she felt waves of terror run over her, so much so she left there and then. Her reaction scarred her as much as the pet reptile did. Knowing something had occurred in the Superstition Mountains, she sought help, and through a mutual friend, she would make contact with a professional hypnotist with experience of hypnotic regression.

Recall Of A “Living Nightmare!”

Through several hypnosis sessions did she recall the events following her scream.

She awoke to find herself in some kind of inner cavern or base. Strange sounds like “barking or chirping” filled the air around her. Any attempts she would make to sit up and look around would fail. She was held fast in some kind of jelly-like substance. However, when her apparent captors came closer to her, she could again see their “lizard-like faces!”

Their faces were “human but reptile” and their eyes appeared to glow a brilliant yellow. They each adorned a “jumpsuit” that contained a logo or symbol of a “curved dragon with a seven-pointed star in the middle!” Most of the creatures wore a black outfit, two others wore a white one, and one – who also had a paler complexion than the others – wore an orange one. Angie believed that the colors were an indication of their rank or position.

The paler reptile creature also displayed numerous insignia and symbols on his sleeves. These included inverted triangles and a disc with three straight lines running through it. This creature appeared very much in charge, also standing much taller than the others at around seven feet.

At this point, something cold touched Angie’s head. She would go unconscious.

A Scene Unlike Any Other!

She would awake next to find herself in a strange, oval room. When Angie turned her attention to what she could see of her surroundings she faced a sight her mind had no preparation for.

From the ceiling, she could see “pipes with strange sacs, like misshaped balloons hanging from them!” When she noticed something moving inside of these sacs, another surge of terror and disbelief would take hold of her. Whatever was inside of the sacs was undoubtedly alive.

Before she could contemplate this further, she noticed her nakedness. She was also not alone, as the presence of the lizard beings came to her. One of the reptile creatures – itself now without its jumpsuit – made its way towards her.

She finally began an attempt to fight off the powerful creature, but within seconds one of the beings fired a “blue light on her” forcing her unconscious once more.

Her next memory after that, even under hypnosis, is of waking behind the wheel of her moving car. Although she couldn’t recall the actual event, she could not fight the sense that she had been raped by the creature after the blue light hit her.

As to the reasons for this apparent attack (and many others like it), there are many theories and no answer.

So, What Should We Think?

So, much like we asked in our previous article on this subject, what should we make of the reptilian theories and agenda? Do such a race really control the world? Are they operating some kind of “hybridization” program? And (as we will look in a future article) are they conducting ritual sacrifice in connection with their agenda?

Most people will dismiss any suggestion completely, without doing any research no less, such is their convictions that the prospect is nonsense. However, whether they are accurate or not, the accounts of these types of incidents are in the hundreds (at least).

Then there are the sightings only, which themselves are in the thousands. What’s more, if certain interpretations are correct, these beings go right the way back to the beginning of time. While there is certainly too much to the reptilian conspiracy to even begin to examine it or offer a definitive answer in one article, there is surely ample evidence to warrant further, serious study into such claims.

Check out the two videos below (part one – part two). They are quite lengthy, but are intriguing viewing, if only to get another perspective. Longtime reptilian theorist, David Icke, interviews him in the two videos here, and it is his assertion that the information offered here by Credo Mutwa is of much importance. What do you think? Is he right? 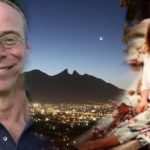 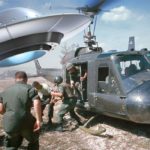 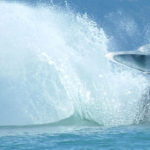