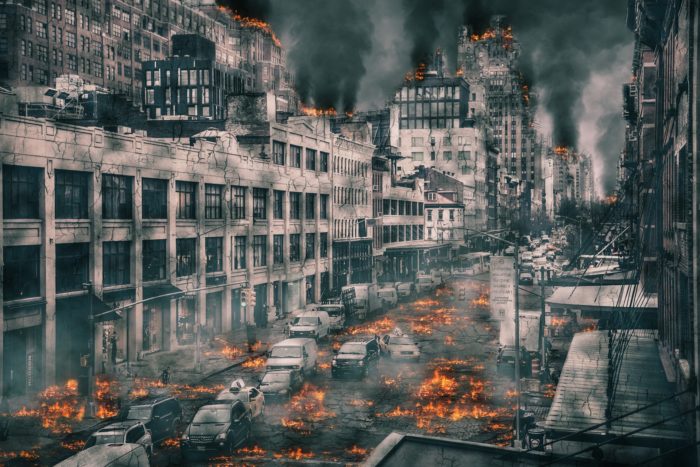 While most of us view science as the noble way forward to better understand the world around us, as well as discovering ways to overcome illness, disease, and other shortcomings of humanity as a collective, it is unfortunately all too often a race merely for funding and support. A race usually won by sticking to the rigid status-quo, usually set down by those uninterested in advancement rather than looking to protect their own theories and place in history. Harsh, no doubt, but the vast majority of research for anything that goes against the accepted scientific establishment is usually performed independently, even in secret, lest crucial funding and access to premises and other scientific essentials are cut off.

Indeed, what should be about advancements for the collective good of the planet’s populations is really about “towing the line of accepted fact”. One needs only to look at how history treats the memory and teachings of Nikola Tesla for proof of this. Not that mainstream science is alone in its myopic and protectionist stance. Many others in fields such as archeology and history, for example, will face similar views and barriers. Even ridicule from the herd. And in a world that is becoming ever more polarized, with increasingly less middle-ground for progress and, as we will look at in a moment, the increasingly fundamentalist mindset of religious and political ideology, combined further still with the inflammatory rhetoric and attitude of “you’re either with us or against us”, this creates a dangerous backdrop, ripe for exploitation.

In 2009, the late author, Michael Baigent, released the book Racing Toward Armageddon. [1] In it, he looked at the three main Abrahamic religions – Christianity, Judaism, and Islam. And how the fundamentalist elements of each of them all prophesied an “End of Times” or “Armageddon”. Perhaps more crucially, he argued that those who are of this type of religious persuasion are maneuvering themselves into positions of power. Not only in anticipation of this but to create the very real circumstances for such a Doomsday scenario to unfold.

Why? Because those who subscribe to such theories also believe that this will result in “the return of Jesus” and such promises of “a thousand years of peace” (after “the enemy” – anyone who disagrees with such a viewpoint – is “righteously” slaughtered that is).

What is perhaps most frightening is that Baigent would appear to have been scarily accurate. When you look at the Israeli administration and its reliance on “religious teachings”, as well as the views of Islamic State, and perhaps most worrying, the increasing number of fundamentalist Christians slithering themselves into positions of authority in the United States and other areas of the western world, it is easy to agree with Baigent that these prophecies of Armageddon are not only near but will be self-fulfilling. To many, he argues, starting the “End of Times” will mean opening the door for the Second Coming.

We aren’t going to examine Baigent’s theories in great detail here, needless to say, though, the need for separation of religion and politics has never been clearer. Nor the need for political tolerance and moderation. We will, however, look at “fringe research” and how, if it falls (is pushed?) into such wrong hands, scientific advancement could actually make good on twisted prophecies of long ago.

On several occasions over the years, usually following a freak natural catastrophe, an apparently random and obscure public figure or another has thrown out their opinion that the event was an “Act of God”. Vengeance, due to the population living “sinful” lives. Or more recently, that the Church has taken a particular stance or another on a (for the religious fundamentalist) controversial issue.

Most of us laugh, mockingly at such absurdities, and rightly point out the lunacy in such arguments. However, perhaps we would laugh a little less when we realize how deadly serious these people are. And not only that, many other people, as serious as they, believe them and follow their every word. It is perhaps worth pointing out that such “messianic” respect is increasingly bestowed on politicians – another drastic miscalculation set only to end in misery and the pursuit of “pure ideology” over the best interests of the population (which is perhaps an article for another time, but which shares the same ominous parallels).

Let’s take this a stage further. We have examined on several occasions such things as weather control and cloud-seeding. Even the Chemtrail conspiracy and of distributing toxins to a populace from high above, without anyone really knowing it. While such conspiracies are just that, there is increasing evidence of these programs happening. We know for a fact, for example, that weather control and cloud seeding does take place. What, though, if this technology could trigger natural events? Be it a flood from intense and prolonged rain, or a famine and drought from a lack of it. How might those events be “sold” to a population? Particularly a population who don’t question what they are told from their unwavering leadership? 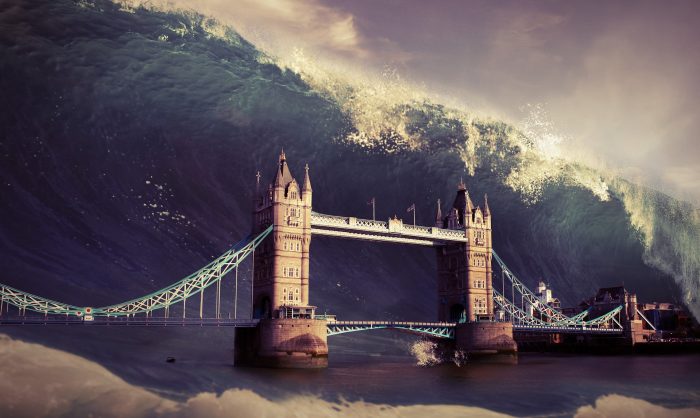 A Need To Protect “Fringe” Science

Right now, around the world, scientists are experimenting with such “outlandish” notions as free-energy, energy in empty space, and anti-gravity-technology. Not to mention a whole host of paranormal phenomena and the untapped potential of the human mind. The vast majority of these take place in makeshift labs in out-of-way places at the cost to the scientist themselves, or with “private” funding. While the source of such private funding in most cases is looking to make a profit as opposed to make good on the prophets, the fact that such experiments are driven to the outer edges through dismissal and ridicule could prove to be a costly error.

Even such experiments that reside under government projects usually proceed under great secrecy. And, as history has told us repeatedly, these are rarely for the good of the general population. More to get an edge on one’s enemies. All the while, the official line is that such technologies – whatever they might be – are fantasy or nonsensical. And when we factor in that such governments may also come under the control of people sympathetic to such fundamental leanings, things become even murkier. And more dangerous. Particularly if this technology could spark some kind of “natural disaster”.

Especially from a religious perspective, particularly if the use of such technologies has been ridiculed and dismissed by those in positions of power and influence over a mentally weakened population, these disasters could be used to justify such biblical end times. Or/and, in turn, the use of “moral crusade-like aggression” as many believe the prophecies speak of. Remember also, under a rigid non-religious hardline fundamentalist political system such technologies can also maintain control. Usually over one’s own populace.

Outlandish notions to most. But, unfortunately, not to all.

A truly chilling scenario then, no doubt. But one that moderately minded people, whether religiously or politically, could do well to address sooner rather than later. Speaking from the middle does not compromise one’s ideals. Rather it allows those ideals to travel further, have more influence, and create a unity of simple common ground. And within that must come a progressive attitude, and funding for sciences and ideas on the fringe. Before they fall into the hands of those who wish to divide us. Believers and non-believers. Worthy and not-worthy. Us OR them.

Perhaps what is even more disturbing and frightening, going back to ‘Racing Toward Armageddon’ and the theories of Michael Baigent for a moment, is that elements in all three of these main Abrahamic religions are actually working together to bring about such scenarios. All apparently safe in the knowledge that their religious opponents will convert or perish when such times come. Perhaps another reminder that there are no such sides as “good” or bad”, or “right” or “wrong”. Both sides depend very much on perspective.

There are, however, agendas. Many differing agendas. And it is often, within these agendas where the danger lies. Waiting to strike under the cover of morality and for what is “right”. 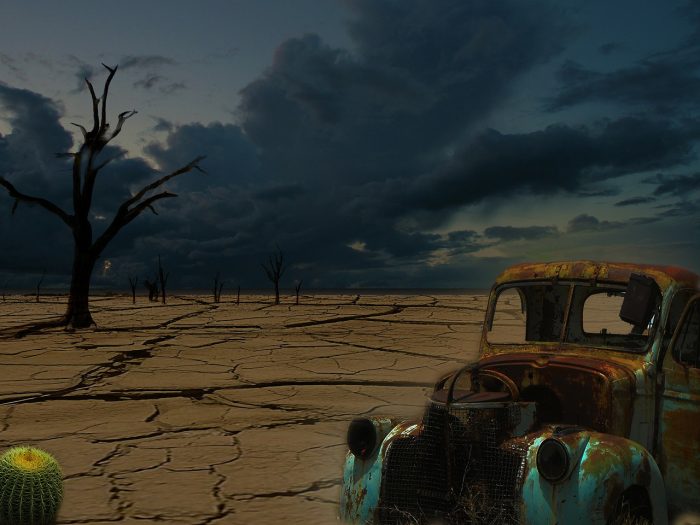 Links To An Unknown Advanced Past?

Perhaps as a tangent-like afterthought, if we entertain the notion of advanced civilizations in the unrecorded past, might it be such legends of floods, famines, and plagues stem from the aggressive use of advanced ancient technology deep in antiquity? We have written before how evidence of a long-lost civilization, perhaps even several of them, is stronger than mainstream history scholars would have us believe.

Might this explain various governments around the world, from the Nazis in the 1930s, to the conspiracies surrounding the invasion of Iraq, covertly tracking down such relics and texts from long ago? If we accept that secret societies exist, whose members also hold positions high in governments, politics and the military, and that these secret societies themselves are privy to knowledge and wisdom stretching back to the Ancient Egyptian and Babylonian mystery schools, perhaps it is not that unbelievable a theory. As outlandish as it might be to some.

Only by exploring such theories transparently, much like the fringe sciences mentioned above, can we ensure that, if such an ancient civilization did destroy itself, we don’t end up repeating history. Even a history we don’t yet know.

Check out the three videos below. They are a three-part interview with Michael Baigent about his theories in ‘Racing Toward Armageddon’. 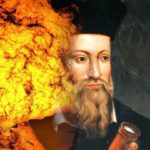 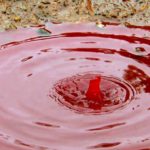