The idea of time-travel has fascinated people at least since the late-1800s with the popularity of science-fiction writers such as H.G. Wells. And even more so following Albert Einstein’s theory of relativity in the early twentieth-century, which gave the notion some (theoretical) scientific grounding. 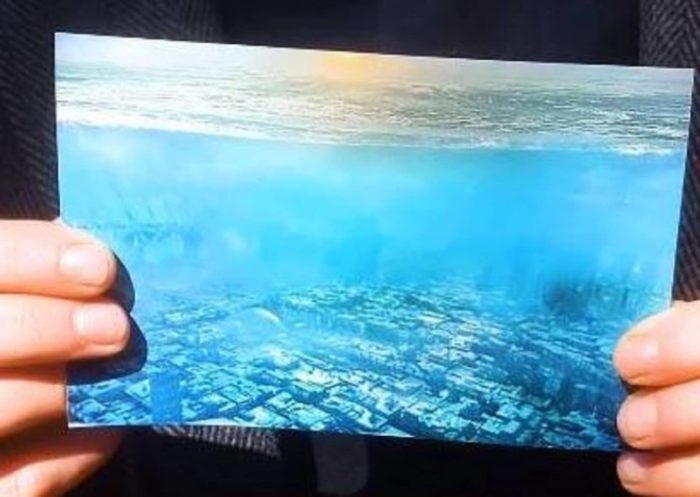 More recently, however, there has been an apparent wave of claims from people claiming to have traveled to one distant year or another. We have written before stating that even if people claimed to have traveled in time, regardless of what “proof” they may have, the public at large will very likely dismiss these assertions without question. And while these claims are most likely the ravings of overactive imaginations for the most part, they are still intriguing and worth taking the time to look at.

Before we look at some of these recent claims of time-travel, check out the short video below. It looks at ten of the most intriguing pieces of evidence concerning traveling through time.

In February 2018 came a claim from a person known only as “Edward” that he had arrived from the year 5000. Furthermore, he had photographic evidence – a picture of Los Angeles 3000 years from now – to back up his wild claims. According to Edward, he was part of a top-secret shadow government experiment in 2004, one which saw him catapulted into the future.

Just short of 3,000 years from now, if Edward is genuine and correct, humanity survives by residing on huge wooden platforms that float on the waters caused by the melting of the polar ice caps. Ultimately, the photograph Edwards offers as evidence of his travels shows the City of Angels completely submerged.

Edward would elaborate from an “undisclosed location” that he was working as a technical support engineer in a Los Angeles laboratory. He had been in the United States from his native Armenia since 1998 prior to the time-travel experiment. He was involved with “secret work” for the US government regarding “a sphere of technical inventions!” According to Edward, all of the technological inventions that “we use or will use” already exist in high-ranking military circles and do so “way longer than you’ll know about them!”

The offices where Edward worked from looked like a normal everyday office that hides in plain sight from the public. He would also state that many “celebrity” scientists that speak on television and debate programs are purposeful placements by the government while “real” scientists and inventors remain hidden on such secret projects. And according to Edward, many of these scientists are paid sums comparable to “some countries annual budget!”

You can check out the interview below.

A Recent Wave Of Time-Travel Claims

There has been an apparent increased number of claims of time-travel recently. For example, “John” claimed to have come from the year 4000, and also offered a photograph as proof of his claims. He would also make similar claims regarding the evolution of Artificial Intelligence, claiming that not only will labor jobs largely go to robots but much of the “intelligent work” also. John would also claim that, in the year 4000, pets such as cats and dogs exist only in zoos. Even more bizarre, there were no birds in the sky as they were “destroyed so as not to disturb flying cars!”

You can check out the interview with John below.

Another claim of time-travel would come from “Clara” at the start of 2018. She would claim to have served in the army (although she would withhold which country) and was a participant in a secret experiment in 2000. She would travel to 3780 and would bring back a piece of technology from that era. Clara would go on to state that although people (in 2018) believe time-travel to be a fantasy, it is “already a technology used for military searches nowadays!”

You can check out the interview with Clara below.

Perhaps one of the strangest claims of time-travel came in December 2017 from a man who claimed to have spent two days in 3207. According to his story, he was a test-subject of a top-secret project of the Greek military. In 2013, following six years active service in the army, he was “invited” to take part in the top-secret mission. Using promises of promotion and career advancements, the unnamed man agreed, although he wasn’t given any details of the project.

You can see that interview below.

William Taylor, “In 8973, There Are Human-Hybrid Machines!”

William Taylor claims he too has seen the future. According to his candid admission in January 2018, Taylor was part of a top-secret project involving British intelligence since the early-2000s. This project would see Taylor travel forward thousands of years to the year 8973.

Like “Clara”, Taylor states that the UK (and world) governments have highly advanced technology at their disposal right now (in 2018). These high-tech projects, however, remain hidden from the public. Perhaps interestingly, Taylor claims that time-travel will be available to the public at large in 2028. Although, the technology is far from new. Taylor asserts that the ability to travel in time has been available since at least 1981.

Furthermore, not only is the ability to travel in time available but also to travel between parallel universes, of which there are an “infinite number” available. The “time-machine” itself is merely a four-inch thick sphere, made from lead to protect against radiation. The technology utilized, according to Taylor, is from recovered and reverse-engineered alien technology. This technology is the result of retrievals from various UFO crashes leading to several cover-ups by world governments for decades. Chillingly, Taylor states, “There have been attempts to move everyone to another timeline and change certain things!”

Even more chilling are the claims of what awaits those who live in 8973. Taylor would state that “the humans were gone” and in their place was “human-robot hybrids!” It is not clear how or why this happens, but the population of 8973 are “part human, part robot” who will live forever. Some of these hybrids have even “colonized” other planets “in an effort to find more space!”

Upon returning to his “launch-time” of 2005, the many photographs from the future were “immediately confiscated” by the UK government.

A Minefield Of Paradox And Consequence

The late Carl Sagan was another prominent mind who was extremely open to the idea of time-travel. Furthermore, he theorized that “history would become an experimental science!” Further still, humans would “be facing the deep paradoxes of interfering with the scheme of casualty!” Basically, if we were to travel back in time and alter history, we would alter the future also.

One of the most prominent thought-processes of time-travel and the possible consequences is the “Grandfather Paradox”. Explained simply, if you were to go far enough back in time and kill your grandfather, he wouldn’t have been able to father your father, who wouldn’t have been born to father you. Consequently, this act would wipe out one’s entire existence. Perhaps this happens all the time. After all, we wouldn’t be aware of history changing as we would have no memory of something that never happened. As a side-note, perhaps this is what De-Ja-Vu is, memories of the past wiped away by the changing of timelines?

There are also, much more obvious questions. Is it possible, for example, to travel back or forward in time to meet yourself?

According to Noah Novak, he has done exactly that. He himself is from 2030 and had traveled to 2070 to meet himself 40-years older. Each of them then traveled to 2018 where they told Apex TV of their claims. You can check out the video below, but a few things to note and see if they do come true include, Donald Trump winning the 2020 US election, there will be an explosion of AI in 2021, and both time-travel and the first manned mission to Mars happen in 2028 (which match the claims of William Taylor above!).

While most claims of time-travel should be treated with caution for obvious reasons, there are some genuinely intriguing ones. And it is without a doubt that such a technology would remain secret should it exist. It is also a reasonable assumption that should such a technology be available and there was potential for financial gain – which there undoubtedly would be – commercial use would proceed. Perhaps then, if such accounts as William Taylor or Noah Novak are correct, you will soon be booking your next holiday to Ancient Greece. Or even a two-week “getaway” in the clouds in the year 10000.

And what is the reason for the sudden increasing number of claims from all around the globe? Is that simply the unfortunate aspect of the Internet and the desire of some to mislead? Or is it the consequence of such secret experiments taking place decades ago, now leaking out into the public arena?

Perhaps of more concern are the claims of trying to shift humanity into alternate timelines or dimensions? How would they do this? Many are suspicious of the CERN project, for example. Many conspiracies connected to the LHC revolve around other dimensions and shifts in timelines.

As usual, there are many more questions than there are answers. Until an admission or a revelation from the world’s governments, however, the question of time-travel will remain exactly that.

Check out the video below. It looks at time-travel and the possibilities of it in a little more detail. 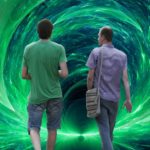 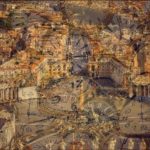 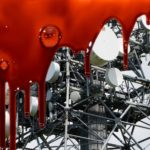 5G – A “Massive Experiment On The Health Of All Species?”