There are literally hundreds of UFO sightings every year. And likely just as many that go unreported for various reasons, not least of which is the fear of ridicule. And these sightings range from strange and bizarrely moving lights to apparent metallic aircraft that look and move unlike anything known to exist here on Earth.

As we might imagine, there are multiple explanations offered for these strange sightings. Some claim they are merely illusionary tricks of the light, some assert they are top-secret aircraft of the world’s governments, while others maintain that they are visitors from another world beyond the stars. There are also further, perhaps more outlandish although no less possible proposals, that these strange aircraft are visitors from another dimension or even another time.

From sightings known to people with little interest in UFO matters such as the Phoenix Lights episode that was witnessed by hundreds of people, including state government officials, to the plethora of accounts that surface in the files of UFO organizations and websites dedicated to such reports, not only have people been witnessing these strange aerial anomalies for decades, perhaps centuries, but they continue to see them today in our contemporary era.

By definition UFOs – Unidentified Flying Objects – exist. What they might one day prove to be, however, remains a mystery… 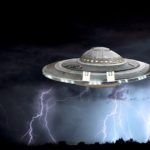 The Quiet Before The Storm Of The Modern UFO Era 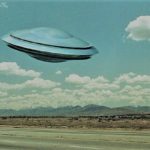 The final 18 months of the Second World War saw a persistent presence of anomalous lights and vehicles in the skies around the world, a presence that appeared to increase as the conflict drew to a close. Whether this is a coincidence remains unknown. It really could have been the case, though, that these apparent extraterrestrial visitors were observing humanity, specifically their destructive tendencies… 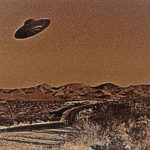 The Surge Of UFO Encounters Before The Second World War: The Final Years Of The Thirties

The final years of the 1930s, before Europe and indeed the rest of the world was plunged into war, sightings of strange aerial objects, as well as encounters with humanoid creatures increased dramatically. Why this was remains unclear, but during this time, some of the most intriguing and, at times, unsettling UFO incidents unfolded… 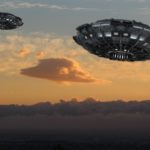 The Discreet Beginnings Of An Alien Agenda? UFO Encounters From The Opening Years Of World War Two

As the Second World War gripped much of Europe, and, in turn, the rest of the world, UFO sightings continued to occur, albeit at a slightly slower pace. Many of these encounters, however, featured military pilots, who were more than familiar with what they would normally encounter in the air, and consequently were best placed to tell they were something truly out of the ordinary… 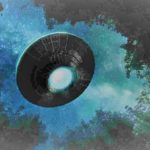 Recovered Alien Vehicles And Warnings Of Bloodshed: Accounts Of UFOs From The Mid-1930s

As the second half of the 1930s began, increasing reports began to emerge, not only of strange aerial objects, but of humanoid entities, some that were described in a very similar way that we might describe grey aliens today. Furthermore, there are several apparent UFO crashes and of purposeful landings in order to carry out repairs… 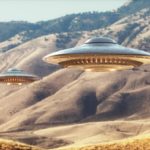 As the 1930s progressed, sightings of strange aerial vehicles and encounters with humanoid entities remained steady, and by the mid-1930s, with aviation improving at a rapid pace, many of these reports were coming from pilots in the air. Indeed, while perhaps not one of the busiest periods in UFO history, the first half of the thirties was still full of mysterious and unexplained activity… 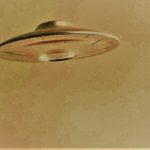 Encounters With Humanoids And Advanced Alien Vehicles: UFO Accounts From The Roaring Twenties

Although the 1920s were much quieter in terms of UFO sightings as the decades before and after it, reports of futuristic aerial vehicles and encounters with strange humanoid entities continues throughout the decade. In many ways, given the dramatic increases in such sightings during the thirties as the world once again headed to war, the 1920s were the quiet before the UFO storm that was about to grip the entire planet… 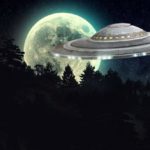 The second decade of the twentieth century, perhaps because of the bloody carnage that was the First World War, has a small mountain of UFO reports and encounters with strange humanoid entities to its name. Whether these potential aliens were the same ones that would announce themselves in the late 1940s at the start of the Modern UFO Era is perhaps open to debate. That there were unknown and mysterious vehicles with equally mysterious occupants traversing our skies isn’t… 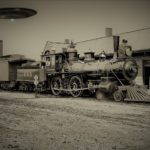 UFO sightings go much further back than the start of the Modern UFO Era in the late-1940s. However, rather than merely being sporadic sightings spread across time and distance, these reports of bizarre aerial vehicles were much more regular than we at first might suspect. And when we factor in the many sightings that will have been lost to time, we should be alert to the fact that there has been a regular UFO presence on Earth for a lot longer than we would perhaps like to imagine… 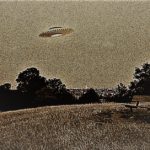 While most of us are aware of such UFO encounters of 1947 like the Kenneth Arnold sighting and the alleged Roswell Crash, the fact is, right from the start of the year that saw the start of the Modern UFO Era, UFO sightings were in abundance across the world. And many of them contained almost identical details, suggesting that whatever these aerial vehicles were, they were very real… 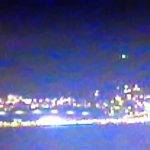 The 2008 Torquay UFO Sightings – Further Signs Of An Alien Presence Off The UK Coast?

At the end of April, a local resident witnessed two bizarre lights moving across the sky over Torquay on the south coast of England. When he began investigating locally, he discovered that several other sightings had been reported. He managed to put together a timeline of sightings that stretched across a 48 hour period, and remains unexplained… 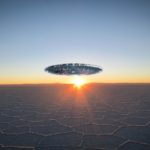 Alien Alley: The Abundance Of UFO Activity In Chile

Chile is not only a country rich in culture and history, it arguably is one of the most active locations for UFOs in the world – and these sightings go back decades. What is perhaps particularly interesting about this long stretch of coastline down the west coast of South America is how much of it is vast open spaces – spaces that could easily allow visitors from other worlds to discreetly maintain a presence here. What’s more, there are several key raw materials that would of intense value to space travelers in Chile… 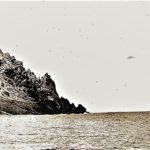 The Trindade Island UFO Encounters – Authentic Images Of Vehicles From Another World?

During scientific experiments in early 1958 by the Brazilian Navy, multiple reports came of strange objects that were seemingly observing and monitoring their activities. One particular incident, however, resulted in several of the most captivated and credible UFO pictures of all time, and ones that have been declared genuine and untampered with. The pictures remain the subject of debate still today, and could quite possibly be real images of a vehicle from another world… 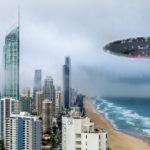 Targeted By UFOs On The Lonely Roads Of Australia

While UFO sightings happen all over Australia, two sightings in particular that occurred ten years apart of intriguing in that the witnesses to both events were motorists making their way down some of the country’s lonely roads. What’s more, rather than being sightings of objects far away, these seemingly intelligent craft would get extremely close to the vehicles in question, even pursuing them… 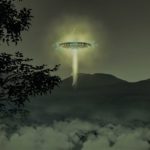 A UFO encounter that featured multiple witnesses in Canterbury, New Hampshire in May 1972 remains little-known outside UFO circles. However, it is a sighting that occurred around the same time as several others that shared very similar details. What’s more, it remains unexplained today half a century after it occurred. While not overly dramatic, it remains one of the most intriguing UFO encounters on record…