Austria’s Vienna Woods is perhaps not the first place one would think of when contemplating UFO sightings. However, the extensive woodland boasts at least two significant such events. One of which we have examined before – the case of “Bobby” who traveled to the region after receiving strange telepathic messages to do so in October 1962. Once there, he would not only witness a saucer-shaped craft but interact with the craft’s occupants. 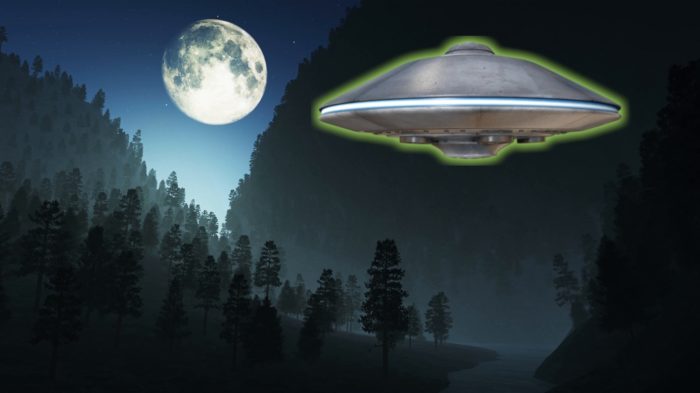 Did a UFO visit Aggsbach Valley?

Ten years later, while not involving any form of communication, another sighting of a similar disc-shaped object occurred, which we will examine shortly. Should this region of Austria receive a little more attention from those in UFO circles? Perhaps the elevation of the land or the fact it is surrounded by four major stretches of water makes it appealing for those behind these strange and otherworldly crafts. If so, perhaps that is why sightings of UFOs in Austria, as we will also look at shortly, appear to have increased dramatically in recent years.

Before we go back to the early seventies and the strange incident in the Aggsbach Valley, check out the short video below. It features one of the many recent UFO sightings over Austrian skies. This particular footage comes from 2015.

A “Brilliant Bright Light” In The Aggsbach Valley

In the early evening of 3rd August 1972, at around 8:45 pm in the Aggsbach Valley area of the Vienna Woods in Austria, head forester, Reinhold Hering, and fellow experienced hunter, Erika Graef, were walking towards their latest kill for retrieval. Hering’s two trained dogs accompanied the pair also.

Suddenly, Hering noticed a bizarre, bright light ahead of them and slightly to their right. He discreetly got Graef’s attention and the pair settled where they were, lifting their binoculars to their eyes to watch the strange glow more closely. As they did so, it slowly emerged from behind a large pine tree. The pair immediately pulled their binoculars away from their faces, the light now much too intense to view through them.

Graef would later recall that “with the naked eye you could clearly see the disc which gave off a brilliant light”. The object tilted slightly towards the pair allowing them to make out a very definite dark, solid surface with three separate lights on it. The first two lights glowed a warm red-orange color. The third, however, was much brighter. Hering would recall that this brighter light appeared to “come from a groove” like an “all-round headlight”.

Incidentally, Hering’s home is in Klausen-Leopoldsdorf which is right in the flight path of all aircraft approaching Vienna Airport. He was extremely familiar with all manner of aircraft in the region and this was most certainly something neither he nor his hunting partner had witnessed before. 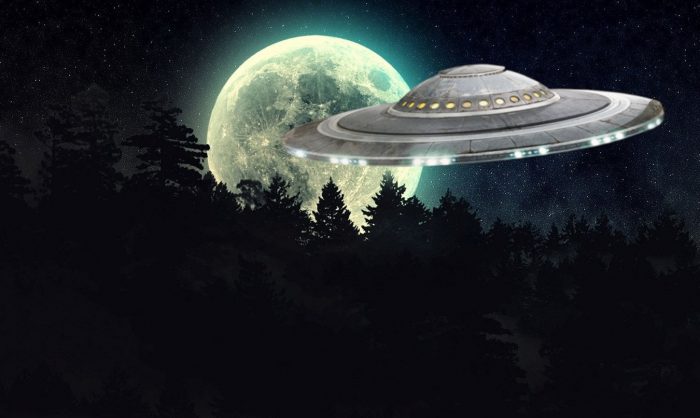 A depiction of a UFO over woodland

Hering also had further experience with aerial sightings at night due to his service in the Second World War in a specialist division. Because of this, he was accurately able to estimate the object was approximately two miles from their location and was just short of 200 feet across.

The glowing craft continued to move calmly over the two hunters and the Aggsbach Valley. It would remain in sight for around fifteen seconds before disappearing behind the sloping landscape of Kreuzeck Hill. The pair both returned to their waiting car as quickly as they could, leaving their prize on the forest floor unclaimed. Once there, they drove to Hering’s home and made a report of the sighting to the local police.

It wasn’t long before his report found its way into the local newsrooms who would treat the incident mockingly. They would largely ridicule Hering in their reports. The Central Meteorological Station of Vienna soon weighed in with their opinion on the sighting, ultimately stating what Hering and Graef had seen was most likely a meteor. This was an assertion that both witnesses would reject outright. As they would another suggestion that the mystery object was simply “a plane coming into land”. Hering would offer that had a plane been flying so low at the spot they had witnessed it he was “sure the pilot will be fired immediately”.

The sighting remains unexplained and will likely do so for the foreseeable future. However, a year earlier, around 150 miles away in the town of Styria, came a sighting of a similar object. And on this occasion, the witness would capture one of the most compelling pictures on record of a UFO.

In the early afternoon of 23rd May 1971, a musician from Munich, Rudi Nagora, visiting the region with his wife, would capture a photograph of a disc-shaped craft over the town of Styria. The couple had driven out to the area to take an afternoon walk in the summer sun. Once he had parked their car, Nagora left his wife inside while he made sure the area was suitable for them.

As he did so, a sudden “whizzing” noise filled his ears. It was coming from above. When he turned his attention skywards, he was amazed to see a “shining, silver disc” zig-zagging through the occasional cloud in the otherwise blue sky. Immediately, he ran back to his car and grabbed his camera, telling his wife excitedly what he had seen.

He returned to a spot he could clearly see the craft from and pointed his camera upwards, firing off consecutive shots. He would use a full roll of film, consisting of twelve shots. As he snapped the pictures, the craft came closer and closer to him. By the time he had run out of film, now simply staring at the otherworldly craft, he witnessed it come a little closer to him before shooting straight up at lightning speed.

Nagora’s pictures have been subjected to considerable scrutiny by photography experts and are largely considered authentic and genuine. You can view one of them for yourselves below. 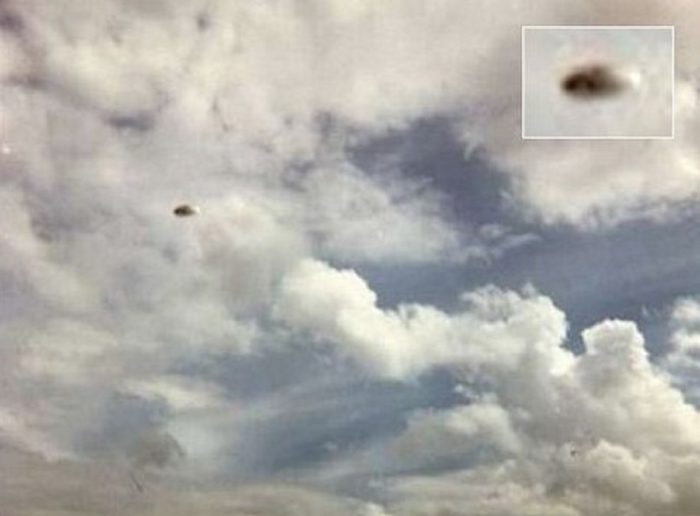 Does this show a real UFO?

Incidentally, years later in July 2014, a couple also managed to capture a picture of a strange UFO in Styria. This time of a pair of multicolored orb-type objects. According to the reports, however, these two were just one of many, with anywhere from fifty to over a hundred UFOs reported in the region that evening. You can view that picture below. 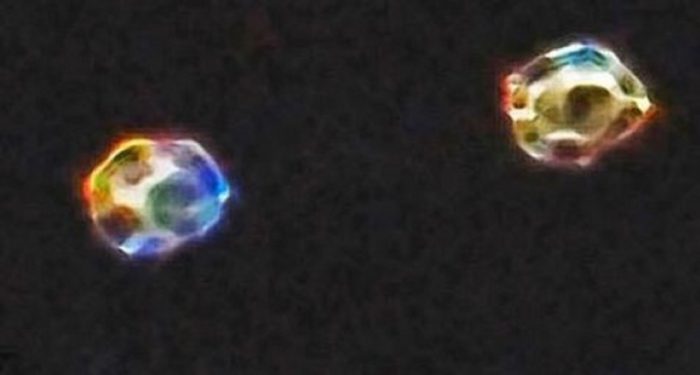 Does this picture show a real UFO in 2014

More recently sightings of UFOs appear to have exploded somewhat in Austria. For example, at around 10:30 pm on 4th January 2017, a report came to MUFON regarding a sighting from three friends while driving home in Lower Austria. The trio were returning home, driving along a dark road when they suddenly noticed “three very bright light objects” in the dark sky above them. They “floated very slowly” and turned in a circular pattern.

The witnesses were now intrigued and so pulled the car to the side of the road, so they could step out and get a clearer look. They noticed how “deathly silent” it was, aside from the odd insect noise and an occasional far away vehicle. One of them would manage to capture a forty-second-long piece of video footage of the incident. However, as his mobile phone had little memory this was all the device would allow. The three friends then stood and watched the lights for another three or four minutes. Then, they simply disappeared in a similar way to someone “turning off a light”.

It is certainly an interesting sighting. And one that suggests either three orb or disc-shaped crafts flying in formation. Or, more likely, a triangular craft with the lights marking its dimensions on its underside. You can view the footage below.

A little over six months later during the early evening of 30th June 2017, two different witnesses each captured footage of a pair of strange objects over the skies of Graz. The witnesses were each in different locations when they captured their respective pieces of footage. Each of the strange objects appears to have a “dual-set” of lights on them. And appear to “interact” with each other as they perform strange maneuvers in the twilight-orange sky.

When the video footage found its way onto YouTube, a flood of theories from the UFO community followed. Including that the objects could be unmanned alien drones. There were plenty of skeptical offers also, however, with some insisting they were simply manmade devices. They would highlight what appears to be fumes escaping from them. This could suggest they were petrol-powered drones and not from another part of the galaxy.

What most did agree on, though, was that the two objects did move in a bizarre manner. And very much unlike any known drone, man-made or otherwise.

A similar sighting occurred in Graz a little under a year earlier in October 2016. This time, the number of witnesses was in the dozens, including several media outlets. Multiple photographs and video footage were captured as the object hovered overhead against the dark backdrop of the night sky. As is usual, once these video clips found their way online a tidal wave of opinion and counter-opinion formed. While some would state the footage to be proof of extraterrestrials, others maintained it was, in fact, a large quadrocopter. 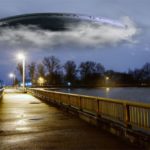