Regardless of whether you love, hate or are indifferent to former President Ronald Reagan and his eight years in charge of the United States, his place in history is a certainty. Not least for those who have an interest in the UFO phenomena and alleged government cover-ups surrounding it. Reagan not only had a well-known interest in UFOs, many suspected he was aware of much more than he let on.

At times the former president would all but fuel these speculations with curious statements in the most public arenas. At the very least he would always profess his belief in alien life. His own daughter even stated her father was “obsessed with UFOs and life on other planets!”

Ronald Reagan with UFO on right.

Before we look at some Reagan’s encounters and beliefs concerning extra-terrestrials, check out the video below. It looks at several of the United States’ presidents, including Reagan, and their views on UFOs and aliens.

Before he would take up his place in the White House following the election of November 1980, Reagan, a former Hollywood actor, had two separate UFO encounters of his own. [1]

The first was more likely a case of abduction. The exact dates of this encounter are ambiguous, to say the least. The incident happened somewhere between 1967 and 1975 while Reagan was serving as Governor of California. He and his wife, Nancy, were on their way to attend a Hollywood-type party. By the time they arrived, they were, unbeknown to them, an hour late and with a strange story to tell.

They had seen a strange light flying at the side of their car as they made their way along the highway. Reagan stopped the car so that he might get a better look at the object. Both he and Nancy viewed the strange light for several moments only before continuing along their way. Speculation is rife that the “missing time” Ronald and Nancy were seemingly experiencing was proof of an abduction encounter. Whether Reagan pursued any type of hypnotic regression therapy to recover that time is unknown.

The second incident is more precise and straightforward and occurred in late-1974. While flying to Bakersfield, California, a strange “bright object” became visible to both Reagan and the pilot, Bill Paynter. The strange craft remained at their side for several moments before vanishing at an alarming speed. Neither man could offer a satisfactory explanation for the object.

Check out the video below. It examines Reagan’s “obsession” regarding UFOs.

What is known to all that knew him personally, is that Ronald Reagan went on a very personal and intense research journey into the subject of UFO phenomena, alien life and even the ancient astronaut theory (even drawing some remarkable connections to the Ancient Egyptian cultures).

With the release of his diaries to the public in the 2009 book The Reagan Diaries, one particular entry from April 1985 raised an eyebrow or two more than any other. [2]

The passage in question reads as follows: “Lunch with 5 top space scientists. It was fascinating. Space truly is the last frontier and some of the developments there in astronomy etc. are like science fiction, except they are real. I learned that our shuttle capacity is such that we could orbit 300 people!”

The entry would make many question the legitimacy to rumors and theories of a secret space fleet. We have written before of Gary McKinnon, the Scottish hacker who would narrowly escape extradition to the United States. Following his hacking of top secret NSA files, he would make some out-of-this-world claims. One of them being that he saw information speaking of “non-terrestrial officers!”

We have put up the Project Camelot interview with Gary McKinnon before, but it is worth watching again at this point. Particularly with the information concerning Reagan and the American government’s apparent involvement in such activities in mind.

As you might imagine, there are many theories concerning Reagan’s time in charge of the United States. A time when America was without question, the dominant economic and military power on the planet.

The “Star Wars” Project – sold to the country and the wider western world as a defense against the Soviet Union during the Cold War – was actually a protective measure against known hostile extra-terrestrials, at least according to some researcher’s theories.

Even the end of the Cold War is to some people, a response from a perceived “outside threat!” Particularly so, when viewed alongside Reagan’s comments during a speech he made with Soviet President, Mikhail Gorbachev in 1988. He would say, completely matter-of-factly “I occasionally think how quickly our differences, worldwide, would vanish if we were facing an alien threat from outside this world!”

You can check out the speech in the video below.

In another speech Reagan gave to the United Nations in 1987, he would make several references to an “alien threat!” Whistle-blower, Corey Goode, alleges that this speech would mark the beginnings of a top-secret interstellar space fleet. The project would be run by the United Nations, but very much “an American-influenced” project. Perhaps, this fleet would be the same one that Gary McKinnon’s “non-terrestrial officers” would occupy?

You can check out the 1987 United Nations speech in full below. Make of Reagan’s words what you will.

Perhaps one of the strangest incidents concerning Reagan and UFOs occurred less than a year after he took up residency at 1600 Pennsylvania Avenue, in September 1981.

Reagan, like many presidents and UN Secretary Generals before him, received correspondence from former US military veteran-turned-UFO researcher, Colman VonKeviczky. The content was very much the same as the previous letters – there was a substantial “alien threat” facing Earth, and the world governments must do everything in their powers to confront it!

VonKeviczky had never received a reply to his letters, however, on this occasion, he would. The reply would come courtesy of The Chief Military Advisor of the White House, Major General Robert Schweitzer. The reply was brief but to the point. It read, “The President is well aware of the threat you document so clearly and is doing all in his power to restore the national defense margin of safety as quickly and prudently as possible!”

There is an open debate as to what Schweitzer meant as the “threat”. Maybe his discreet dismissal the following month on 26th October is as big a clue as any.

Perhaps much more understated, although no less important, is the relationship and influence George Bush Snr. had in Reagan’s administration. For the eight years before he himself became President of the United States, he would be Reagan’s right-hand man.

Bush Snr. has a past much darker than that of Reagan. It is arguably no understatement to go as far as to say he is perhaps one of the most powerful men in American, and indeed, the planet’s history. We have written before about the part Bush Snr. would play in Reagan’s 1980 election and the Iranian Hostage Crisis.

More recently, on the campaign trail with his son, Jeb, in 2016, Bush Senior would make some very curious statements. Statements regarding aliens and extra-terrestrial life no less. He would state that the American people “could not handle the truth” concerning alien life.

Unfortunate remarks of a mind tumbling into old age? Or a simple slip of the tongue of truth, maybe for similar reasons? If anyone would know about such matters, you could make a very reasonable argument that it might be George Bush Snr. From the death of President Kennedy, MK Ultra and the CIA mind control programs, right the way to drug-running, espionage, and manipulation of media platforms, Bush Senior’s reach is far and strong.

The video below looks at several of the curious things concerning aliens and UFOs said by George Bush. 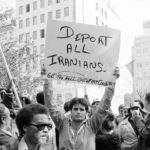 The October Surprise, The Octopus And The Warning? 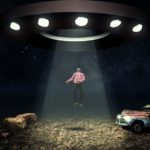 The Alien Abductions And Chilling Revelations Of Filiberto Cardenas