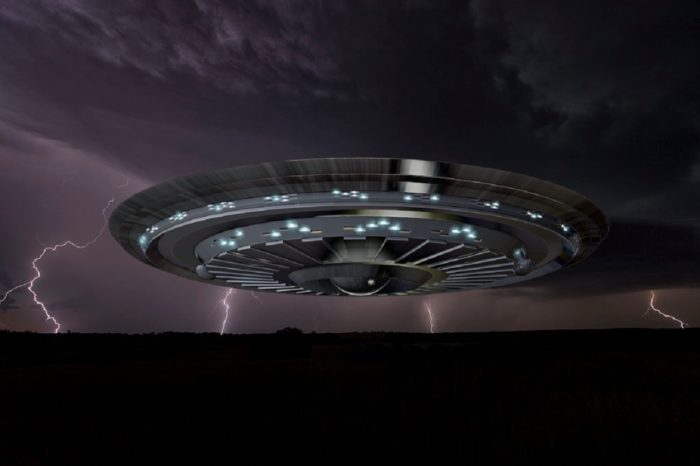 There are many UFO sightings on record, but ones that are accompanied by missing time are particularly interesting. Perhaps not least as they might suggest something more akin to alien abduction than just a mere sighting.

UFO in a stormy sky

An incident in the autumn of 1966 in Nebraska could be just such a case. A journey that should have taken no longer than five minutes seemingly took over half an hour. And what’s more, the witness to these strange events seemingly had no recollection of the events.

It is perhaps interesting that the incident we are about to examine occurred on an otherwise lonely road. Many potential and apparent abduction cases occur in similar locations around the world. Does this suggest a deliberate targeting of exposed individuals? Or might it be the locations themselves, perhaps built on or near locations that are energetically charged and flowing with paranormal activity?

The account wasn’t reported until decades later in 2004 and entered the public arena through the files of Peter Davenport of the National UFO Reporting Center (NUFORC). It is from those files that the following account is based.

The Engine Was On, The Wheels Were Spinning, But The Bike Wasn’t Moving!

The witness was 17 years old at the time of the incident, although it was his ex-wife (who was his girlfriend at the time) who would eventually make a report in 2004. On the night in question on 5th September 1966, the unnamed teenager was riding on his motorcycle to his girlfriend’s house to meet her parents in Columbus, Nebraska.

He was due to arrive at around 9 pm and was around a mile away from his destination when he noticed something truly out of the ordinary overhead. He could see a bizarre object which was “completely circular” and was around 100-feet above him. It also had a combination of green, red, and yellow lights on the underside. He would further recall how a pattern on the underside reminded him of the spokes on a wheel. 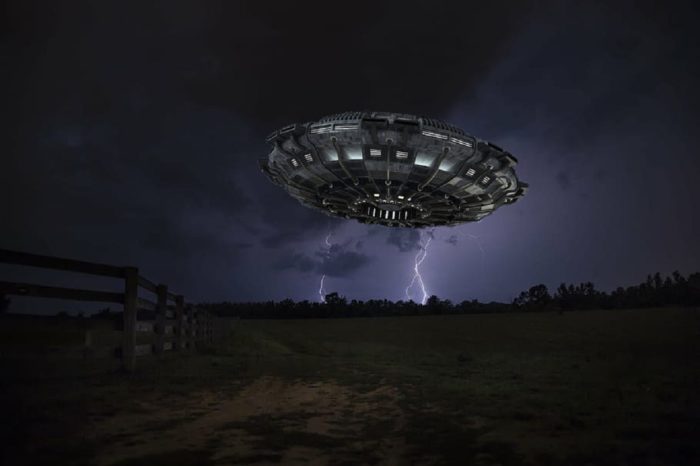 UFO over farmland at night

Although he could make out the shape of the object, due to the darkness of the evening he could not see any further detail such as the color, or any specifics on the top side. He did recall, though, that it made a “low humming sound” – a sound that “resonated” through him.

By the time he realized that the object was not moving and was, in fact, stationary, he increased the speed of the bike. However, then things turned even more bizarre.

The engine of the bike was indeed raging, and the wheels below were spinning as they should. The bike and consequently himself, though, remained in the same place on the road. Due to his familiarity with the road, he knew this was not something he was imagining. For example, he knew he should have passed certain locations on the roadside by now.

He increased the speed even more. Still, the bike remained where it was, working, but seemingly frozen.

Missing 30 Minutes And A Distinct Change In Personality!

The next thing he knew, he was traveling (and moving) once more along the road. However, he had the distinct impression that he was missing something. What’s more, despite going nearly 70 miles per hour only seconds ago, he was now seemingly coasting along at around 25 miles per hour.

He took a moment to clear his mind and then, while still very much concerned and unnerved, he continued on his journey.

By the time he arrived at his girlfriend’s parents’ house, he was around 30 minutes late. The journey itself should have taken no more than 5 minutes. As he pulled up the property, his girlfriend immediately saw how pale he looked and how jumpy he was acting. In fact, he was distinctly quiet for the rest of the evening. This change, while discreet, was something that didn’t leave him for some time, at least according to the recollections of his (then) girlfriend.

It wasn’t until a month or so later that he would eventually reveal to her what had happened that strange night at the start of September.

An Eventual Episode Of Realization

It was while the pair were on a night out around four weeks after the missing time episode when things began to make a little more sense to the witness’s girlfriend. They decided to park their car near a radio tower in a quiet part of the town. They had been before and many of their friends did the same. However, on this evening, things took a sudden change. 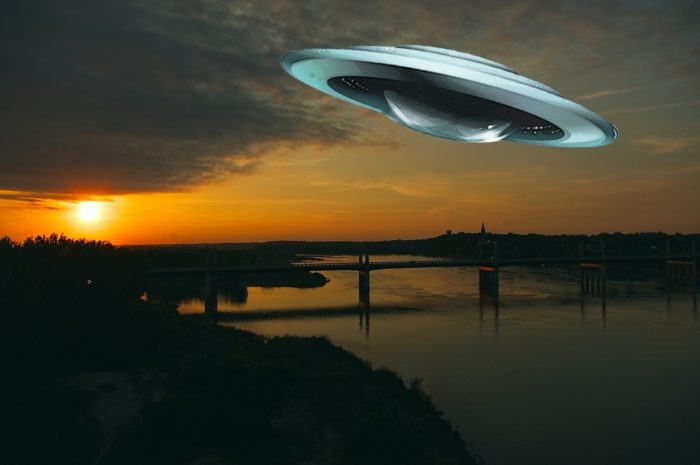 After only being there for several minutes, the witness suddenly declared they had to leave. As his girlfriend tried to calm him and find out what the matter was, he would suddenly blurt out what he had seen a month earlier on the way to her parent’s home. He still, though, could not account for the missing 30 minutes. Or why his bike was seemingly frozen in the same spot for such a prolonged period of time.

The pair would eventually marry and have children. However, they would divorce several years before the report of the incident was made. His wife also claimed that his constant state of fear and occasional panic would last for many years. And even at the time of their divorce, he would refuse to speak of the night in question.

Other Sightings During An Abundance Of UFO Activity

1966 and 1967 were both big years for UFO sightings, in particular 1967 which would see a wave of UFO activity around the world. However, the build-up to that wave of incidents began in the fall of 1966. More specifically, there were several such incidents around the same time as the Nebraska missing time case which are very much worth mentioning here.

For example, on the same evening as the alleged encounter above, in Minnesota at Finland AFS, a sighting of an oval-shaped object was reported. What’s more, the object had red, yellow, and green lights on the underside – the same as the lights seen in Nebraska around an hour earlier. As well as being seen visually, it was also picked up on the radar signal. So convinced that something untoward was in the skies above the region a decision was made to scramble two F-89 jets from nearby Duluth. However, as shows up in other similar reports, as soon as the fighters approached the object it disappeared with lightning speed. 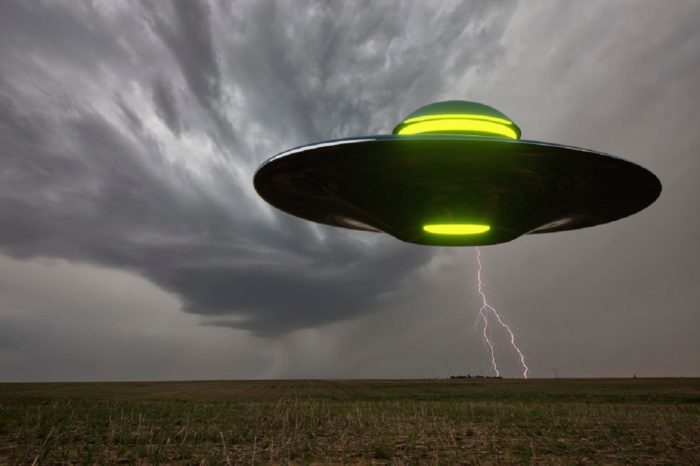 UFO over farmland in a stormy sky

Only two nights earlier, on the evening of 3rd September in Harlingen, Texas, a local resident would notice significant disturbance on his television. When he went outside to inspect what the matter was, he witnessed a “fantastic spinning light” that illuminated the entire area below. Unfortunately, the report does not say what colors the lights were, only that the object hovered there for some time. And furthermore, it had been seen in the area on other occasions.

Whether the above accounts are connected or not is obviously open to debate. They are, however, extremely interesting when considered against the missing time account in Nebraska. And perhaps even more so when considering the wave of UFO encounters that would occur in 1967.

An Intriguing Incident That Will Likely Remain A Mystery!

Did the anonymous witness suffer an alien abduction that evening on a lonely road in Columbus, Nebraska?

All the signs are certainly there, not least the missing 30 minutes of time. Was he taken on board the strange circular craft before being sent back on his way on his motorcycle? Was this incident really wiped from his mind? Or might it be possible that he very much recalled the events of that half an hour? However, he simply refused to speak about it? Might that have been why he would act as fearful for his life when returning near to the location a month later?

Or might that fear have been something in his unconscious? Something that doesn’t provide memories. But instead only evokes emotions such as distress, desperation, and outright terror.

Without hearing the witness’s side of the story there is so much left unanswered here. And it is not likely that we shall be able to fill in those gaps. Did the witness, for example, suffer any similar incidents in the years that followed? Did he recall any further memories of the night in question? And if the incident wasn’t a case of alien abduction, just what did happen during those 30 minutes? And what technology or energy caused the apparent standstill of his bike?

It is certainly an intriguing account. And one that, if we can assume the credibility of the person who made the report for a moment, certainly suggests something a lot more out of the ordinary than a mere sighting of strange lights in the sky. Just what did happen that September evening in Columbus, Nebraska, though, will likely remain a mystery.

Check out the video below. It examines the alien abduction and missing time phenomena a little further. 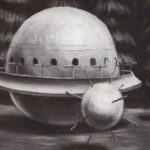 The Livingston Dechmont Woods Incident – A “Criminal Investigation” Of A UFO! 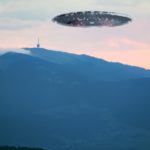 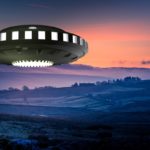