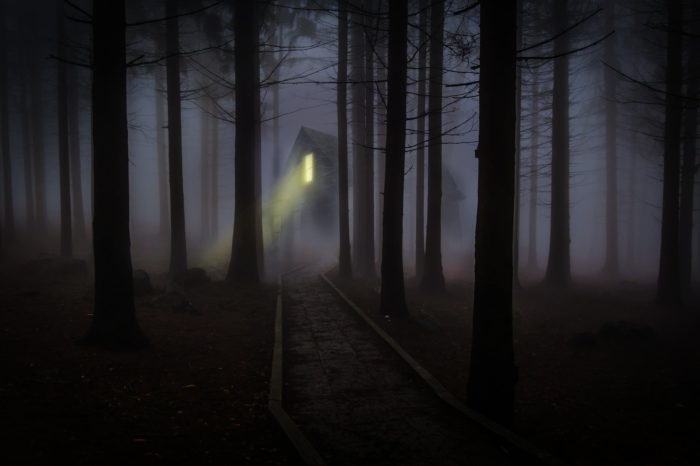 Accounts of witches, witchcraft, and sorcery go back as far as time itself. And as much as their origins reside in fairy tale and folklore, for a great bulk of humanity’s time on Earth, the view was much different. Needless to say, it is a subject widely regarded today as nonsense, from an age long past amid a populace lacking in basic knowledge.

It is perhaps strange then that the same people who will generally claim such notions as astrology and alternative ancient therapies and the belief once held in them are merely the product of an underdeveloped and primitive mind, are usually the same ones who claim such “primitive” minds were able to design and construct such megalithic structures as the Pyramids. Perhaps, like many things, the truth of such matters resides somewhere between the two stances.

Before we look at one of the most famous cases of witches and witchcraft, at least in terms of its reach into the modern era, maybe we should consider what this esoteric knowledge really is. Perhaps witchcraft, magic, or black arts – whatever you wish to call it – is merely knowledge intentionally lost to us through the demonization of those who dare to practice it? If that is true, then we would need to ask why?

Removing Knowledge From The Public?

Some researchers suggest that this esoteric knowledge was intentionally removed from the public arena. [1] While this has happened throughout history, some events such as The Inquisition are prime examples of this. Incidentally, many of the women who died during these horrific slaughters are still on record as practicing witchcraft.

Such secretive groups as the Knights Templar were said to hunt down valuable relics and ancient texts, and in turn, put such knowledge in the hands of secret societies away from the main population. These secret societies – at least the ones we know of – are today, some suggest, such organizations as the Freemasons and/or the Illuminati.

Even in more modern times, we see episodes of purging the public of knowledge not deemed suitable or correct. This can be extreme examples such as Nazi Germany or the old Soviet Union, or even North Korea today. Or it is done in a more subtle way, perhaps by omission from “accepted” literature, or even through outright discrediting of ideas, fairly or not. Going back to the idea of ancient wisdom, there is evidence of a heavy leaning towards astrology, for example, something we now view as “an old wives tale”. Just playing devil’s advocate, but perhaps that is intentional. Perhaps those in ancient times knew something that we are not aware of today?

If there is any truth in the purposeful encouragement for people to abstain from such practices, then one way to do that would be to create such legends among the population. Of course, if all this is true, then it suggests a group of elites orchestrating such things.

Check out the video below. It looks at the notion of esoteric knowledge and its removal from the public.

The Origins of The Bell Witch

Perhaps one of the most famous accounts of witchcraft was The Bell Witch encounters of Adams, Tennessee. [2] The legend has such an impact in terms of American folklore, that the film “The Blair Witch Project”, to name just one, takes a lot of inspiration from the account.

Taking place over a period of four years from 1817 to 1821, the whole town of Adams would suddenly become aware of an entity around them. For the most part, this entity was invisible, but those that did see it described a witch. Often the entity would be in two places at once, usually miles apart. She would often make little prophecies to the townsfolk, many of which came true.

The main hub of activity, however, would focus on a local farmer, John Bell, and his young daughter, Elizabeth. At first, like other residents of the town, Bell would feel a presence around him. One evening he would see a bizarre looking animal with the “the head of a rabbit and the body of a dog!” This particular night, with the strange beast in his sights, he took aim with his gun in an attempt to shoot and kill it. He missed, and the creature disappeared into the night.

Not long after, the noises in the Bell family home began.

The entire family would hear the noises that took over the house. Knocking would come from the walls, while constant scratching came from the floorboards. Regularly the sound of someone walking around the property in chains rang out.

It wasn’t just members of the Bell family that were present when these strange incidents took place. Many of the residents of Adams were witness to the accounts themselves. Needless to say, many were keen to keep their distance from the Bell family.

Interestingly, the entity would show kindness to Bell’s wife, Lucy, and his young son, John Jr. Fruit would often appear for Lucy and strange haunting melodies would sound out and serenade her. Conversely, as the activity intensified and the entity appeared more, it assured John Bell that it would kill him.

Incidentally, John Bell would die from poisoning in 1821, apparently through self-ingestion.

As you might imagine, there are minor details that change from each version of the John Bell account. Some state the Bell Witch placed the poison in his food. Others that his wife, possibly under a spell of the Bell Witch, poisoned her husband and then claimed suicide. The basic premise of the account, however, remains intact.

What’s more, the sightings and legend of the Bell Witch would continue long after John Bell’s death. Before we look at some of those, however, check out the short video below. It goes over the basics of the John Bell account.

The Long Reach of The Bell Witch

There have been some intriguing connections and sightings in the years since Bell’s death. For example, in 1868, farm worker, James Smith [3] was murdered by fellow workers, Tom Clinard and Dick Burgess in Adams. They would claim that Smith was able to use witchcraft, something he obtained “from the mantle of the Bell Witch.” In the trial that followed the two men claimed Smith attempted to use his powers on them.

In April 1880 in nearby Springfield, Tennessee, claims would appear in ‘The Daily American’ newspaper of strange knocking in the walls [4] and from the floor in an apparent return of the Bell Witch. Despite the family living there not wanting any attention, as the story got around, so did hundreds of people descend on the property wishing to experience the phenomena for themselves.

A decade later in January 1890 came another apparent sighting near Adam’s Station. While feeding cattle, Mr. Halloway noticed two strange ladies dressed in black approach his property and dismount. His wife saw them also. By the time they arrived in the front yard of the house, the two women and their horses were gone.

Numerous other sightings appeared in the newspapers of the day throughout the following decade. Although not as often, reports would continue into the twentieth century. One account was even as far away as Florence, Alabama. Reports came in regularly to the local newspaper of strange creatures in the woods. On occasion, the beast would let out a blood-curdling screech that resembled a woman screaming in pain. 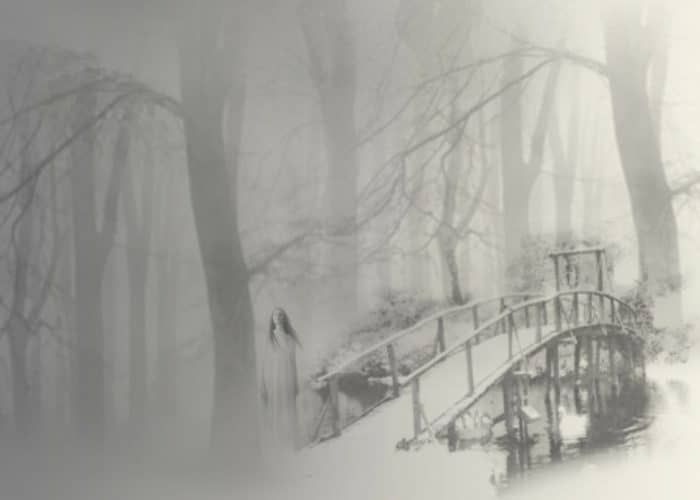 Are legends of the Bell Witch to be taken seriously

In late-1930s farm owner, Louis Garrison began to hear strange sounds from inside the cave systems on his land. These are the Bell Witch Caves and they enjoy a history of their own. Sometimes scratching was heard, sometimes wails and cries. On occasion, a particularly haunting melody would even emerge from the cave entrance.

Perhaps one of the most chilling incidents of the Bell Witch Caves is that of the Epworth League and their encounter of June 1937. While roasting meat over a fire near the entrance to the Bell Witch Cave and joking of how the legend was just a story, the figure of a woman on the rocks above them forced them to flee in terror.

The group leader would tell newspapers of the sighting that the “figure” was actually a piece of rock that the moon made look like the Bell Witch. However, writing in 2015, Jim Brooks would state his research of the original reports suggests the moon was covered by considerable cloud that evening. His mother was also present on the night in question. According to her claims, the group leader did indeed go to investigate the sighting. However, he soon caught up with the boys “in no time at all” such was his hurry to get away. He offered no explanation to the group and was just as eager to leave the area as they were. Make of that what you will

In 1977, while visiting the cave from the nearby base, Fort Campbell, one soldier from their group began to show doubt regarding the legend. According to reports in the Clarion-Ledger, almost instantly “an invisible hand” would grab his chest for several seconds before releasing him.

The short documentary below looks at the Bell Witch in more detail.