In July 1984, on board a Soviet space station, one of the strangest sightings of cosmic phenomena occurred. The event witnessed not by a single person, but six individuals all claiming to have seen the same thing. What’s more, these events happened on two separate occasions, removing the possibility they were victims of some freak visual occurrence.

According to the cosmonauts on board the Salyut 7, huge “angel-like” manifestations were present outside their craft. They were floating above the Earth and swimming through the eternal ocean of space. These humanoid creatures had distinctive wings, and faces that housed a “peaceful expression!” They even projected overall feelings of peace and tranquillity among the crew members.

An artist’s 3D model of the Salyut 7.

The account, although seeing news coverage at the time, only really came to light in a fuller manner at the end of the Cold War. Indeed, it was while the world witnessed a major Soviet propaganda victory in the space race that these events played out quietly in the background.

Various theories have developed over the years, ranging from the reasonable all the way to the outrageous (depending on perspective). While some believe the experience to be nothing more than a bizarre hallucination, others believe in a more divine answer. Some even claim these strange beings to be nothing less than actual angels. What’s more, they also claim they are here to announce the end of the world.

Launched in April 1982, the Salyut 7 Space Station locked into Earth’s orbit soon after. The intention was of conducting various scientific experiments in space. The initial crew consisted of Soviet cosmonauts, Leonid Kizim, Vladimir Solovyov and Oleg Atkov (who served as a cardiologist).

Three months into its third year above the planet, the mission had begun to experience a multitude of system failures. This understandably unnerved the crew somewhat, although they didn’t appear to be in any danger and proceeded with the mission.

The first strange sighting occurred on 12th July 1984. [1] Out of nowhere a strange but bright “orange cloud”, seemed to envelop the entire space station. At first, they believed there must have been an explosion and consequently the orange glow was, in fact, a fire. Investigation proved this not to be the case.

The three cosmonauts rushed to the portholes, almost blind from the brightness that flooded into the space station. When their eyes finally adjusted, each of them could clearly see huge “angels” outside the ship.

The cosmonauts stated the angels had a wingspan akin to the size of 747 jets, and were eighty feet tall. One later report stated that the entities appeared to acknowledge their presence inside the space station, even smiling at them. In all, there were seven of these celestial entities.

The men stood mesmerized by what they were seeing for ten minutes. Then the “angels” disappeared, as quickly and as quietly as they had arrived.

Following the docking of the Soyuz T-12 with the Salyut 7 on 17th July, five days after the strange sighting, three more cosmonauts – Vladimir Dzhanibekov, Svetlana Savitskaya, and Igor Volk – boarded the space station.

In a bizarre side-story to the events that were unfolding, the launch of the T-12 was down to the Soviet government wanting to score a propaganda victory over the United States in the escalating space race of the 1980s.

NASA’s announcement in 1983 that they would make astronaut, Kathryn Sullivan the first woman to complete a spacewalk began things. Hearing this, the Soviets immediately set their sights on such an achievement. The mission directive was to ensure that Savitskaya would complete a successful spacewalk before the Americans. And so being the first woman in history to do so and scoring a major Soviet propaganda victory. Incidentally, she achieved this eight days after docking with the Salyut 7, on 25th July 1984.

You can see a very short clip of this feat below.

While this was unfolding, however, behind the scenes the mysterious angels returned. This time all six of the cosmonauts witnessed them together. The events were largely the same as the first time they appeared.

They again reported the sightings to the mission control superiors on the ground. Again the reports spoke of these strange glowing angel-like creatures seemingly being aware of the crew – even smiling at them. As before, after several minutes of encircling the space station, they peacefully disappeared into the vastness of space.

The short video below looks at the sightings of the Soviet cosmonauts.

Although there is no hard conclusive science to back it up any more than your standard UFO or alien theory, the Salyut 7 incident was chalked up by most to a mass-hallucination. A single cosmonaut hallucinating is one thing. To have six people on two separate occasions each share that same hallucination is unlikely at best.

Each of the cosmonauts was subject to intense and prolonged examinations upon their return to Earth. These were both physical and mental in nature. All passed these examinations and procedures convincingly. In short, there is nothing to indicate or prove that what they saw was a hallucination.

Nor was there any suggestion, or reason to suggest, that the incident was a collective lie by the Soviets.

Ultimately, however, the accounts of the cosmonauts and the incident itself, has largely come together from released reports and research. Although the incident did make the international news, there was no real seriousness in the reports – the incident soon forgotten.

In more recent years with the rise of the Internet, the story has spread much further. It is however sometimes difficult to extract the exact events from the hearsay in such cases. There are claims of NASA whistle-blowers who state that these “angels” regularly appear in photographs of the Hubble telescope. [2] Others go further, claiming that the Vatican is not only aware of these beings, but are involved in covering them up.

Even as recently as 2008, an anonymous spacecraft operator from the Kennedy Space Center stated he witnessed a “large alien” standing in the payload bay of a space shuttle.

As bizarre as some of these claims might be, they make for some interesting theories.

The Watchers Of Biblical Times?

Many ancient writings and holy books speak openly about angels and those who acted as messengers for “God”. To those who subscribe to the ancient astronaut theory, these angels were actually aliens.

One ancient tale, in particular, is that of the fallen angels, who were cast down to Earth. Some consider these “angels” to be The Watchers, who perhaps feature most prominently in the Book of Enoch.

While it is a stretch admittedly that this might be the case, it is an interesting point to consider. Perhaps even more so when many alien and paranormal investigators consistently speaking of a connection between “energy” and strange phenomena. Although the seven angels witnessed by the Soviet cosmonauts had very distinct features, they essentially appeared out of nowhere. They then vanished into nowhere, as if they were an energy force that manifested itself perhaps?

David Icke speaks of the force behind the reptilian bloodlines, as being such an energy force. One that exists in the universe and that can manifest itself in many different ways. Essentially, everything is energy and frequency.

The short video clip below features Icke explaining this theory in more detail.

The End Of The World?

Many of those who lean towards religious thinking will most likely say that the arrival of seven angels is bad. Furthermore, it is a prophet or a warning of something bad about to happen.

Theories of the end of the world appear online and into the public arena constantly. If ever a genuine warning of such an event came to light, most would ignore it. This is almost a by-product to the constant opportunism of some alternative media sites.

We have written before about Nancy Lieder who has made various predictions about the end of the world. On one occasion even going as far as to encourage people to “euthanize their pets” – to avoid their suffering. Lieder is just one of many who have made such brash statements, for a vast array of reasons. The fact that you are reading this article, however, is proof that none of these have yet proven to be true. And despite world events as they are in the early twenty-first century, don’t appear to be completely imminent.

So might the “angels” that the crew of the Salyut 7 witnessed in 1984 have been such a warning? Was their appearance a prophecy of the end of the world, and of terrible times to come? Unlikely admittedly – not to mention the amount of time that has passed since seemingly without such an apocalyptic incident.

It is perhaps worth bearing in mind, however, the following. Although this incident happened over thirty years ago, in cosmic terms, that is but a millisecond. Maybe we are not out of the apocalyptic woods just yet!

The video below is a light-hearted look at some of the better-known predictions of the end of the world and life as we know it. 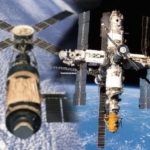 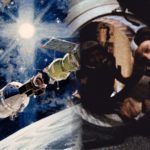 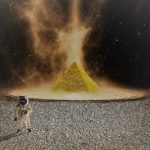 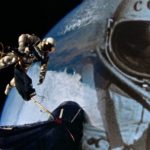 Into The Heavens: The First Humans In Space And The Underlying Drive Of The Cold War