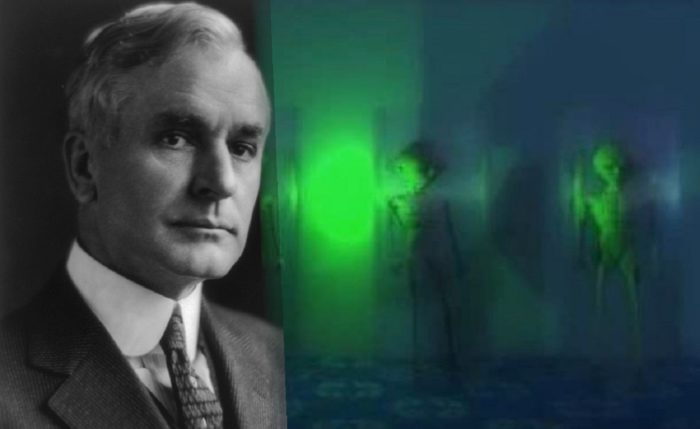 In 2002, Willian E. Jones, the director of the Ohio branch of MUFON, received a letter that three years earlier in December 1999 had arrived at the Center of UFO Studies from the daughter of Reverend Turner Hamilton Holt. In it, was an account told by Holt to his daughter, Lucile Andrew, about his cousin, Cordell Hull, who had at one stage been the Secretary of State during Franklin Roosevelt’s presidency of the United States in the run-up to and during the Second World War. If the contents of this letter are true, if only in part, not only will it make UFO researchers reassess the general timeline of UFO activity on Earth, but also the apparent alien presence on it. A presence which may indeed go back much further than the Roswell Crash of 1947.

According to the letter, Holt would finally tell of the account, with a request that it should be put on record, as “he didn’t want the information to be lost”. However, the caveat was, that this information would remain under wraps until “long after he and Cordell were dead”. After researching many UFO investigators and organizations, MUFON was singled out as “the most reliable (UFO) group in the country” with the hope that they would continue to “research and search this information”. In turn, investigations into the living “witnesses” and those who they claim passed on these explosive secrets would appear to be extremely credible.

The “Sub-Basement” Under The Capitol Building!

According to the contents of the letter, [1] while Holt was visiting his cousin in Washington DC at the Capitol Building, he was approached by Hull who “swore him to secrecy”. Bemused but humoring his high-ranking cousin, Holt agreed. Hull would then proceed to lead him to a strange and non-descript “sub-basement”. There, he would show him “an amazing sight!”

In this large subterranean room were four large glass containers. In each one was a creature “unknown to Holt or Cordell”. They were clearly not human and equally as clearly some kind of humanoid alien lifeform. Also in this room was a “wrecked round craft”. This presumably belonged to the four alien entities in the glass containers.

Although we don’t have an exact time-frame for this secret disclosure, Cordell Hull would serve under Roosevelt from the start of his presidency in 1933 until his resignation in 1944 due to failing health. Roosevelt himself would leave office the following year. Given what we “know” of presumed alien crafts and their alleged respective crashes to various spots around the United States in the early 1940s, we might think it is likely the incident, if we assume for one moment it is authentic and accurate, occurred between 1942 to 1944. Unless, of course, there are incidents of downed alien crafts that we in the public domain have no knowledge of, which is certainly not beyond the realms of possibility. In fact, according to Andrews, the encounter took place around 1939, before the United States joined the war.

According to the letter, the “creatures in formaldehyde and the wrecked craft are (out there) somewhere”. Furthermore, according to Holt, Cordell would inform him that the government, at the time, feared they would “start a panic if the public found out about it”.

The “Origins” Of The Shadow Government?

So, what should we make of the apparent “confession” to such other-worldly entities and crashed vehicles, not least, the alleged time of the incident in 1939? When, for example, did the crippled craft come down? Was it prior to the Roosevelt administration, suggesting a form of shadow government operating continually regardless of who sat in the White House? Or did the incident occur after 1933 while Roosevelt was President? Perhaps this administration, which came to end following the world-changing event that was the Second World War, was the start of such a shadow government? Perhaps a secret organization began out of genuine concern and was quickly hijacked by those who sought control. It would certainly fit into other events of the coming decades, as well as the rise of secretive intelligence and security agencies.

Might these alleged events force us to view such incidents as The Battle of Los Angeles, The Roswell Incident, and the plethora of sightings that followed, not to mention the claimed meeting between aliens and President Eisenhower in 1954, in a slightly new light?

Adding further credence to the account, when MUFON would speak to the sisters of Andrews, Holt’s other children, they each would state they too remembered the stories. They would each, independently from the other, tell the same account as presented to the UFO group in the letter. Each would also state that their father would always call the entities in the jars “creatures”. And never “aliens or extraterrestrials”. In fact, he never specifically stated where they came from. He did, however, mention several details that have come up in multiple UFO reports since, including the strange, metallic, silver material that made up the craft’s exterior.

The video below features two of the sisters mentioned above.

Just How Far Back Does This Stuff Go?

Given Cordell Hull’s lofty position in American history, it would seem strange that all three of Holt’s surviving daughters would tell falsehoods of their father or his cousin. Much in the same way that such a respected UFO organization as MUFON would publicly investigate such a case without genuine reason to do so. In short, it is a claim that is not only interesting but has all the hallmarks of truth to it.

Not only was Hull the longest serving Secretary of State in history, he was offered the Vice Presidency in 1945. In the same year, he would win the Nobel Prize for Peace. To say he was an accomplished and respected man would be a huge understatement. He would write a book of his memoirs. However, there is no mention of the alleged accounts within those pages. Reverend Holt himself was an equally respected individual in his community, who also held a Doctor in Theology degree and was a community leader and author.

And what of the claim of alien bodies underneath the Capitol Building? As you might imagine, there is no known proof of such a claim. However, a quick examination of the records of the building shows that such a sub-basement did indeed exist during the 1930s and 1940s. It is an interesting detail that, at least in part, adds another layer of credibility and believability to the seemingly bizarre and history-changing account. If true, just how far back did this secret activity stretch to? Might we find, the more we examine such notions, that encounters go back much further than we imagine. And possibly further afield than the North American continent.

Surprising Connections In Many Different Directions!

It is, at first glance, an account easily dismissed. The more research one conducts around the claim, however, that changes. And when put alongside other reports of sightings, encounters, and alleged crashes, it suddenly takes on an entirely different look. Just how active were UFOs in the skies of our planet in the first half of the twentieth century? In particular, over the United States? And what were the reasons for these visits? Just how far back do they go? And when did the US government, and indeed other world governments know about them? Was this a secret cosmic collaboration and meeting of minds? Or was this some discreet attempts at invasion that resulted in downed crafts and captured, albeit dead, alien pilots?

In short, should this account prove to be genuine – and as bizarre as the general claim is, the account itself is mundane enough in the extra details to suggest authenticity – it would surely force us to question everything we think we know of the twentieth century? Were these events completely separate from other events that would unfold over the coming decades? Or might they have played a secret influencing role throughout the 1900s, quietly from the shadows? We might perhaps share a collective astonishment of the multiple connections that stretch out in many different directions. Ones involving numerous apparently unconnected events and individuals. 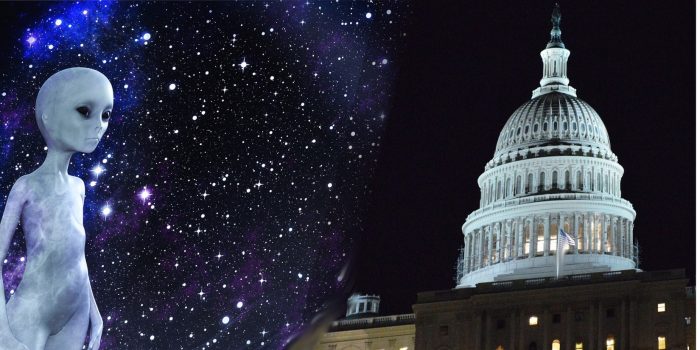 Might Roswell Not Be As Momentous As We Think?

Perhaps such apparent highly visible accounts as the aforementioned Roswell incident would present an opportunity for authorities. Maybe it gave those who would continue to ask questions a “line in the sand” to begin their research from. A very real account. But one not nearly as important or momentous as the US military has led us to believe. Only more recently have such accounts of crashed UFOs before the Roswell incident come to light. And, in turn, undergone more serious investigation.

And what of the particulars of these strange “glass containers”. There are multiple accounts on record of apparent alien abductees who have witnessed similar sightings. Only these containers usually contained human bodies. Or even human-alien hybrids. Are these abductions, as some researchers have suggested, actually US military experiments? Where an alien presence covers their own presence? Or might, as the 1954 Eisenhower agreement have resulted in some kind of joint alien-human operation? It is worth remembering that many alien abductees often mention a “human or high-ranking military presence” during their experience?

As the contents of the letter states, researchers should follow-up and investigate this further. And the several accounts of downed alien crafts during the same timeframe? These certainly offer us a fuller, clearer picture of these alleged events. They also present even more reason to keep pursuing such claims as those made by Cordell Hull and Reverend Holt. 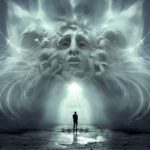 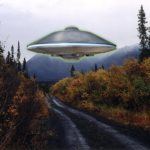 The North Canal Road Abduction – Aliens In The Yukon