The tale of Italian Alberto Gordini from 1753 is one that could sit equally well in both supernatural and UFO circles. And like all tales such as these, there is a little discrepancy as to the authenticity of it, as well as whether the exact details are correct. Indeed, the incident is one that perhaps has elements of both fact and legend within it.

Do alien encounters go back centuries?

Before we examine the following case, we will remind ourselves that quite often, albeit depending on interpretation and perspective, we find that legends, myths, and folklore have some truth to them. Whether directly or allegorically, such accounts remain of interest to researchers today. Perhaps not least as we can find very similar details, as we will examine briefly later, in accounts from our contemporary era.

The incident appears to have entered the public domain in our contemporary era courtesy of Planet X Magazine in an article entitles The Trap of the Devil.

A Truly Bizarre Disappearance In Front Of Many Witnesses

The incident in question would unfold on May 3rd 1753 (some sources state 1756) in Sicily. An artisan gardener of the region (said to be Taconite in some accounts) was taking a walk with his wife and several other people, perhaps most notably the Duke of Zenini.

Once more here we run into a slight discrepancy, likely to be caused by translational error. Some accounts claim Gordini was walking around the town square, while others state he was walking around the gardens of a wealthy estate owner. Whatever the exact location, Gordini, his wife, and several other witnesses were enjoying a walk when the gardener simply vanished into thin air. [1] 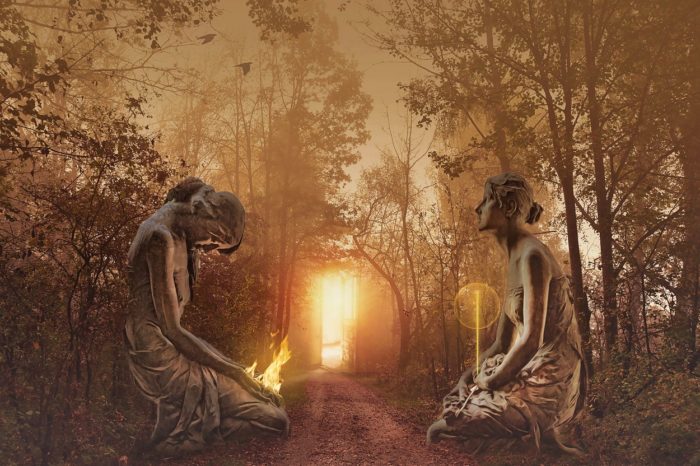 Have alien abductions been happening for centuries?

The incident occurred right “before the eyes” of those present leaving all of them in a temporary state of shock. They would, however, bring themselves to their senses and begin digging into the grounds of where Gordini was last seen thinking he may have fallen into an unseen pit.

The frantic digging continued for some time, but no sign of the man was to be found. He had seemingly vanished into thin air. Needless to say, there was an air of confusion and disbelief among the witnesses. And most likely, given the era, a feeling of suspicion at such bizarre events.

Then, however, over two decades later, the account would take an even more bizarre and perplexing twist.

According to the tale, 22 years later, Gordini suddenly materialized in the exact same spot he vanished. What’s more, he was completely unaware that anything out of the ordinary had taken place. He had no memory of disappearing.

He was cared for by the townsfolk. However, it was generally accepted that whatever experience he had undergone had left him “feeble-minded”. That was until Father Mario (who was also a doctor according to the account) met with Gordini. By this time, much of what had happened had returned to the unfortunate man’s mind.

Furthermore, unlike others who had listened to his tale, Mario believed his account. He “understood” that for Gordini, only a few seconds appeared to have passed while, in reality, it was over twenty years.

Gordini would tell Mario that on the day in question while walking with his wife and friends, he “suddenly found himself in something like a tunnel”. He had no idea how he had come to be inside this strange walkway. However, he continued forward, noticing there was a “vague white light” up ahead.

“Weird Mechanisms” That He Had No Knowledge Of

As he continued on, he noticed “weird mechanisms” that he had no recognition of, but that were vibrant and alive with activity. He carried on into the walkway and noticed what seemed to be a “large canvas all covered with stars and dots”. What’s more, this strange item appeared to “pulsate” as if it was alive.

It was then that he noticed a “tall, thin, human-like figure with long hair”. Although he wasn’t certain, he believed the entity to be female. Whoever she was, she would speak to him, claiming he had fallen into a “crack of time and space”. What’s more, according to this strange female being, it would be “very difficult” for him to get back to his own time. 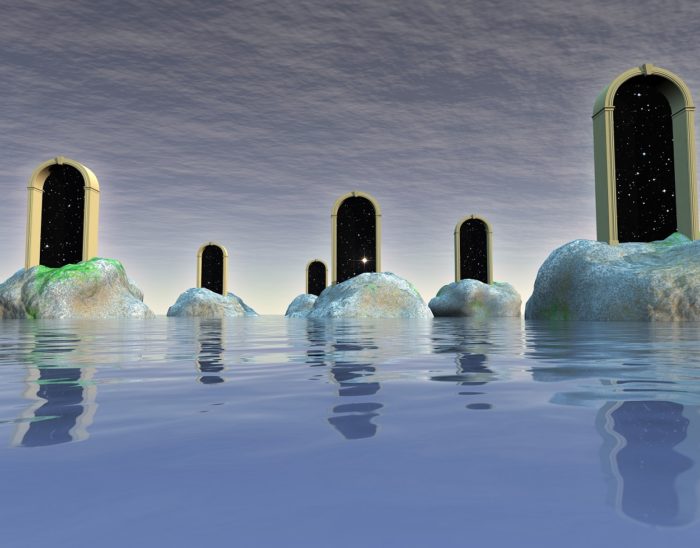 Many ancient accounts mirror those of the modern era

He would beg the female entity to assist him in returning to his world, which she agreed to do. However, during this time, she would also impart information and knowledge about the realm of existence he found himself in. She would claim to him that the “eternally young” as well as the “souls without flesh and body” resided here. While “thoughts moved with the speed of light”. Perhaps even stranger were the claims of “flying cities”.

We will examine just where Gordini may or may not have been shortly. However, the claims of flying cities are intriguing. Especially if we believe the footage, has been filmed on several occasions in recent history.

What happened next, takes in an even stranger direction.

The “Trap Of The Devil!”

Father Mario believed that Gordini was very much telling the truth. In fact, so much so, that he would arrange to accompany him back to the spot where he had disappeared (now) almost three decades earlier.

Once there, Gordini would step forward as he had done that fateful day in May 1753. Much to the disbelief of Mario, as soon as he had done so, he vanished once more into thin air. And this time, he would disappear forever. 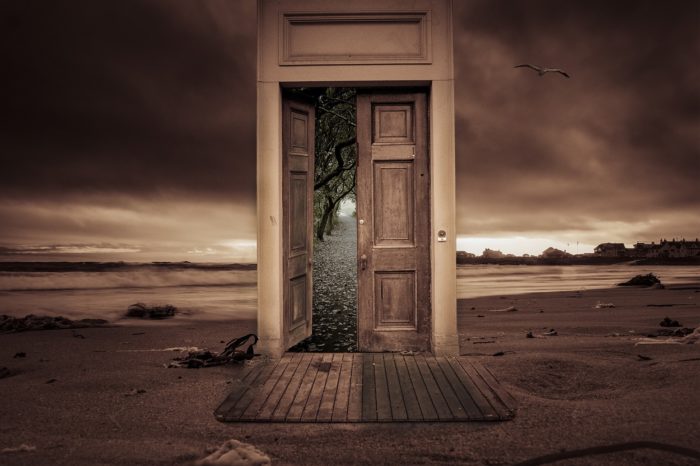 Should we look again at ancient accounts “of the Devil”?

Father Mario believed that the gap in “time and space” was a realm where time flowed slower than on Earth. And what’s more, he wasn’t convinced that the entities that resided there – at least some of them – were of the benevolent nature.

So much so, that he would refer to the area as “The Devil’s Trap” or the “Trap of the Devil”.

Whether the account is 100 percent accurate and complete fabrication, it is certainly intriguing. Not least as it compares very favorably to accounts in our modern age. Not least, perhaps, some of the cases of the Missing 411. Or more to the point, the even rarer cases of people disappearing only to reappear several months or years later.

Just what might have happened to Alberto Gordini? Did he really disappear into an unknown realm? We have examined on several occasions and from several different perspectives the idea of different dimensions all around us.

Might this have been a case of a person crossing from one dimension into another? Might it be a case that an interdimensional doorway does exist at the spot the account happened? We have speculated before, as have many researchers, that certain points around the planet, for reasons unknown to us, might act as these gateways to other worlds. In this case, due to the discrepancies, the exact location is not known. 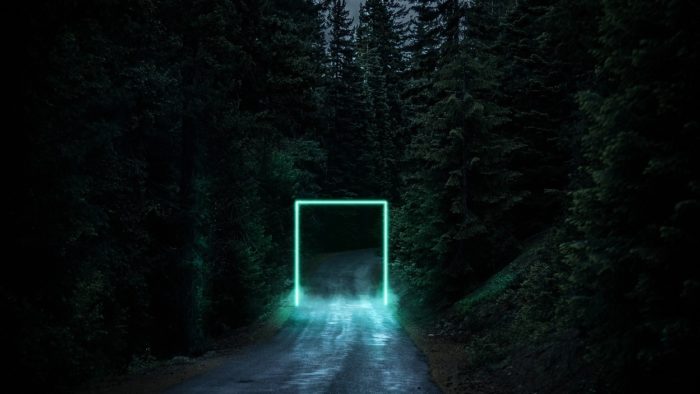 We might, in time, discover the nature and reality of these dimensions. Might we also find that such entities that reside within them are the same as the demonic and angel-like entities that have intertwined around the human existence?

Or might we find that this is some kind of alien abduction account? Might the “canvas” with stars and dots have been a mistaken sighting of space? Might the tunnel he suddenly found himself in have been a walkway to a space vehicle? We should also remind ourselves, at least according to the account, that to begin with Gordini had no memory of having disappeared. He would only tell of the account several years later. Might this have been a case of suppressed memories returning?

Further Testament To The High Strangeness Of Our World

The account of Alberto Gordini is most definitely intriguing. And it could very well be a consequence of any of the possibilities above.

The incident also, however, evokes memories, as we mentioned above, of the many bizarre disappearances as recorded and researched by David Paulides in his Missing 411 research. Although it would be almost impossible to conduct the extensive research that Paulides has done for cases from the late 1800s to the modern era for the centuries that proceeded them, such an exercise just might result in very similar cases of people vanishing into thin air.

Perhaps such accounts are further confirmation of the high strangeness of the world in which we live. And the persistent twists and turns of what we call reality and how it affects all of us.

We should also note that many in Italy, at least according to some researchers, distance themselves from the legend. Especially in the face of those looking to discover the alleged spot of the bizarre disappearance. Might this be because the account is more myth than truth? Or might there be a spot somewhere that is best left undiscovered?

Check out the video below. It looks at some of the most bizarre disappearances on record.

The Pennsylvania Rain Man – Possession By The Devil Himself?