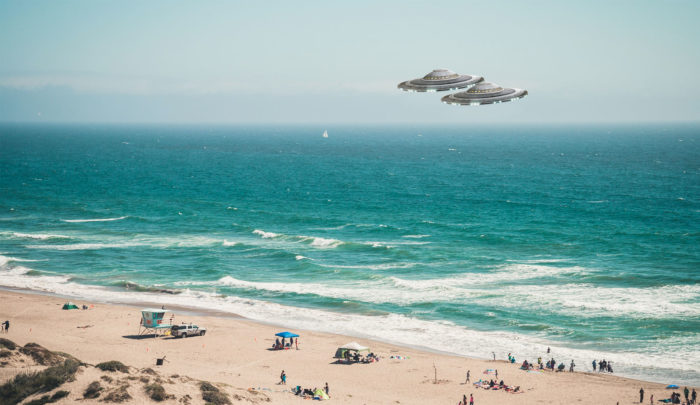 Although the US Air Force, who would record the encounter after Sid Padrick offered the account to them, would dismiss his story as absolute fantasy, other independent researchers in the UFO community disagree. Perhaps most prominently is Timothy Good, who writes of Padrick’s encounter in his book “Beyond Top Secret” and states he not only believes his tone, but that his statements and answers to investigator’s questions were always “clear, precise, and without guile!”

Regardless of which side of the debate you find yourself, the account is worth looking at. Perhaps it is also worth bearing in mind, the quickest way to discredit someone is to first make out they are “crazy”, and then make out their intentions are purely selfish and self-serving. In some cases – quite a lot unfortunately – this is very much the case, but certainly not always. It is up to each of us to decide for ourselves which are which.

An artist’s drawing of two UFOs over Manresa Beach, California.

Sid Padrick would often take late night walks along the beach in Watsonville, California. His home was nearby and the late hour most often would mean he had the area to himself, much like he did this evening in late January. It was a little after 2 am when he noticed an outline of a large craft “like two real thick saucers inverted” heading in his direction. Just meters away, it came to a rest on the ground in front of him.

Gathering his thoughts, his first reaction was to run – which he did. Then a voice rang through the night, “Do not be frightened. We are not hostile!” He continued to run, prompting the voice to repeat the statement, before then inviting him on board their craft.

He stood there for a moment, contemplating what was happening. With ample caution, he walked towards the strange vehicle. As he stepped closer, a door would open, presenting the inside of this mysterious craft for him to explore.

He paused a moment, still cautious, before he stepped forward.

He would find himself in a small room around six by seven feet before another door opened in front of him. Once again he stepped through, this time into a larger room, where a man “no different to me in basic appearance” would greet him.

As he looked around to examine his surroundings he would notice a further seven men in the room, as well as an “extremely pretty woman!”

He would estimate them “by our standards” to be early-to-mid-twenties, with features almost identical to humans other than a point to their chins and noses. According to Padrick, each adorned a “two-piece suit – slip-on type – light bluish-white in color!” No zippers or buttons were visible on these tight-fitting suits, and their shoes appeared connected to the suit itself. He could hear the sound of their shoes on the “rubber-like floor” of the room. 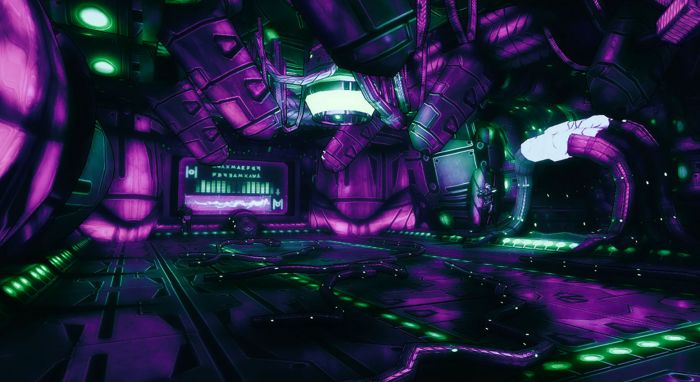 An artist’s drawing of inside an alien craft.

Each of the crew appeared involved in various jobs, each concentrating on “instruments” they were working with, including one which Padrick would see first-hand – an oblong lens that appeared to be some kind of highly advanced “viewing system” which contained a “magnified three-dimensional effect” that was their “navigation craft” – essentially their mothership. Padrick would further remark that where the ship was “it was daylight”, so he surmised it was quite some way from their location.

At one point, after traveling for around an hour and, according to Padrick’s account some 175 miles northwest of their initial location, his guide would ask him to leave the craft and have a look around so that “he would know it was real” and not a dream. He did so, claiming that the outside of the craft looked metallic “but was not metal” and that the closest thing he could compare it to was plexiglass. He also claimed it was “highly polished” – something which often shows up in reports of close-up examinations of UFOs.

Although all of the beings acknowledged his presence, only the first – the man who greeted him – would speak to him. He would do so in English, offering himself to be the only one on board who could do so.

Padrick would recall there was no accent at all to the man’s speech – just plain English. He would also pause for a considerable time before answering any questions Padrick asked. For reasons he couldn’t explain, Padrick had the sense that the replies appeared to him – as if by telepathy, which he also sensed is how they communicated with each other, as none of the crew made a sound.

Padrick would ask several questions of his guide, including where they came from. The reply was rather cryptic in, “from a planet which we (humans) observe, but we don’t observe them!” Padrick would offer that he believed their home planet “is in our solar system!”

When Padrick asked the man his name, “You can call me Xeno!” was the reply. Of course, Xeno is “stranger” in ancient Greek.

No Crime, No Police, No Money!

During the encounter, Padrick would see a photograph of a city on the planet that the visitors came from. He would describe the buildings in the city as “all being rounded off” like a half moon. The buildings themselves had distances between them that were seemingly random – not equally spaced as a city on Earth might be.

According to Padrick, his “guide” informed him, “As you know it, we have no sickness, we have no crimes, we have no police force. We have no schools – our young are taught at an early age to do a job, which they do very well. Because of our long life expectancy, we have a very strict birth control. We have no money. We live as one!”

When he enquired why they had come to Earth, the answer was simply, “Observation only!”

Padrick would theorize later that “I think they are observing people mostly”, adding that there was no mention of impending disasters, political upheaval, or of any future events. Interestingly though, he would put forward he had “the impression they will pick up more people in the future!”

One interesting aspect of Padrick’s encounter was an apparent fusion of worship and science – something that would, in many people’s minds, be completely at odds with each other.

Following various demonstrations of their technical prowess – which at no time was in anything than a humble way – Padrick’s guide would lead him into a room he would later call a “consultation” type of room which was full of “colors that defy description!”

Then the man would ask Padrick, “Would you like to pay your respects to the Supreme Deity?”

There is no description offered as to what this deity might be, or what form it might have taken, but Padrick did state that “until that night I had never felt the presence of a Supreme Being – but I did feel Him that night!”

It is an interesting dynamic to a UFO encounter. Again, giving the last word to Padrick, he would state “It is obvious they are on a very high scientific level. I would say their religion and their science are all in one!”

Padrick would later state that the US Air Force had insisted he “leave out” certain aspects of his story. For example, he would claim they did not want him to speak of the beings having no money, crime or schools.

From the US military’s point of view, the only reason Padrick approached them with information of his encounter was purely to lend his otherwise manufactured account some credibility. In short, they believed Padrick to be making up the whole affair, possibly for fame, more likely for money. And a court case in 1971 would appear to lend that assessment some credibility of its own.

According to a report in UFO Investigator from April 1971, Sid Padrick would find himself in a California court following legal action against him over $1000 he had borrowed from a friend in order to produce a book of his extraterrestrial encounter. After waiting patiently for six years, and with no book or even a manuscript evident, the lender of the money wished to retrieve his investment. Padrick would argue that he had given the manuscript to “an associate” who then had passed it on to an unknown person (unknown to Padrick), and had since vanished. Incidentally, the judge would rule for him to pay the money back, with interest to boot!

This appears to be the last anyone has heard from Sid Padrick. Whether he simply wished to live out a quiet life or whether his sudden low profile should be an area for suspicion is up for debate. As is the manuscript that “went missing!”

Was he a victim of being “too honest” by reporting his encounter to the very people who would look to cover it up? Or did the US Air Force have him “bang to rights” in their assessment that he was looking for “profit” in one way or another from an encounter that never happened?

Check out the video below. It looks at one of the intriguing aspects of this case – the mixture of religion and extra-terrestrial beings. 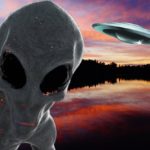 The Tragic Death Of An Alien Humanoid In 1955 Sweden? 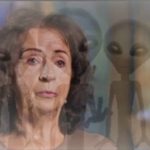 The Extraordinary Claims Of Betty Andreasson 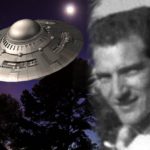