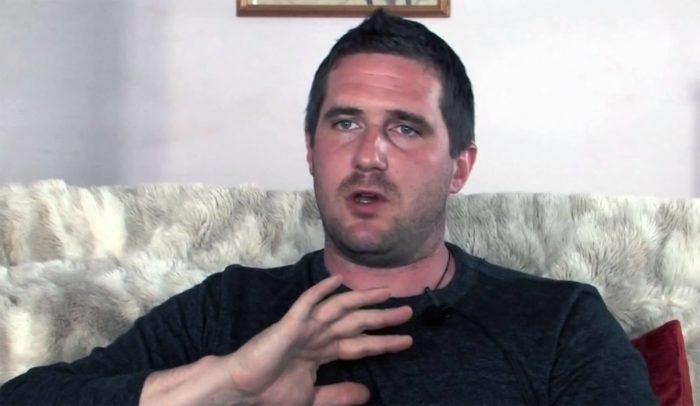 In the summer of 2016, the death of Max Spiers shook the UFO and conspiracy community. Not least, because Spiers had practically predicted his death in texts to his mother just days before he died. In no uncertain terms, he states in the text “If anything happens to me” that she should “please investigate!”

While the incident remained on the outskirts, to begin with, slowly but surely mainstream outlets began running with the story. Spiers went from a little-known conspiracy theorist to one of the most talked about investigators in his field. So much so, that the BBC would send their own investigative reporter, India Rakusen, to investigate. The resulting program was called Fractured.

Max Spiers in an interview.

While there is no definitive proof either way as to how and why Max Spiers met with an untimely end, there is enough doubt and murkiness surrounding his final days, and indeed, much of his life, that his story will undoubtedly remain in investigative circles for some time. And because of that, the essence of, at least a part of Spiers, remains too.

Who Is Max Spiers?

As you might expect, the life and times of Max Spiers is full of intrigue and mystery in equal measure.

His claims that during his thirties memories, long locked to him, began to open and flood back. The account he told bears remarkable similarities to other claims. When he was young, he was “taken” and “trained” to serve as a “Super Soldier” on other planets and dimensions.

He also claimed that “commands” lay dormant in his brain, waiting for a trigger word so that he might carry out a predetermined action that he would be completely ignorant of.

Many who have spoken since the conspiracy theorist’s death, state they have witnessed Spiers having strange “agent-like” figures follow him. Some believe these “agents” to be Spiers’ handlers, who have the ability (and knowledge) to trigger him when ordered to do so.

The video below from March 2016 features the last interview Spiers gave in the UK.

One of the secret projects Spiers said he was a part of was “Project Mannequin” – a cloning program whose aim is to produce not only super soldiers but trained and unknowing assassins. This program operates in the United Kingdom but falls under the NSA. It overlaps with similar programs run by the United States agencies such as MK-ULTRA, and mind and behavior control.

Perhaps one of the most revealing insights into this program came from James Casbolt. In short, Casbolt states he was “born into the program” due to his family’s connections to both the intelligence community and the Illuminati. Casbolt even goes as far as to state his family descends from the “French royal family of the French revolution!”

He asserts that many “civilian guinea pigs” enter the program, and are literally targeted and kidnapped against their will.

The program operates in an underground facility, around two-hundred miles beneath the small village of Peasemore, Berkshire. The base goes by the name of “AL/499 Base” in the relevant circles and officially doesn’t exist. Casbolt himself claims to have been part of an Illuminati controlled assassination team. He also performed numerous remote viewing missions from deep within the underground facility.

Much in the same way as David Icke, Casbolt claims that “alien overlords” are really running events on Earth. Icke, as Casbolt insinuates, also presents extensive research on royal bloodlines and underground secret societies. Are claims made by people such as Casbolt proof of Icke’s research and theories? Or may they have taken such theories, and simply ran with them?

The video below features interviews with Casbolt and looks at Project Mannequin a little further.

Casbolt spoke often about “remote viewing attacks” that simply “bounced off him!” During his lectures and interviews, Spiers would speak often of “psychic and astral attacks” upon him. In fact in April 2016, during a speech in Warsaw, he claimed to have suffered these attacks. This was an effort to stop him “conveying this information” to his audience.

As outrageous as this may sound to some, many other researchers and investigators making similar claims, also speak of this.

In his book, “The Biggest Secret” first published in 1999, David Icke wrote about how some would use psychic wars on people who threatened the power of the controlling elite (page 246 chapter The Black Sun), “….I have experienced such attacks myself and I understand how they can kill people in this way!”

Spiers, like Casbolt, certainly makes very similar claims to those of Icke’s. There is even speculation he was investigating a satanic pedophile ring involving “high-ranking” people before he died. This theory gained ground when it came to light that Spiers’ laptop had been completely cleaned down of all its files before arriving back with his mother following his death. Who wiped it and what justification there might have been for doing so remains a mystery.

The video below features Spiers speaking in Warsaw in April 2016. He talks in this speech of these astral attacks.

Spiers would spend his final days in Poland where he would speak publicly and give a radio interview. He would stay with a sci-fi publisher who had taken an interest in him, Monika Duval.

The interview in question had to pause several times. It appeared that Spiers was unwell, intoxicated, or both. Or was this the result of the “astral attacks” that he had spoken of many times before?

Translated e-mails between Monika, a second woman, known only as Madelaine, and a Quantum Therapist, Mr. Kristoff, revealed that the two women were aware of Spiers deteriorating condition. In the e-mails, Madelaine states to Kristoff that Spiers suffers from personality disorder and paranoid schizophrenia. What’s more, they appeared to arrange medical intervention of some kind for him in the hours before his death.

Kristoff initially agreed to help Spiers and went on to recommend Spiers take supplements of Niacin before their meeting. To the best of anyone’s knowledge, the meeting never took place.

What we know for certain is that on 16th July, Spiers died following an extremely high fever for twenty-four hours. In the hours before he died, one doctor who attended the property recorded that Spiers vomited “dark brown fluid!”

His body returned to the United Kingdom six days later. According to Vanessa, it had deteriorated so much that the authorities recommended they not view it. One family member, who did view the body, later stated that Spiers’ face was so decomposed it was barely recognizable.

It is important to remember, that even some members of the conspiracy community were suspicious of Spiers and his authenticity.

Adam Borowski, a Polish conspiracy researcher, states on “Fractured” that many such theorists do not see Spiers as credible. The main reason for this he states is because he “collects the research of other people, and presents it as his own!”

Some may argue that is harsh. Research by definition is at least in part, is looking what others have previously suggested. Either way, he was a very polarizing person it seems.

Conventional thinking will tell you that Max Spiers was an intelligent man, who struggled with mild addictions and serious mental disorders, who ultimately met an unfortunate and regrettable end. The e-mails from Madelaine would suggest proof of this. Were they an educated guess on her part? Or had Max confided of his illness in her?

Conspiracy theorists and seekers of the truth – no matter how bizarre they may seem – will tell you that Spiers was on to something darker than maybe he even knew, and he paid the price for it with his life. In his final interview, he clearly states he “is being attacked” and that he felt a “crushing” around his throat. Might we be too quick to dismiss these assertions as simply being under the influence of one drug or another?

There are many, many theories circulating as to just what did happen to Max Spiers. And it is arguable that the truth will contain elements of a great many of them. It is easy to accept that Spiers – an unwell man – met with a tragic accidental death. And, barring any breakthrough in information, the official version of his death will essentially be exactly that.

However, such incidents as the wiping clean of files on his laptop – essentially Spiers’ life work – are a little suspicious at the very least. Also strange is the removing of the SIM card from his phone following his death. These actions suggest that information and contact details resided in these files and devices. Information, that as Vanessa suggests, would appear to be of the variety that “someone didn’t want people to see!”

Stranger still is the “dark mark” present on Spiers’ forehead in his morgue photograph. This sits in Vanessa’s possession. The emergency notes – which are otherwise thorough – make no mention of such a distinguished mark. Who is responsible for it, and why is it there?

Even more bizarre and chilling, were comments made by Vanessa concerning activity she could clearly hear in the background while speaking to Monika on the phone in the hours following her son’s death. It appeared that some kind of ritual occurred in an effort to bring Spiers back to life? Or might it have been the final part in a pre-planned death?

The video below is the aforementioned last interview that Spiers gave. Make of it, and his story, what you will. 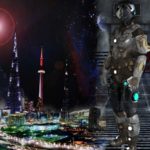 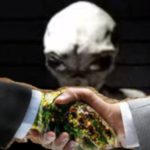