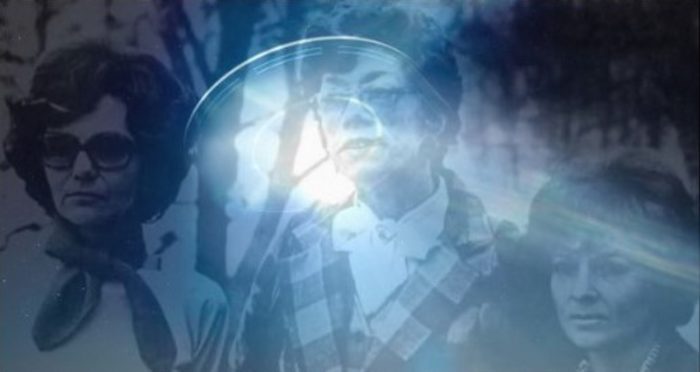 Only six days into 1976, three friends, Mona Stafford, Louise Smith, and Elaine Thomas, would share an experience truly out of this world. Not only would each be witness to an up-close UFO sighting, they would be victims of an apparent abduction while driving their vehicle home along a quiet Kentucky road, returning back to Liberty from a restaurant celebrating Mona’s 36th birthday.

As well as the multiple witnesses and the extensive investigation that followed, researchers remained in contact with the three abductees for some time after, not only to investigate the events of that evening but to study any long-lasting effects from such an encounter. In all, the Kentucky Incident is a credible account with several credible witnesses.

Before we look at the timeline of events that cold evening in the north-mid-west of the United States, check out the video below. It features a news feature of the incident.

After dining at the Redwood Restaurant in Lancaster, Kentucky, Mona, Louise, and Elaine, best friends for many years, set off back down US-27 to their hometown of Liberty. It was 11:15 pm on 6th January 1976, and the journey should take them no more than 45 minutes. Louise was driving, although none of the witnesses had consumed any alcohol that evening. It was as they were traveling down Highway 78 that all three of the women noticed a strange object in the sky glowing a bright red color. [1]

At first, Mona believed the object was a plane that was about to crash. As the object came close each could clearly make it out to be a “metallic grey disc” with a glowing dome on top. A line of red lights moved around the middle of the disc, while further red and yellow lights emerged from the underside. There was also the presence of a bluish beam which emanated from the bottom of the craft.

As the object got closer to the car, Louise discovered she no longer had control of the vehicle, which was now careering down the road at over 80 mph. Mona would reach from the passenger seat in an attempt to help Louise gain control of the car. However, the steering wheel remained locked.

The craft continued along with them. At one point, the blue beam shined inside the car, illuminating the entire interior in a pale blue wash. Louise would later recall that the vehicle began to fill with “a haze like air. A sort of fog!” Shortly after, each woman began to feel an intense burning sensation, and pain in their heads. A “bump” momentarily stopped the car, before it was pulled backward viscously.

They then blacked out.

The next thing each of them knew, they were back on the quiet road, with the car in motion, heading towards Liberty. Each recalled the events, but not how they arrived at their current position. All could still feel the burning sensation on their bodies, and each woman was beyond confused and frightened.

They continued the small part of their journey to Louise’s home. However, when they stepped inside they discovered the time was 1:20 am. Their 45-minute journey had taken over two hours, meaning there was an 80-minute window that they couldn’t account for.

They would contact both the local police and the local Navy recruiting station in an attempt to speak to someone about the episode. Although neither could help, the Navy office would pass the details to a Lexington television station who, in turn, broke the story to the wider media. Once UFO researchers and investigators received word of the bizarre incident, they would descend on the small town of Liberty. The drive behind the initial investigation was led by MUFON investigator, Jerry Black. He was the first to contact the three women in an attempt to explore just what was in the skies that night.

The three witnesses were more than reluctant to speak with Black, or anyone else for that matter. At least to begin with. They eventually agreed, however, and an initial interview was set up. The three women were suffering great anxiety regarding the episode. Each was also still suffering pain from the burning sensation, and each was struggling with maintaining a focus in their day-to-day lives. Perhaps worst of all was the “fear of what we don’t know” and the eighty minutes that remained a blank.

To uncover those minutes, Black assured them, they would use hypnotic regression. 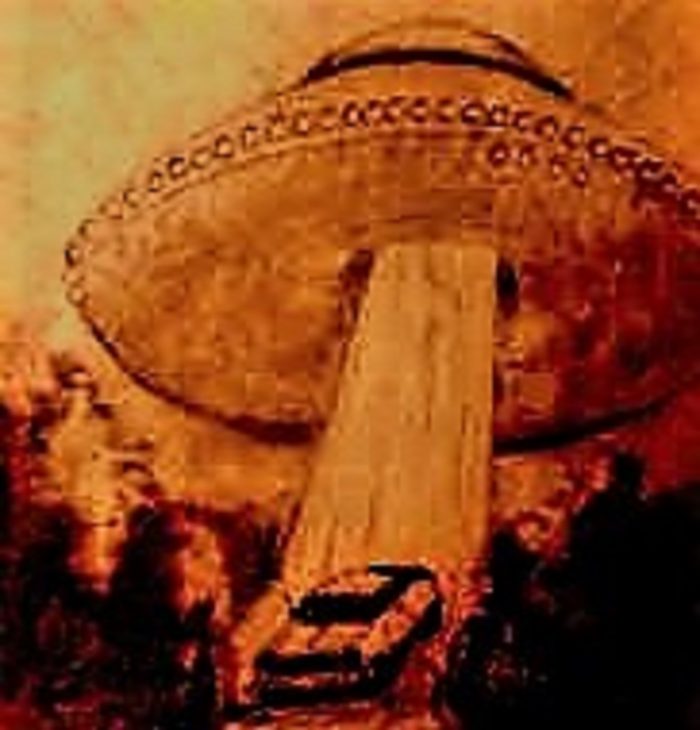 There was plenty of points of interest that Black would note upon his first conversations with the three women.

For example, as well as eye-infections from the burning they had felt in the car, Louise had a “half-dollar-sized” pink-grey mark on the back of her neck. Even more unusual was the reaction of her pet parakeet, which would usually greet her happily upon her arrival home. On the evening following the incident, however, it displayed actions of fear, even attempting to escape and flying into the side of its cage. This reaction had continued when she approached the cage since then. As an interesting side-note, Black would have Louise approach other “test” birds – which had much the same reaction as her own.

Louise’s wristwatch was also an interesting detail, with the minute-hand moving at the pace of a second-hand for some time after. She would also experience persistent electrical problems with her car’s head and signal lights.

Aside from the mental stress that each woman was undoubtedly under, each of them was generally “unwell” as a result of their ordeal. Because of this, it was decided to postpone any further investigation and hypnotic regression temporarily.

Their case, however, would soon come to the attention of respected UFO investigator, Dr. Leo Sprinkle. As before, the three witnesses were apprehensive to participate, despite still suffering the same anxiety as before. When it was agreed that none of the information from the sessions would be made available to the wider UFO community until they gave their permission to do so, they agreed to take part in the session on 7th March 1976.

Although the initial hypnosis sessions were tentative ones, the follow-up sessions in July 1976 were much more revealing. They would also contain lie-detector tests conducted by Detective James Young of Lexington Police Department. Each woman passed the test with “no hint of deception!”

When the car had experienced the “bump” (which was each woman’s last conscious memory) it had been lifted by some strange traction beam into the craft. Each woman would be subjected to a physical examination. And each recalled their bodies held down by a force they couldn’t locate. Their bodies were scanned, and they could occasionally feel an unpleasant “pressure” on their limbs. Each woman would also recall a strange, warm liquid which was carefully applied to their face and upper body.

All three would describe “shadowy figures” that would “float” or “glide” around them. Every now and then they would notice “eyes” hovering over them. Despite the haziness of the descriptions, all described these figures as humanoid, with “jagged hands” and around four feet tall.

Although they couldn’t recall the content of the communication in any detail, each woman would state that the strange humanoids would use telepathy to talk to them. Mona would later further recall that she was at one point “looking down” at a table. On it was a “helpless woman” with several creatures dressed in white examining her. She wasn’t sure if it was one her friends or even herself who she was viewing from an out-of-body experience. 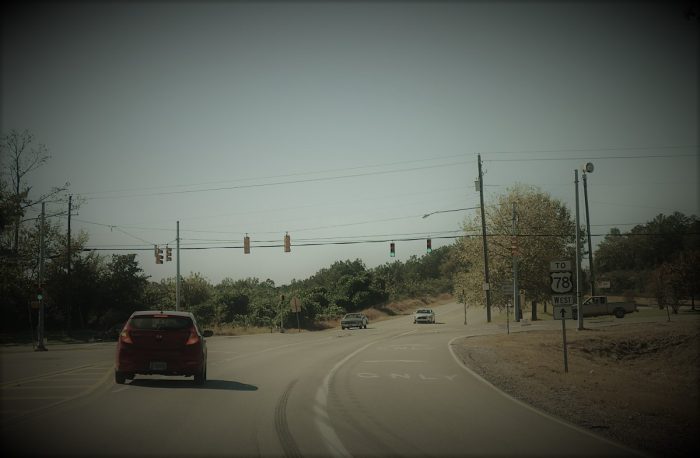 Highway 78 where the incident unfolded

Unbeknown to the three women, was that other witnesses had seen something strange that night. What’s more these were in the vicinity of their apparent abduction. Furthermore, these sightings also came within the same timeframe.

At just after 11:30 pm, an anonymous couple would report a “large, luminous object” fly over their house. Two teenagers who were driving near to the Angel Manufacturing Plant in Stanford witnessed a disc-shaped object. They would report red-orange lights around the side.

Several other people would make reports to local police that evening of “reddish-orange” lights in the night sky. Perhaps one of the most interesting of these apparently corroborating reports would come from the owner of a farmhouse only yards from the abduction site. The owner of the property claimed to have seen a low-flying object just “down the road” from his farm. What was most bizarre about this low-flying object was the “beam of light it shot to the ground!”

All of these reports match the craft described by Louise, Elaine, and Mona. What is perhaps most unnerving for these secondary witnesses, is they appear to have watched an abduction unfolding before them. The two teenagers it would seem witnessed the craft either heading towards or from the three women. The farmer almost certainly saw the actual abduction of them when he witnessed the “beam of light”. And the anonymous couple likely saw the craft taking off with their prize, heading to a destination unknown.

It is still, officially at least, unexplained. The intricate detail in this most intriguing case, however, makes it one of the most impressive in terms of credibility. It is also perhaps telling how none of the three women involved have faced any resistance to their account. Maybe this confirms them to be genuine and trustworthy. 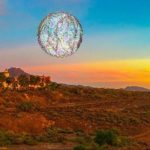