As New York and the entire northeast of the United States, quickly followed by southern states in Canada, were plunged into darkness in November 1965, it would prove to be the first of many mysterious “blackouts” that would stretch into the following year.

The one thing that appeared to connect these massive power failures was the appearance of strange objects in the area. They would usually hover over, or near power plants. While authorities, as you might expect, were quick to dispel any notion of alien interest in the Earth’s energy supplies, many other people would push for further study.

What’s more, many people believe some would have much to lose from the admission of UFOs and their alternative energy. Might it reveal to the general population what some have long believed to be true? That “free” energy, the natural energy of the planet, is all around us. By studying these UFOs, might we be able to learn how to utilize the planet’s natural energy in the same way? And might that be why energy suppliers and governments, wish to keep such knowledge out of circulation?

At just before five-thirty on 9th November, the entire area of New York City fell into blackness. [1] The whole area was victim to a complete failure of the power system. Issues began within minutes of the lights coming on. All systems suggested no problems, but that didn’t stop them from “dimming” somewhat. Further investigation revealed an “unusual flow of current” to the north of the site plant’s location.

Shortly after New York went under the cloak of night, the entire eastern seaboard would follow. After that, all power would fail in several south Canada states.

US Investigators would look to a problem with power lines at Niagara Falls, but their Canadian counterparts thought otherwise. They believed the “problem” lay on the United States side of the border. They noticed a “huge surge of electricity, flowing in the opposite direction to the normal flow of that hour!”

An eventual joint US-Canadian investigation would fail to find a satisfactory reason for the blackout. Expert testimony all agreed that it simply “should not have happened!”

When the Aerial Phenomena Research Organisation conducted their own investigation, they revealed some interesting witnesses. The private pilot, Weldon Ross, claimed to have seen a “strange red fireball-type object” hovering in the air. It then began ascending from the huge power lines below him. He witnessed the anomaly a minute or so before the blackouts began while flying to Hancock Field. His statement became verified when Hancock Field employee, Robert Walsh, stated he saw the same object while arranging emergency lighting.

As the years passed, there would eventually be witness testimony to the possibility of UFO involvement in the incidents. Before we look at that, however, and the blackouts that would follow, check out the piece of news footage below.

As 1965 bowed out to 1966, more strange power failures hit seemingly random cities around the world. All, to varying degrees, seemed to coincide with UFO sightings.

On the same day as the east United States and south Canada blackout, San Salvador experienced similar problems. Only two days after that Toledo, Ohio suddenly went down.

Texas and New Mexico suffered blackouts over several days from 2nd to 4th December. By 26th December, reports of power failures surfaced in Buenos Aires, Argentina. In January 1966, entire regions of southern Italy had no power without warning for several hours – an incident to which no explanation has ever arisen.

It wasn’t until two years later that these sightings began to make their way onto the record.

In the summer of 1968, upon the request of the Committee on Science and Astronautics of the US House of Representatives, a UFO symposium took place. During the course of this symposium, the 1965 east coast blackouts came up for discussion.

A senior scientist from the University of Arizona, Dr. James E. McDonald declared to the committee that, “UFOs have been seen hovering over power facilities!” Furthermore, power outages often follow these sightings.

Dr. McDonald went on to tell of speaking to witnesses in New York of the 1965 blackout. One of which claimed to have seen a strange object hovering in the sky. It would then shoot away just as the power failure took its grip. He also revealed that the Federal Power Commission had “dozens of (UFO) sighting reports” from the evening of the blackout. These reports, he went on, would also come to light in the New England area. Five individuals from Syracuse would also swear to have seen a bright ball-like object overhead immediately following the blackout.

Perhaps even more damning from Dr. McDonald was the fact there was no explanation offered for the power surge that appeared to have caused the 1965 blackout in the first place. He surmised there were “slightly disturbing coincidences” that should be subject to thorough and serious investigation.

Incidentally, Dr. James McDonald died as a result of suicide in 1971, three years after the aforementioned symposium. Make of that what you will.

Check out the video below that looks at the theories and ideas of Dr. McDonald a little closer.

There is an apparent uneasiness with “legitimizing” such sightings near power facilities on the government’s part. Not least to have them connected to power blackouts. Might it be something as serious as the withholding information of “free” energy? Or might it be out of pure embarrassment that those in charge just don’t know what the phenomenon is? Or how dangerous it might be?

As UFO researchers and enthusiasts would reveal over the following decades, this has been happening long before the 1965 incident.

In August 1958 for example, a mysterious object made its presence known over the skies of Rome. [2] Shortly after, the entire city was in absolute darkness. The object now glowed brightly in the jet black sky as amazed residents looked on. Just short of a year later, an almost identical report came from Salta, Argentina.

Perhaps one of the most chilling incidents took place in Umberlandia, Minais Gerais in Brazil in August 1959. As a strange, round object flew over the transmission lines of the local power station, the automatic power keys all switched themselves to the “off” position. Seemingly, the UFO had simply shut down the entire station. Only as the mysterious craft vacated the airspace and vanished did the keys switch back on.

Whether it is out of curiosity, some kind of intelligence gathering, or even just some bizarre coincidence, power stations and sources of energy seem to attract UFOs. The question that requires an answer is why is this? And should it be something that troubles us?

The MUFON video below features Bob Schultz speaking about his experience in the 1965 Blackout. 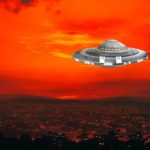 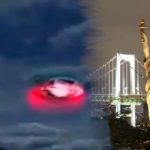 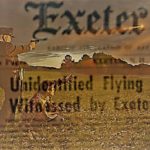