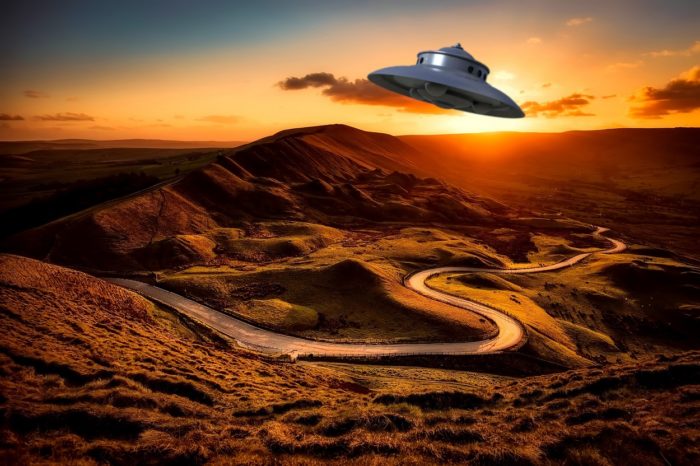 The flying saucer visitation case in the small town of Wardle was perhaps typical of many sightings of the 1950s. At a time when citizens on both sides of the Atlantic had the notion of visitors from outer space planted firmly in the collective psyche, genuine encounters were not always easy to tell apart from the overactive imaginations and the outright manufactured accounts.

Was the Wardle UFO nothing more than a garage experiment?

Perhaps this is what makes the incident near the Pennine Moors in early 1957 so unique. As we will discover, while the sighting itself was genuine (in that the witnesses genuinely saw something) the eventual explanation, while not a case of alien visitation was just as intriguing. Especially when we consider the possibility of discreet military involvement in the incident.

The account was released by the British government in the early 2000s and veteran UFO researcher, David Clarke would conduct a review of the incident shortly after.

At around 10 pm on the 15th of February 1957 in the town of Wardle near the Pennine Moors, 19-year-old Gwynneth Fitton was making her way home [1] along a quiet country road to the cottage house she lived in with her parents.

As she did so, however, she suddenly noticed a strange light moving up ahead near the hillside. Then, the light suddenly moved in her direction. As it approached, she could see that the object was a distinct round shape with a domed top. It stopped and hovered over her. She could see that on the underside was a light that alternated from red to white.

At this stage, the young girl ran off in the direction of home. She would burst through the door, urging her mother, Dorothy, to follow her back outside. She did so and would cry out:

The mother and daughter would stand, awestruck at the bizarre scene taking place in front of them. Then, the light moved away and vanished into the distance. The two women would return inside to gather their thoughts. After a short time, they would make the decision to alert the local newspaper, the Rochdale Observer. 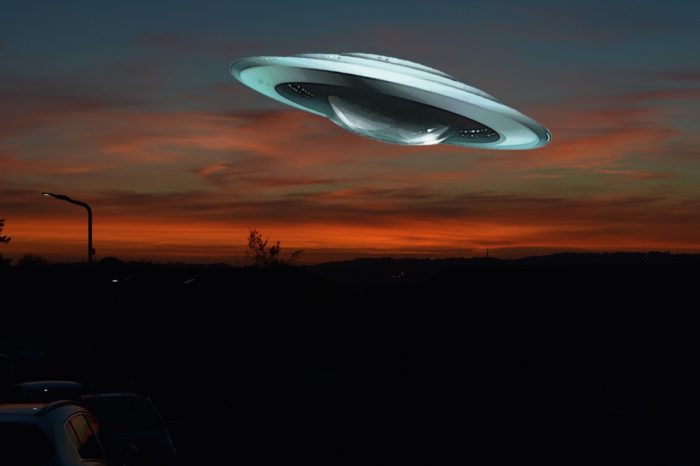 Like the US, the UK had many UFO sightings throughout the 1950s

Several days later, an account of the incident appeared in print. According to the report, none of the witnesses believed in such things as UFOs or men from outer space. They would, however, perhaps have to reassess what they believed in light of “seeing such a strange sight!”

Then, things took an even stranger turn.

Many people would hear of the incident, whether through the newspaper article or from word of mouth. One of them was a local MP, Tony Leavey. He would treat the incident with great concern. So much so, that he would bring it to Parliament asking if the strange lights were the work of the Air Force “releasing objects” over the area.

Off the back of this, it would come to light, at least according to ministers, that the object was the work of a local mechanic by the name of Neil Robinson. The “UFO” was, in fact, “two small balloons”, each filled with hydrogen, with a flashlight lighting them up. Robinson had also read of the sighting and due to his “experiment in tracing air currents” realized his object had been mistaken – and reported – as a flying saucer. It was Robinson himself who had made his revelation to the police in order to clear the matter up. 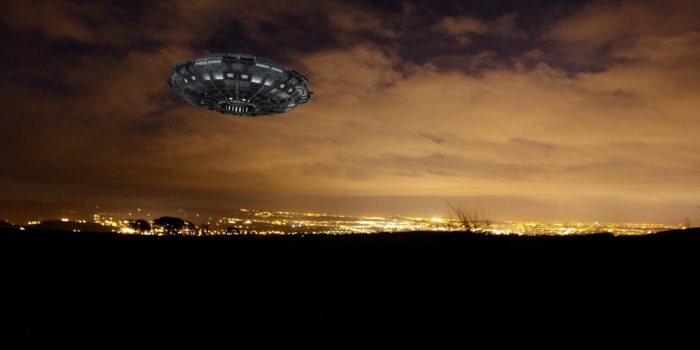 Some UFOs were even investigated by the UK parliament

It would appear that the case would be solved. However, whether due to genuine concerns or not, the Rochdale Observer – or more to the point journalist, Alan Fitzsimmons who we will return to later, would state they were not convinced by the apparent confession. They would further claim that Robinson could not explain certain specifics of his apparent device, not least the hydrogen aspect.

They would begin to set up their own experiments in an effort to show that Robinson’s details did not tally up.

For example, according to their own experiments, the newspaper would express doubt that two balloons could be mistaken for a flying saucer type object. Nor could they understand how a basic torch could result in such a bright glow that it could be seen from a distance.

Then, things got even stranger.

As the conversation went back and forth as to who was responsible for the flying saucer over the small town, a strange discovery took the incident in an even stranger direction. Several pieces of “debris” would come to light on the moors in the same region that the object was moving.

Among the wreckage were aluminum rods, strange meshing, and a silver cylindrical object. It would make many people cast their minds back a decade to the Roswell incident in the United States. What’s more, the area was hit by heavy snowfall in the days following the incident. The debris, however, appeared dry.

It would then come to light that there were sightings of a “commercial-type aircraft” over the region where the debris was discovered. Rumors began to circulate that the mystery aircraft was part of a military cover-up to plant the debris. 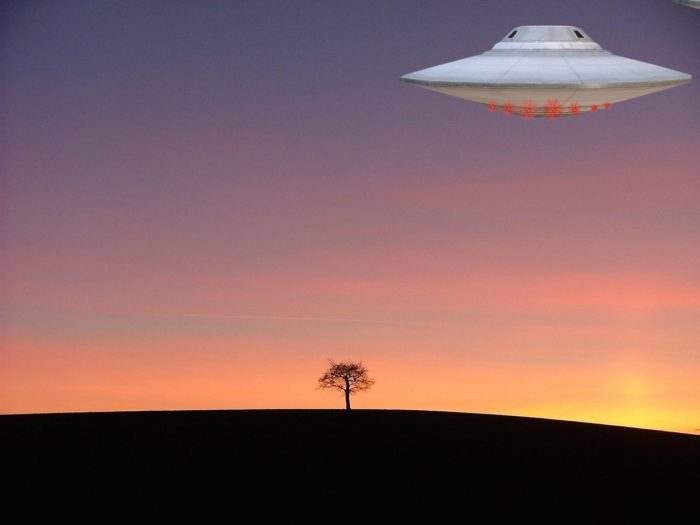 Many believe UFO reports have been suppressed for years

It wasn’t only the newspaper who found the explanation hard to swallow. Leavy himself would write to the Air Ministry insisting that they conduct an official investigation. In response, in April 1957 an officer from British intelligence would arrive in the town.

When the Air Ministry eventually wrote back to Leavey, they would claim that it was their belief that Robinson’s account was accurate and true. Not only did Leavy or the newspaper not subscribe to the military’s findings, nor did the witnesses. At least initially.

A Rather Different Picture Of Neil Robinson

In the years that followed the incident it would come to light in the early 1990s, at least according to family and friends of Neil Robinson, that far from being a laundryman who simply tinkered with balloons and torches, he was an exceptionally clever man. One who had an intricate mind for such things. As well as time served with the Royal Air Force.

What’s more, while those same friends and relatives believe Robinson very much to be behind the Wardle UFO, he was very likely using devices and technology a lot more advanced than just a balloon and a torch. Some even believe that – perhaps through old Air Force contacts – that Robinson had managed to obtain a military-style weather balloon. And what’s more, he had a liking for practical jokes. Perhaps the intention most likely was to make a “flying saucer”.

One witness would even claim that Robinson and his father were both in on the prank. However, when the police began to take an interest, they became a little panicked and decided to own up.

However, an already strange tale that had taken several twists and turns, had actually taken yet another bizarre twist over 20 years after the alleged incident.

The reporter at the center of the claims of a cover-up, Alan Fitzsimmons would make further controversial claims in the late-1970s. He would claim that he had received a visit from a man at the very top of the Ministry of Defense. And what’s more, this mystery gentleman – apparently dressed in a dark suit and a bowler hat – would take him into a private room and essentially threaten him with the Official Secrets Act. 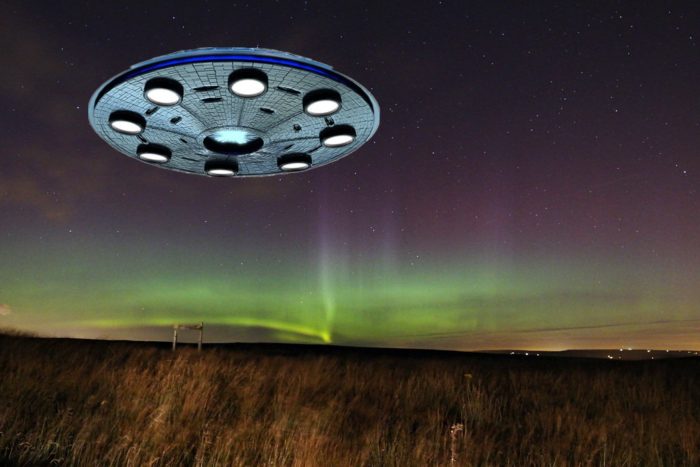 Does the UK government know more about UFOs than they admit?

Fitzsimmons would claim that following this impromptu meeting the reporting on the UFO incident suddenly stopped with immediate effect. He would further state that this turn of events made him more intrigued. And ultimately that there “was something very strange about the whole affair”.

Whether a strange and discreet visit to the Rochdale Observer offices did take place or not is open to debate for some. However, we should note that many other employees at the newspaper at the time would claim no memory of such a visit. Or of receiving any types of order to stop covering the incident in print.

According to the official records, Robinson’s version of events is an accurate account.

Was There A Discreet Military Involvement?

What should we make of the UFO incident over the town of Wardle in 1957? It would appear that this incident was almost certainly not visitors from another world.

There is perhaps, though, reason to question if the experiments Robinson was carrying out were with the military’s knowledge. After all, he was an exceptionally clever man with contacts and a history with the Air Force. Admittedly, this is mere speculation on our part. However, there is little doubt that Robinson had his hands on something a lot more powerful and technical than balloons and a torch.

And when you consider the notes in the report of a Senior MoD official that the incident “shed vivid light on the ability (or otherwise) of people to observe unfamiliar things objectively” it perhaps should make us at least consider the possibility.

Was this an attempt, albeit discreetly and unofficially to monitor the response of residents when confronted by something as bizarre as a “flying saucer”? Or was it merely an opportunistic observation on the military’s part in light of the events.

The case, while not one alien visitation, remains a mystery of sorts to some in the UFO field.

The video below looks at UFO sightings in the UK in a little more detail. 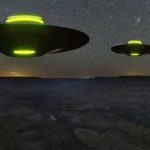