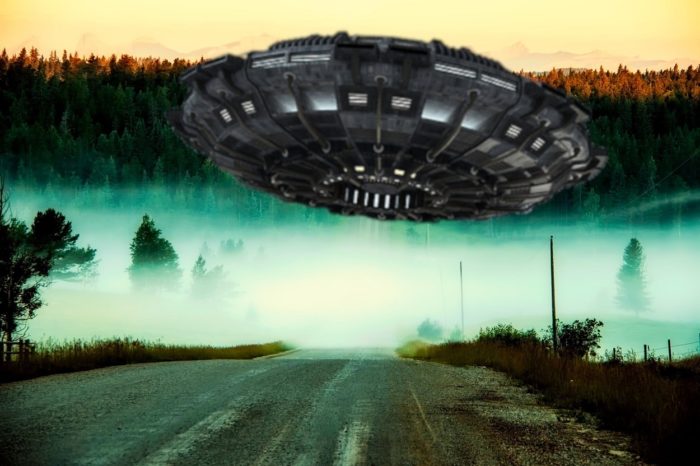 For several weeks during the summer of 1926, residents of Maitland in Canada would experience several strange waves of bizarre overhead lights in the night sky. What’s more, these lights were witnessed by multiple members of the population, and would, as we will examine a little shortly, had brief details that were very similar to the two airship waves of previous years.

Did the residents of Maitland witness a UFO in 1926?

Reports of the incidents first appeared in the 7th July 1926 edition of the Courier and Freeman newspaper. And while they were not subject to any kind of UFO investigation as would occur only several decades later when the UFO craze would sweep across the United States throughout the 1950s, the fact they were reported in such (relative) detail in the press at the time shows how significant and strange the incidents were viewed by the local population.

As we will also examine a little later, the mini-wave of strange lights over Maitland was far from the only strange aerial sighting of 1926. And what’s more, as well as strange sightings in the air, several encounters are on record of interaction with the apparent occupants of these strange and futuristic crafts.

How these sightings and incidents might fit into the UFO and alien question is, of course, open to debate. Only by comparing them to other cases from other eras do we stand a chance of uncovering the secrets that lay at the heart of such strange encounters. And, in turn, of pushing open the door to the mysteries that lay beyond what we can currently comprehend.

A Wave Of Strange Lights Over Maitland

In the weeks leading up to the newspaper account, the entire Maitland region of Canada was subject to sightings of strange lights. What’s more, numerous residents witnessed these bizarre events. According to the report, residents in the outer villages of the region were first to report the mysterious lights. Some residents would even report strange “searchlights” which appeared to sweep from side-to-side as if attempting to locate something or someone on the ground.

One particular witness, farmer Peter Cunningham, would witness the strange lights along with another, unnamed farmer. He would describe them as “moving rapidly”. Furthermore, he would claim he was certain the lights “were attached to a flying machine of some description”. 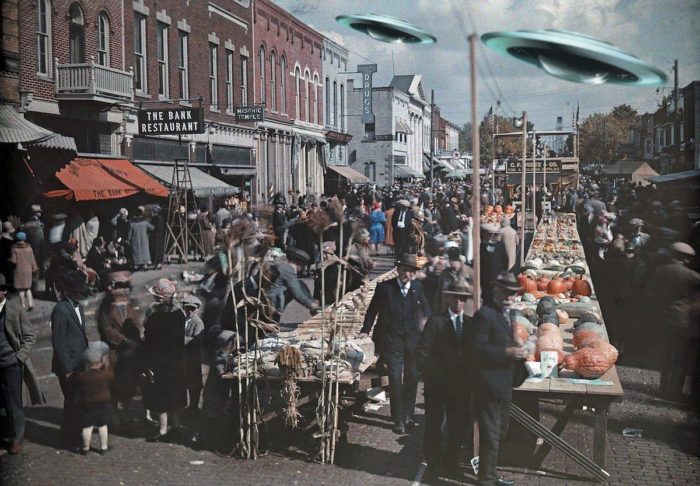 A depiction of a typical 1920s street

What is particularly interesting is that almost all of the witnesses to these strange lights would declare there was no sound accompanying them. This means that the claims that the lights possibly belonged to some kind of terrestrial airplane was extremely unlikely.

Another farmer in the nearby town of Prescott claimed to have seen three strange lights traveling over his farm late one evening. He would further claim that “the head one” appeared to have a “powerful searchlight” which was “turned downward” as if looking for something below. So bright was the searchlight that it caused significant anxiety among his cattle and horses.

Perhaps the strangest incident of them all, however, was an incident reported by an anonymous woman in the Brockville region of the area.

She would claim to have witnessed the strange lights on two separate occasions. They would hover in exactly the same place in the sky over her home, several hundred feet from the ground. Even more bizarre, though, was the strange humanoid figure that appeared to be enveloped within the bright hovering lights. Furthermore, he appeared to be holding something similar to a rifle. 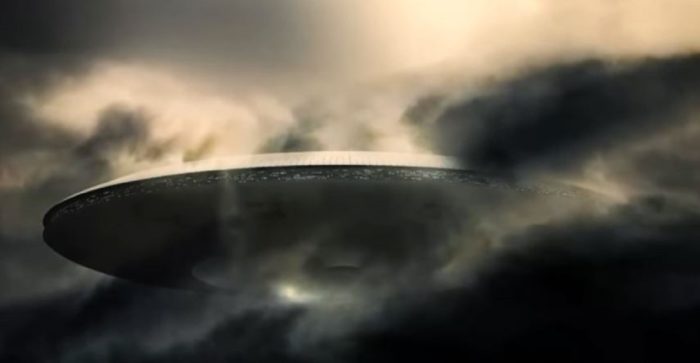 Have UFOs been visiting Earth for longer than we might think?

What is interesting is that many of the witnesses claimed that the strange lights were “airships”. Ones that were under the control of smugglers, possibly taking alcohol across the border into the United States, which was still under the strict prohibition laws.

We have examined before the bizarre airship sightings of 1913 over the United Kingdom and New Zealand, as well as across the United States throughout 1897. Might these have been a similar airship wave? And were those behind them very terrestrial? Or might there indeed be an alien connection to these strange sightings? It certainly wasn’t the only UFO and alien incident on record in 1926.

Other Intriguing And Strange 1926 Sightings

While there are most likely sightings and encounters that are simply lost to history and the ravages of time, there are still many more that are on record during 1926. Some of which were remarkably similar to the sightings over Maitland during the summer of that year. And what’s more, they are generally from all across the planet.

For example, although the exact date is not known, a witness named, Nicholas Roerich claimed to witness a disc-shaped object during the day while in north China. Furthermore, Roerich would also spot another “oval-shaped object” during the same explorations, this time while in Mongolia. The sighting would again take place during the day. And this time several members of his team would see it also. It appeared to have a metallic, shiny exterior as the sun reflected off its surface as it moved through the blue sky. 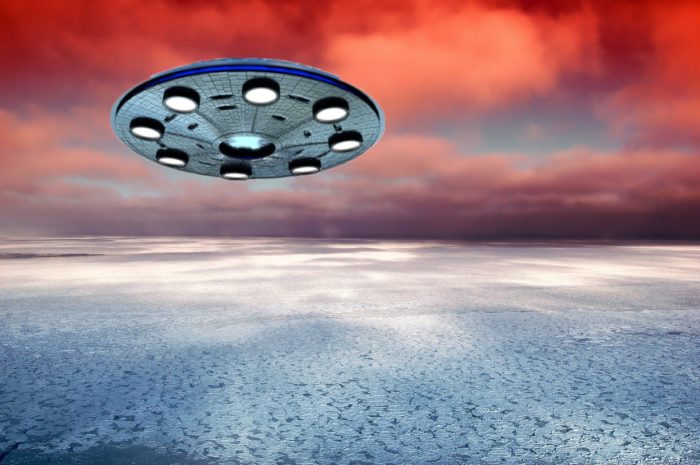 A similar aerial craft, which moved at great speed and unlike any known aircraft of the time, was reported over Rockland St. Mary in the United Kingdom in March 1926. Three months earlier in January, six “flying manhole covers” were reported by a stunt pilot who claimed the strange crafts appeared out of nowhere and “circled his plane” several times before disappearing into the distance.

Another encounter took place in September 1926 over Salt Lake City in Utah. On this occasion, a “long, cylindrical object” would circle an airline pilot’s plane several times. Even coming as close to him as 50 yards. In fact, so concerned was the pilot that he made an emergency landing in a field below. When he looked up, he could see it speed away, as if “shot out of a gun!”

A sighting several months after the Maitland incidents in November 1926 across the Atlantic in the Lancashire district of England is perhaps worth mentioning here. The account appeared in the UFO: The Complete Sightings Catalogue by Peter Brookesmith.

On this particular winter evening, a young boy, Henry Thomas, was playing hide-and-seek with several friends. It was his turn to seek. As he did so, he would spot one of the back gates to the houses slightly open. Thinking at least one of his friends would be inside, he went over to it. Pushing it open a little more, he stepped into the yard. 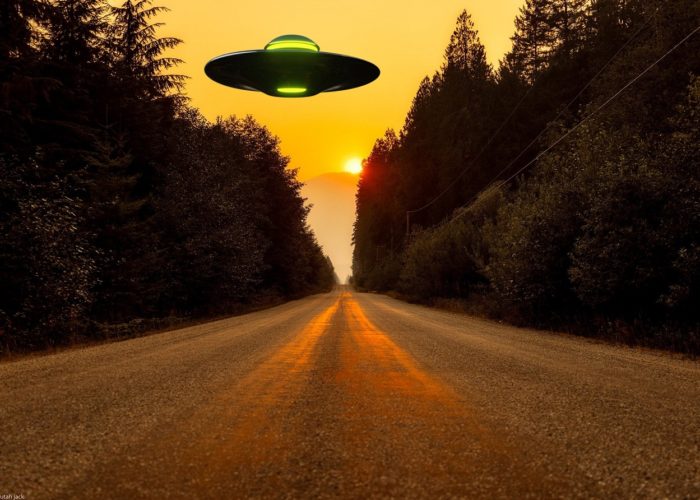 Some reports as far back as the 1920s mentioned strange humanoids

However, rather than seeing one or more of his hiding friends, he instead saw “three strangely clad figures”. They stood at the back windows of the house. Each pressed against the glass as if trying to look inside the property.

Each had on a “bulky suit made from silver-grey tubes”. On their heads, each had a “transparent dome-like helmet” and a pair of black boots on their feet. On their backs was some kind of strange tank with tubes that connected to their helmets.

As Henry watched the bizarre group they would suddenly turn around to face him, obviously now aware of his presence. As they did, Henry could see their faces clearly inside the transparent helmets. He would describe them as having “heads shaped like lightbulbs” with dark eyes and extremely small noses.

A strange sound, like a “gurgling”, came from one of them. Immediately afterward, the trio moved forward toward the young boy. As they did so, Henry turned and ran, not stopping until he arrived home. Although skeptical of his claims, his family didn’t believe he would make something so strange up.

Something More Fascinating And Nuanced Than Most Could Imagine

While we are unlikely to obtain any new evidence of accounts from the sightings we have examined above, that there was some kind of strange humanoid presence on Earth, seemingly traveling around the planet on some kind of advanced aerial vehicles, not only during 1926 but throughout the decades leading up to the end of the Second World War and start of the modern UFO era is without a doubt.

What we as researchers, investigators, and enthusiasts need to continue to study such cases lest we see something new. Some detail that might connect to another UFO case, possibly in the same era, possibly from generations later. It would appear the dots are there. We simply need to discover where they are. And in which order they will join together.

How do these sightings fit into those that occurred in the second half of the twentieth century and indeed, our own contemporary era? And what else might it tell us of our existence and reality, both personal and collective? Indeed, it is surely the case that we will discover the truth of such sightings and encounters will be more fascinating, nuanced, and complex than even the most open-minded of us can possibly imagine.

Check out the video below. It looks at UFO sightings that predate those we have examined here, from before the 1900s.