An apparent alien abduction encounter in southern Brazil in April 1979 was also a UFO sighting that was witnessed by several residents of the area. Furthermore, following hypnotic regression, the main witness would reveal what can only be described as an alien abduction. 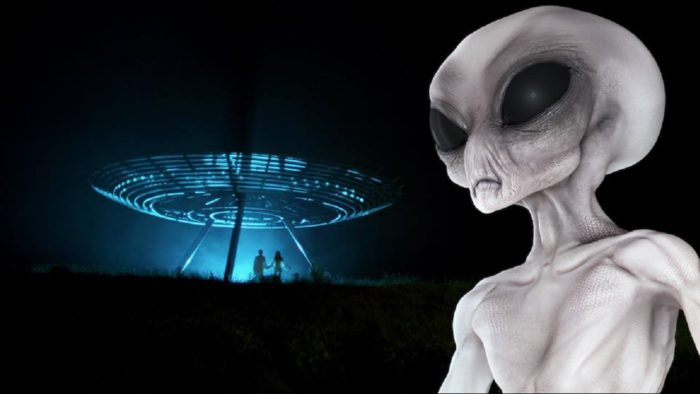 However, more than that, the incident hints at one of the most outrageous but darkest aspects of the UFO and alien question – alien-human hybridization. There are many researchers who firmly believe that this is the core reason for the plethora of alien abduction accounts. Of course, if this is the case, then the only question that remains is whether such a program would be a danger to the human race.

Although the incident appears in the files of several UFO researchers, it would perhaps appear most prominently in UFO Abduction From Maringa, The Agripo Experiments by Wendelle Stevens.

“A Strange Sensation” While Walking Home!

On the evening of April 13th, 1979, the city of Jardim Alvorada in the south of Brazil would play host to one of the most fascinating multiple witness sightings of the time.

On the night in question, around 30 minutes before midnight, two brothers, 21-year-old Jocelino de Mattos, and 13-year-old Roberto Carlos were returning home from their sister’s home where they had spent the evening watching television.

As they did so, however, Roberto noticed a “strange star” in the night sky which appeared to be following the pair. Jocelino at first dismissed his younger brother’s assertions and urged them to carry on walking. However, after taking several more steps, he too began to sense that the “star” was indeed following them. 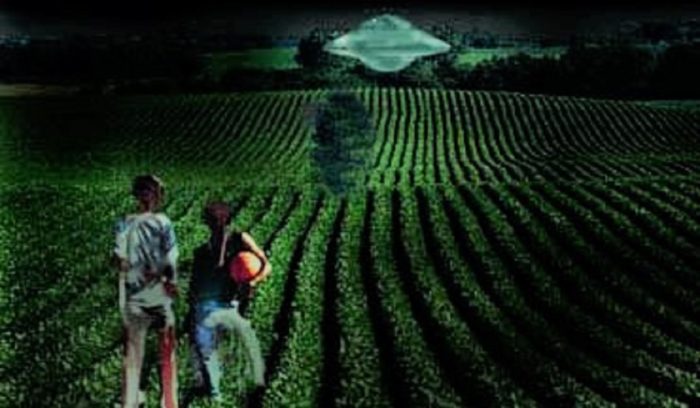 It was as they arrived at the corner of the street they were walking down when something truly extraordinary occurred. As they were preparing to turn the corner which took them to their home, each began to feel a “strange sensation” that almost took over their actions.

Joceline would recall that despite his attempts to fight against it, his legs were suddenly taking him from the main street and into a nearby field. His younger brother followed suit, seemingly also under whatever force had control of his body.

After stumbling over the recently plowed field, which made walking all the more difficult, they arrived under a large tree.

Almost as soon as they arrived at their apparent destination in the middle of the field, each of them fell to the floor as if the strange force had relinquished control of them. At least for now.

As the two boys looked around, they could see the star – now very obviously a mysterious disc-shaped craft – which hovered several meters above the ground a short distance away. Despite its obvious nuts-and-bolts nature, it didn’t make a sound.

A state of confusion overtook the pair.

Suddenly, a strange voice sounded from out of nowhere saying:

The job is not ended. We will be back!

Shortly after the pair awoke in the middle of the field. Bother had significant trouble walking and had to rely on each other for support as they made their way back home. When the finally arrived, each was overcome with a “strange and sudden hunger”. Before they could open the front door, however, they both collapsed, “breaking the door open” as they did so.

Their parents and siblings rushed toward the pair in order to help them up. After checking they were each OK, the pair told of their account. Perhaps not surprisingly, they were not believed to begin with. However, after taking their parents outside and pointing out the “strange star” which still remained hovering silently over the trees nearby, they finally conceded that something out of the ordinary must have taken place.

The events would then take an even stranger turn.

As the pair began to tell in detail of their walk home and of being unable to resist the strange force that compelled them to walk toward the large tree in the middle of the field, each of the brothers began to feel a strange pain as they had “received some kind of shock”. And what’s more, each believed it was connected to the entities or forces on board the UFO.

Eventually, the “shock” became so intense that each was thrown to the ground.

Although the witnesses could not remember it at the time, their parents and siblings rushed to help them as soon as they hit the floor. However, whenever they would touch them in order to help them up, they would receive a strange shock, as if the two boys were “electrified”. 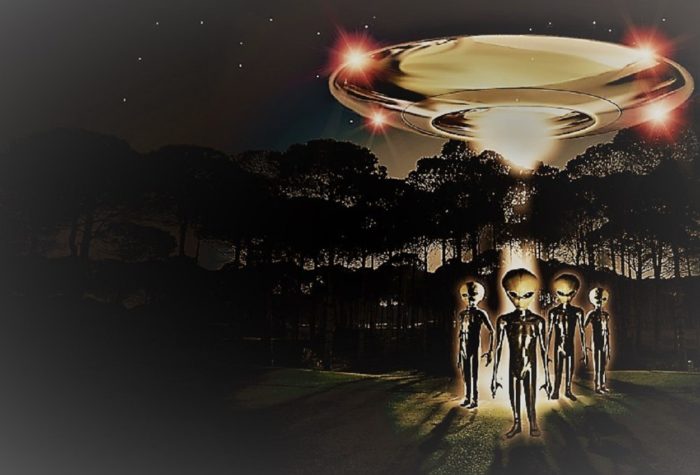 Furthermore, during this strange event, neither of them could move “even a finger”. It was as if they were paralyzed in an effort to prevent them from speaking of their encounter. This would continue for several minutes until the craft suddenly vacated the area.

As soon as it had moved away, each of the two brothers regained complete control of their limbs once again.

Although several other residents of the area also witnessed and reported the strange aerial anomaly that evening, only Jocelino and Roberto were seemingly affected in the way they were.

The Revelations Of Regression

Ultimately, following the media attention and the sudden focus of UFO investigators of the area, the two brothers were asked repeatedly to speak of their encounter. Jocelino, being the elder of the two witnesses, would ultimately undergo hypnotic regression.

He would recall that as soon as they reached the corner of the road “something started pulling us”. He would state how each of them “fought against it but couldn’t”. As they did so, it appeared as though they were “walking very slowly”.

As this was taking place he could feel his heartbeat getting faster and faster, while a strange cold sensation ran around his limbs. Regardless, each of them managed to make it to the tree in the middle of the field where they collapsed to the ground. 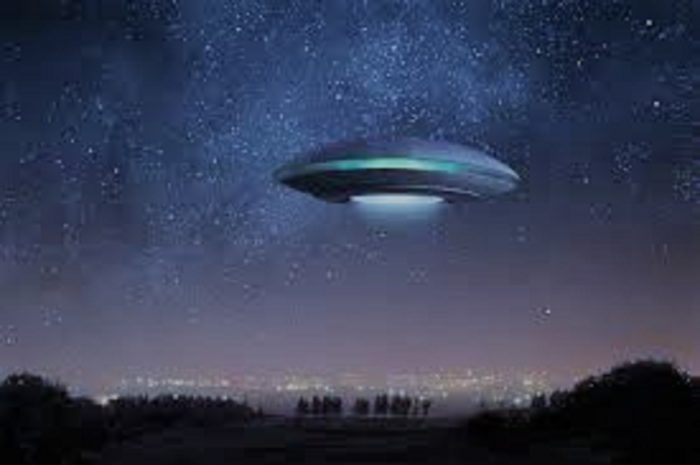 They would remain there for several moments before “somebody came and caught us” and literally lifted them from the floor and into the air.

As he looked around, he could see the huge craft in front of him. As a door opened in the side of its exterior, he was floated inside by apparently invisible hands. As he came to rest inside the craft, “two men” were inside seemingly waiting for his arrival.

A Most Strange And Concerning Encounter

The two hosts would gesture that he was to follow them, which he did. They soon arrived in a room “full of computers” and various futuristic, flashing devices, as well as what appeared to be a “command display”.

They passed through this room and onto another area which he would describe as being “full of motors” but also claimed that they were machines that he had never seen before. He would continue to follow, eventually arriving in anther room which was full of computer screens, each seeming to show a “picture of the Earth”.

It was when they arrived in a room that resembled a hospital that he was asked to stop and lie upon what appeared to be an examination table. They would take several samples from, including, he believed, a sperm sample. 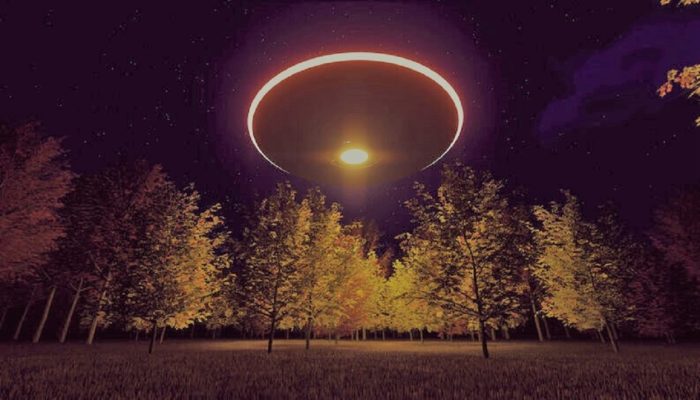 Following this, he was placed in a chair with strange instruments attached to his head. As he remained in place, the two hosts spoke in a language that he couldn’t understand. As this was taking place, a strange woman entered the room. She would walk over to where he sat and, rather mechanically, began to have sex with Jocelino.

Following this, and before departing the room, she would claim to the confused man, “perhaps the seed will come alive”.

He was then told it was time to leave and was led off the craft and back to the spot where they had first found him. For reasons he didn’t understand, he became paralyzed once more upon arriving at the spot and was placed back into the position he was on the ground when the strange entity had arrived and lifted him up.

Then, the next thing he knew, he was waking up on the ground next to his brother.

More Evidence Of A Hybridization Program?

Although the pair were initially happy to speak of the encounter, the obvious reactions and ridicule soon made them pull away from the crowds. Each would become quite reclusive and “disturbed” by the incidents which, as outlandish as they might be to some, are replicated in several other encounters around the world, including several very similar encounters in Brazil dating back to the late-1950s.

And what should we make of the claims of copulation, that in turn lead us to question whether such equally outrageous claims, at least to some, of alien-human hybrids and a discreet program to “overtake humanity” essentially from within?

While Jocelino claims he received messages that his abductors were, in fact, “for peace”, if we accept the account to be genuine and credible for a moment, we still have to remain suspicious of such seemingly ominous and secretive agendas.

We have written on several occasions of an apparent alien interest in “human breeding”. And of such “breeding facilities” or bases right here on Earth. Might this encounter, as bizarre though it was, be one that falls under such banner? And if there was such a secret hybridization program taking place, are such programs for the betterment of humanity? Or should we take such accounts as signs of something truly dark taking place right under our noses?

Check out the video below. It looks at such notions as alien-human hybrids a little further. 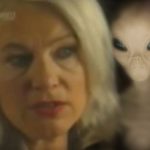 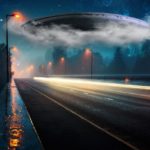 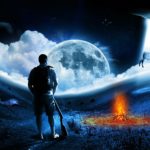 The Chilling And Bizarre Abduction Encounter Of Myrna Hansen