Just about every culture on Earth has myths and legends of giants who once called our planet home.

Even The Bible speaks of such behemoth-like creatures. Aside from the most obvious story of David and Goliath, are mentions of the Nephilim – said to be the result of interbreeding between The Watchers and the “daughters of man”.

In the Book of Genesis verses 1-4, it states quite clearly that “When human beings began to increase in number on the Earth and daughters were born to them, the sons of God saw that the daughters of humans were beautiful, and they married any of them they chose.”

The “Sons of the Gods” are otherwise referred to as The Watchers – thought by those who subscribe to the ancient astronaut theory to be the Anunnaki – were alien soldiers and workers. When they “married” human women, The Bible states the offspring produced from these liaisons were giant creatures – known as the Nephilim. 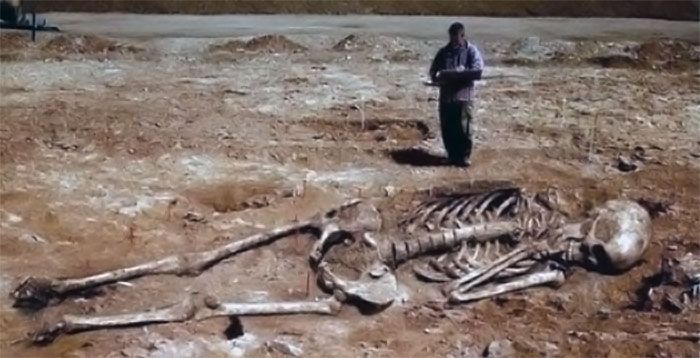 Did these Nephilim and other “mythical” giants really once exist? Surely we can’t “cherry-pick” what we accept to be true from such ancient writings.

There have been many finds of giant skeletal remains of these alleged giants (some of which we will look at shortly), but there have also been numerous giant “footprints” unearthed all over the planet, forever cast in stone for all to see. In South Africa in the small town of Mpaluzi sits the four-foot-long “Goliath’s Footprint” – estimated to be anywhere up to three billion years old and a perfect match in terms of dimensions to a human foot. In San Jose in California, at least two separate reports were run in newspapers of five-foot and eight-foot footprints discovered in 1925 and 1926 respectively.

While the thought of giants having once existed is a reach for some people, others go as far as to say they are still here today. And what’s more, there are those in positions of power and influence, who are fully aware of their presence.

Corey Goode And Claims Of Giants In “Suspended Animation”

In September 2015, controversial whistle-blower, Corey Goode, made the rather bizarre claim of giants in “suspended animation” – the last of their race – having been discovered right here on Earth. In a further twist to the already strange statement, Goode himself was part of the team that made the discovery – nearly two-hundred years ago in the nineteenth century.

According to Goode, he served for two decades in a top secret space program. He has made numerous claims of having been to other planets and of a space program run by the “shadow” government. 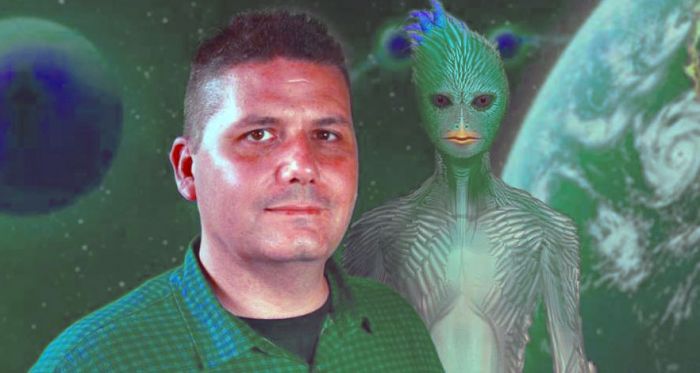 He also made claims of traveling back in time to the 1800s where he and his team discovered a hidden underground chamber. Inside this chamber Goode claimed were giant beings that appeared to be in some kind of suspended animation.

Goode stated that these giants were the last of their kind and were part of the “ancient builder race” that have been on the Earth since the beginning of time. This race of giants had technology that is far beyond the human race – technology that Goode described as being “multi-dimensional technology!”

Goode went on to say about the find:

“There was this one location that, back in the 1800s even, people were going from certain—I guess people would call them Illuminati or other elite groups—they were going to visit this one area that was kind of like a grotto, or an underground cave.

It went up about 90 feet and it was covered—they had coated it—in some sort of pitch-black material. And there was an ancient script language that was around on the inside that they had mostly deciphered. There also were three sarcophagi in kind of a Y-shaped formation on the floor!”

Goode would further state that a cube was in the middle of the three tombs and that, “a blue glowing crystal matrix with like a spider web connecting it to the four corners, suspending it!”

His next description is interesting. In each of the suspension chambers sat a “giant human with reddish beards and pale white skin!”

To some, this description matched those of the much-debated Anunnaki.

According to some, the tales and records of Ancient Egypt also speak of giants. Much of the ancient artwork and wall paintings in the remains of the great Egyptian empire clearly show “giant” people among “normal” sized people – often seen worshipping the oversized person.

Photographs of a giant finger, supposedly the remains of a long-dead giant found in Egypt, began to appear online in early 2012. A photograph of the fifteen-inch long digit was offered as proof of the find. However, at present, the finger’s whereabouts in unknown.

The picture comes courtesy of Gergor Sporri in 1988. He had paid a large sum of money to a man claiming to be from a family with a long history of grave robbing to do so. According to this mystery man, the finger had come into his possession in the 1960s but that is all the information that is on record.

You check out the short video below and see what you think.

An Attempt To Suppress Forbidden Knowledge?

A discovery made in 1940 during the early months of the Second World War also suggested that the tales of giants in antiquity may be true. However, it seems that there was a successful effort to cover-up the find.

According to well-respected zoologist, Ivan T. Sanderson, the find came to him by an engineer stationed on the Aleutian Islands in the North Pacific Ocean. While building airstrips on the islands in preparation for a potential (and eventual) conflict with Japan, a discovery of huge human skeletal remains – including skulls – was made. By the time Sanderson had managed to make the trip out to the islands, the remains were no longer there.

According to the engineer, representatives of the Smithsonian Institute had removed the remains. When Sanderson pressed the organization on this, they denied any involvement in the incident. A second engineer also corroborated the story to Sanderson. We should perhaps note, Sanderson was not one to make up such wild statements.

A discovery made in the early years of the twentieth century in 1912 also went “missing” soon after their uncovering.

In Wisconsin at Lake Delevan, a total of eighteen giant skeletons was made by two brothers. The remains were human but had features similar to those of a monkey. The brothers had been investigating a burial mound when they made the discovery. They believed they had found the remains of an unknown race of ancient people who once called the area home.

They might not have been far wrong either. Several other newspaper reports exist that tell of similar finds in the Wisconsin area. Two discoveries came to light in the 1890s. In Aztalan in 1891 was the unearthing of giant remains. And in 1897, in Maple Creek, came the discovery of a nine-foot skeleton.

What links all three of the Wisconsin discoveries, as well as the finds on the Aleutian Islands nearly half a century later, were the mysterious disappearance of all the unearthed remains. The persistent rumor is that the Smithsonian Institute has “taken” the bones.

More recently in 2015, was a feature on the television show “The Unexplained Files”. The alleged discovery of gigantic remains in Georgia in the vast Caucasus Mountains. Georgian researchers had first heard of the discovery from a local man who claimed he had accidentally found the remains. What’s more, he claimed he had discovered them in a sitting position. And at a huge table that sat inside an ancient stone crypt.

By the time the research team had located the crypt for themselves, it appeared to have collapsed in on itself. They did, however, unearth the remains of huge human bones from under the remains.

In a bizarre twist, the bones went for analysis to the respected scientist Professor Vekua. However, Vekua died while conducting his research into them and the remains have disappeared. No-one knows their current location.

You can check out the episode of The Unexplained Files that looked at the giants of Georgia below.

In the same year, a similar claim of discovered giant remains came from Bulgaria in the town of Varna. What was particularly interesting about this find is the location was once the ancient Greek City of Odessos. The mythology of this long ago city run rampant with stories of giants. As do many ancient Greek myths. It begged the question if these myths might have more reality in them than we might think.

There have been numerous photographs of these finds. Many see these as evidence that these giant race of people did at one time exist. More often than not, however, the tangible evidence becomes lost or misplaced.

And what to make of the claims of Corey Goode of giants existing on Earth in suspended animation? There is no tangible evidence to support his claims, however. So we should perhaps treat them with a pinch of salt at best. However, should there be any truth to them it would bring up a whole host of questions that would need answers.

For a little further viewing on ancient giants, check out the documentary below. 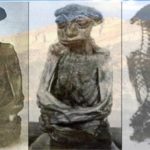 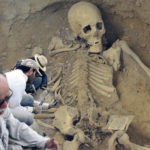 What Does The 5m Human Skeleton Found in Australia Mean? 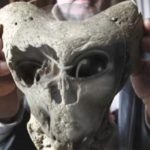 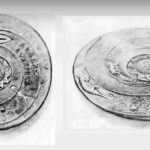