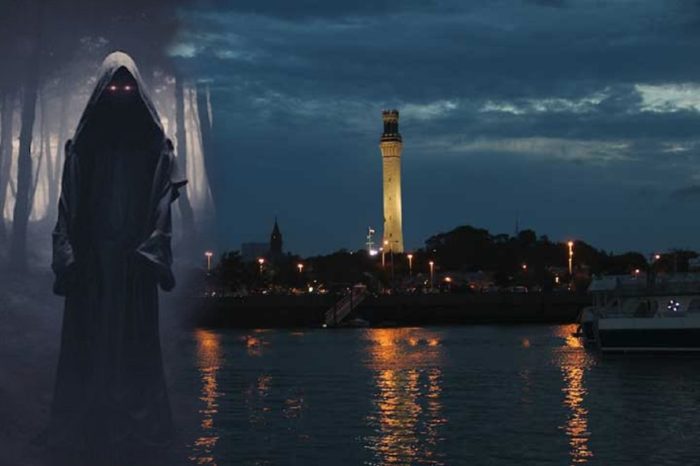 The rumors and stories from upset children in the fall of 1939 were at first brushed aside by the adult residents of Provincetown, Massachusetts. Children had wild imaginations anyway, and it was coming up on Halloween, the nights were getting steadily darker. It wasn’t any wonder that they were “scaring themselves”.

Just what was the Black Flash of Provincetown

They would tell tales of a “tall figure”, usually dressed in black who would leap out at the startled children as if out of nowhere. Some would even claim to see “glowing eyes”. However, an incident involving a young woman would make the adult community sit up and take a little bit more notice. And very likely made the children worry all the more. If this “thing” attacked adults as well, no one was surely safe.

The sightings of the Black Flash are apparently up for debate. Some researchers claim the sightings to have lasted only weeks, for example. Others, however, insist they continued for several years. Let’s go back, then, to the sighting of the young woman that made the adults of Provincetown begin to take note. But first, check out the short video below. It looks at Provincetown, and why it fascinates and attracts many people to it.

The Encounter Of Mary Costa

This late-October evening in 1939, with the town a lot quieter now many of the “summer tourists” had ventured back to their own respective parts of the United States, a local woman, Mary Costa, [1] was walking through the town. As she passed the Town Hall, however, something strange leaped out from the cover of the bushes.

She would later claim the menacing figure to be around eight-feet tall, with “pointed silver ears and glowing blue eyes”. It simply stared at Costa for several moments. Then, with as little warning as to when this strange creature had arrived, it leaped high and away from the area, continuing to jump and leap until it was out of sight. She quickly made her way to a nearby coffee shop whose light she could see creeping out of the windows. Several men in the shop went to see if they could track down the assailant but to no avail.

A report was made to the local police, who although gracious enough to record the details, didn’t treat it as something of concern. However, as similar reports began to come in over the coming days and weeks, their attitude towards this mysterious stalker changed somewhat. All of the reports were essentially the same, telling of a mysterious figure, dressed entirely in black, usually with some kind of cape. Furthermore, all would mention glowing eyes which, according to some, were red, and according to others, were a silver-blue. And then there were the pointed ears as well as a “weird buzzing” sound, similar to a bee or a fly.

What’s more, it could jump or leap to an incredible height, at least over ten feet. Certainly something a person couldn’t do without technical assistance of some kind or another.

The Increasing Sightings Of The Black Flash

As the reports continued, so did the monikers associated with the creature behind it. [2] These would include “The Provincetown Phantom”, “The Phantom Fiend”, “The Black Phantom”, and the “Devil of the Dunes”, for example. However, “The Black Flash” was the one that endured and saw off all other labels. And for a time, the Black Flash was the most feared entity in the region.

The police themselves were having trouble keeping up with reports of this menacing creature. Especially on those occasions where reports came in from two locations, a considerable distance apart, at the same time. This would suggest that the creature could move at speeds akin to teleportation, or that there was more than one Black Flash out there.

Most of the reports, although very menacing, were essentially non-violent. This mysterious dark, cloaked figure would jump out from somewhere (interestingly there was never a clear “hiding place” in sight), startle the person, and then leap high into the air and disappear. Only a few incidents on record suggest any type of violent interaction. One when local Charles Farley fired his gun at the strange creature. He claimed to have hit it but the creature simply “laughed” before jumping over a high fence and disappearing.

Another unnamed witness, claimed the Black Flash backed him into a corner forcing him to lash out with a punch towards it. Unbelievably, the creature had “caught his fist” in midair, apparently crushing his hand before tossing him to the ground. Perhaps the most startling details of the increasing sightings, as well as the apparent “super-human” strength of the creature, was the “blue-flames” that emerged from its mouth. 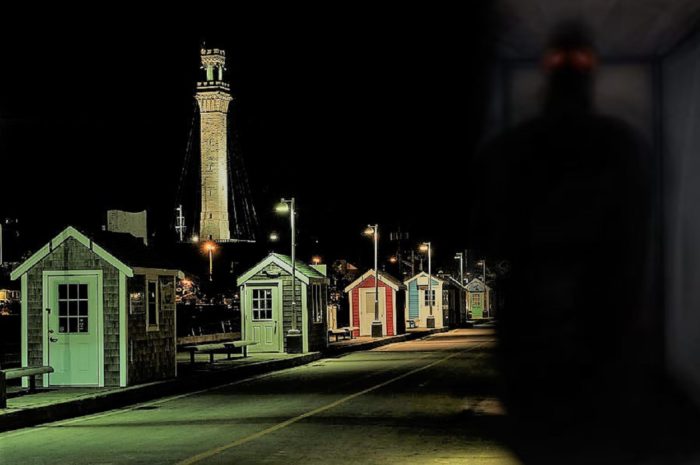 Was the Black Flash an alien entity or something more paranormal?

What is perhaps interesting is the more than similar details to the Spring Heeled Jack encounters of the mid-to-late-1800s in southern England. The last tentative sighting of the mysterious creature was in the early twentieth century. A strange, dark figure was seen leaping high over the rooftops of a housing estate near London.

Might Spring Heeled Jack be a flesh-and-blood entity who somehow made an escape from the public eye by venturing to the United States? Or might both creatures be independent of each other, but of the same, unknown (to us) race? And what are they? Are they merely humans utilizing some kind of technology? Or might they be another indigenous creature whose residence and history remain a mystery to us?

There are some who claim that details of the Spring Heeled Jack accounts are recent additions to the Black Flash accounts to create such a link. While that is certainly not beyond the realms of possibility, it doesn’t appear likely.

There is discrepancy on some of the details of the Black Flash sightings, though. Not least, how long the timeline of events was. Many researchers in the modern era, based largely on works such as ‘Passing Strange’ by Joe Citro, and ‘New England’s Mad and Mysterious Men’ by Robert Cahill, that the sightings went on for several years. In fact, the last apparent incident was as “late” as November 1945. However, researcher, Theo Paijmans, disputes this, claiming that the sightings themselves lasted only for weeks before stopping suddenly.

What’s more, many believe that the time itself, the last months of 1939 are important to examine when investigating the Black Flash sightings.

1939 – A Strange Year In Provincetown

As the final year of the thirties began, the New England area was as much hit by the recent Great Depression as anywhere else in the United States. Furthermore, as the region’s fishermen would experience for themselves, the Nazi submarines off the coast of Cape Cod was an ominous sign, despite the words of President Franklin Roosevelt, that the United States was about to become embroiled in another war in Europe.

At a much more local level, in the opening days of January 1939, a strange “sea monster” washed up on the shore near Wood End. At the time, the creature was said to be the same as the one sighted by George Reedy in 1886. It was eventually ruled to be a “decomposing basking shark”. However, this strange occurrence would appear to set the tone for the townsfolk of Provincetown, with further bizarre situations arising.

For example, and for reasons still unknown, an annual police report would state that “dog bites and stray cats” had suddenly reached an “all-time high” in the area. Furthermore, in September a spate of arson attacks began which a forty-year-old local man would eventually be arrested for.

Whether it figured into the mindset of the townsfolk of Provincetown at the time of the eventual Black Flash sightings or not, the country was also less than a year removed from the infamous ‘War of the Worlds’ broadcast that saw many citizens react with absolute panic at what they thought was an actual alien invasion. This incident alone is a great example of the power the media can have over people’s mind. And how quickly that take-over can happen.

Was there something affecting the outlook of Provincetown residents? Or was the town’s collective mindset ripe for a spot of trickery? 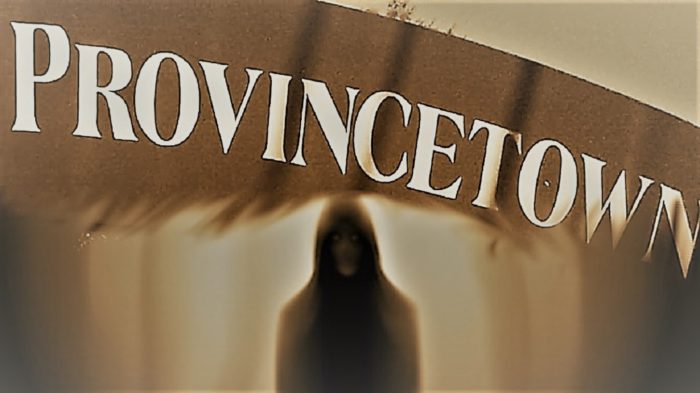 The Chief of Police, Anthony Tarvers, would state that the Black Flash sightings were merely a prank by four boys. All of whom were local to the area. According to his statement, which wasn’t an official police release, he knew the identity of one of the boys. And so, would speak to him and his parents. Immediately after, the sightings stopped.

Tarvers, perhaps rather unbelievably, claimed that the boys, split into two groups. They would then have one stand on the other’s shoulders. And then “cover themselves” with a large black “cape”, using a flour sifter as a makeshift mask.

While this apparent explanation would tie in with Paijmans’ timeline, it still leaves many other aspects of the sightings unexplained. For example, how were the “boys” were able to leap such great heights? Or, if the reports are correct, how they were able to withstand bullets. Or overpower fully-grown and for the most part, strong, able men on several occasions. It also doesn’t explain the glowing eyes. Nor, again if we accept the reports to be genuine, the “blue flames” that emerged from the “boy’s” mouth. Might it be that Tarvers’ explanation was one issued simply to calm the panicked minds of the townsfolk?

It would appear that whatever the truth behind the Black Flash, it left its mark on the entire Provincetown area. And, to a certain degree, continues to do so today. The video below looks at this strange entity a little closer. 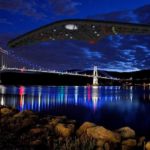 The “Black Boomerang” UFO Of Poughkeepsie