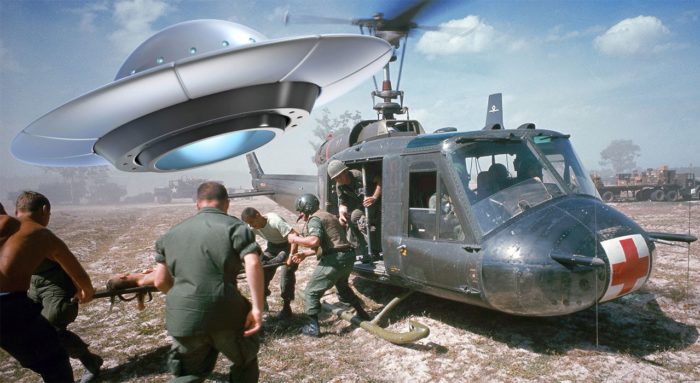 The Vietnam War is an era in history marked with bloodshed, regret, mysterious events and of course, conspiracy. And as with many other conflicts, reports of strange aerial objects are plentiful. This is particularly the case it would appear, with soldiers serving on the front lines.

Before we look at some of those other-worldly, mysterious, and even grotesque conspiracies, it is important to acknowledge how horrific the Vietnam conflict was. Many thousands of people needlessly lost their lives, on both sides. From a western perspective, many of the soldiers (themselves, victims of the draft) were not even out of their teens. To say they didn’t want to be there, or fully understand why they were, would be an understatement.

In short, while we are going to look at the speculative aspects of a very real and gritty period in history, it is no way an attempt to make light, or be dismissive of a conflict whose very real and horrific consequences were fatal to many, and far, far reaching to others.

Before we look at those other elements of the Vietnam War then, check out the video below. It gives a brief overview of the basic facts of the conflict.

Perhaps former Vietnam veteran and eventual New York detective, the late Pete Mazzola is one of the more outspoken ufologists. He founded the Scientific Bureau For Investigation – a project he would dedicate the rest of his life to [1] until his death in 1987. Most describe him as a largely credible UFO researcher.

Mazzola would claim that while patrolling the jungles of war-ravaged Vietnam, he saw many strange aerial lights. These objects were similar to “shooting stars” – except for the fact they would change direction at will.

One of the strangest encounters of Mazzola’s would take place sometime around 1966 or ’67. His unit was under cover in elephant grass when a strange object surfaced in front of them. All could see the craft as it hovered over the paddy fields ahead. Assuming the object was an enemy craft, he would follow procedure and report the coordinates to US ships stationed nearby.

Not only did the US Navy begin shelling the object, but fire came from the Vietcong also. Strangest of all, Mazzola insists that the shells seemed to explode in mid-air before hitting their target. After several minutes, the object simply shot directly upwards at impossible speed.

Mazzola’s sightings were far from the only ones over Vietnam.

In June 1968, in the demilitarized zone, reports of strange floating lights came from Australian soldiers. NATO forces would send fighter jets to investigate, forcing the strange lights to head out to sea. A flurry of gunfire came from all directions. However, no direct hits on the strange lights occurred. In fact, the only damage came to the Australian ship, HMAS Hobart, which would almost sink following hits from “friendly” fire. Incidentally, several crew members died as a result.

Check out the short video below which looks at the HMAS Hobart incident.

The Nha Trang Base Incident

Two years prior to the near sinking of the HMAS Hobart in 1966, around 1000 US servicemen witnessed a strange sighting. At the Nha Trang US base, while many soldiers were enjoying downtime, the sky suddenly lit up fantastically. From the north, a bright light was moving towards the base. It would speed up, then slow down, then speed up again, but would continue in their direction.

Once overhead, the entire base shorted out when every piece of electrical equipment simply shut down. Even plane engines that had been running on stand-by switched off and fell silent. Half in awe, half in terror, the soldiers observed the strange bright craft as it hovered over them.

Then without warning, it shot directly up into the sky. Its movements and its direct ascension are similar to those that the aforementioned Pete Mazzola would report. Does this suggest they are the same craft or same intelligence behind it? Or might it be, as some argue, that the crafts weren’t other-worldly at all? Might these strange sightings actually have been top secret US aircraft using the cover of war to conduct flight tests?

There are many theories that the Vietnam War provided some in the dark reaches of the US government with cover for a great many dark projects. Before we look at those, however, a recent account courtesy a former US Servicemen is of interest. And it would add another dimension to the mysterious accounts of Vietnam during the fighting.

One of the strangest reports of mysterious activity came to light in January 2015 in a strange YouTube video. It showed a photograph taken in the San Doong Cave. The person responsible for the captivating photograph is the same person who made the cave’s discovery, Ho-Khanh. He would claim the figure to be a “Devil Creature”, with the face of a “lizard” but who walked like a human.

Incidentally, there are regular reports of such strange sightings since the cave became open to the public in 2013. The cave system itself is so gigantic, much of it remains unexplored.

Around a month after the aforementioned video, a report from an anonymous US Army Corporal who served in Vietnam appeared. His unit’s base was close to the San Doong Cave. An incident in 1970 appeared to mirror the reports that are emerging in the area today. The information arrived at a media outlet after a request for accounts anyone may have had in Vietnam.

According to the former soldier, a strange “lizard humanoid”, at least seven-foot tall, stood near the entrance to the cave. Orders came to open fire, but the strange creature just vanished. No body or signs that the lizard-like figure had wounds came to light.

The soldier surmised he felt it strange that his unit received no “debriefing” session following the incident. It made him believe a purposeful “hushing up” of the encounter had taken place.

Check out the YouTube video of the Devil Creature below.

According to some theories, the Vietnam War would take place for one reason. So that intelligence agencies could take control of the drugs trade, and in turn, use the bodies of fallen soldiers to transport their hauls undetected [2] into the United States. What is perhaps, even more, stomach turning, is that there are similar rumblings [3] regarding many of the US-involved conflicts in the Middle East regions today.

The short video below voices these concerns.

Whether this was truly the reason, and the war had, in fact, come about as a result of international political manipulation is open to debate. It does appear though that the conflict would provide advantages for opportunistic agencies.

Drugs would be wrapped in plastic and then stashed in the bottom of coffins returning to the United States. In some cases, they were placed in body cavities. Some particularly gruesome testimonies speak of “hollowing out” corpses and filling the body with packed opium.

The coffins carrying drugs display secret, discreet codes which allow agents to divert them once in America. Once retrieved, the drugs “find their way” to established drug-dealing networks and in turn onto American streets. The money collected by intelligence agencies funds all manner of black projects – including terror groups.

The video below looks at this aspect of intelligence agencies. It is both interesting and sobering viewing. 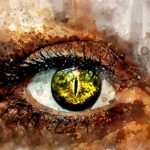