Anyone who has spent a certain amount of time in conspiracy circles (which regularly overlap with the UFO community) will have heard of a world elite. A secret cabal of influential people, monetarily rich beyond imagination and consequently having a real desire for power and control. 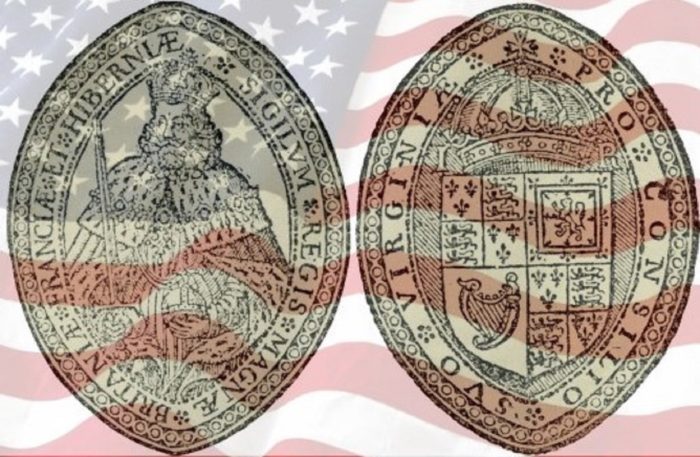 These conspiracies come in many forms, and with varying levels of outlandish claims. That is not to say some of these aren’t true. Or that all of them don’t have partial truths within them. As we will look at later, history itself is often perspective based at best. Various famous quotes exist that elude to this. Perhaps Churchill’s “History is written by the victors” or Napoleon’s “History is a set of lies that people have agreed upon!” are two of the most accurate, for example.

While there is enough information and points of interest to fill entire volumes of books (of which many exist), we will look here at the basics of this particular conspiracy, where it stems from, and if there may be any truth in it. Sometimes, simply being aware of such claims, regardless of whether you subscribe or not, allows us to look at other incidents with a slightly different perspective. Indeed, perhaps other incidents may also serve to back-up these apparently crazy theories.

In Great Britain at the start of the 1600s, with the much-anticipated flux of pilgrims to the new lands of America, a small group of businessmen, politicians, bankers and other people of influence, began the first steps towards the creation of a new company in the new land.

In 1604, at a meeting in Greenwich in the south of England, the Virginia Company came into existence. The person with the largest stake in this new company was King James I, and the main objective of this new venture, ultimately, was to bring wealth to The Crown (which we will look at shortly).

The company split itself into two groups – the London Company who would establish the first British colony in (King) Jamestown in 1607, and the Plymouth (or New England) Company who would arrive via the Mayflower at Cape Cod in 1620.

Following the establishment of these colonies under British rule and control of The Crown, all lands of America (as well as any lands that may reside up to nine-hundred miles off its shores) belonged to The Virginia Company. Consequently, they had rights to fifty percent of any gold or silver ore mined on the lands, as well as rights to any other material mined there. Any venture that would result in a profit would also pay five percent to the Virginia Company.

There were plenty of other reasons for this other than to extract wealth, however. Spain had “expanded” considerably into the South Americas, and part of the North American continent via Mexico. At the time, it was in the interests of The Crown to transplant English speaking people, and their customs and religion, to head off further encroaches of the Spanish and to keep “the Empire” as the most dominant in the world.

Some Clarity – What Is The Crown?

Most people will think of the British Royal Family upon hearing The Crown. However, in this instance, it refers not to them, but to the Crown Corporation, also known as the Crown Temple in the City of London, itself a separate sovereign state (much like Vatican City). Incidentally, many researchers even draw connections between The Crown and the Knights Templar, with some even suggesting links to societies in ancient Babylon.

The City of London is a one-square-mile area in the heart of London, who, according to some versions of history, won its sovereign rights through debt-financing right the way back in 1067 – shortly after William the Conqueror was victorious in battle, and who himself would grant this “sovereignty”. Since then, all monarchs and governments have allowed this “arrangement” to stay in place.

There are claims that many of the Founding Fathers of America and people of influence at such key times as the Declaration of Independence or the Civil War, were essentially lawyers for The Crown, ensuring the best financial interests and outcomes for its clients – wealthy European (and mostly British) families. All thirteen of the original “states” of America were essentially the land of the privately-owned business, the Virginia Company.

Officially, the Virginia Company would go bankrupt, and the War of Independence would ultimately free it from British rule. Some researchers suggest this isn’t actually the case.

Before we look at that, check out the video for more detailed information on the City of London.

Still Under Rule of The Crown?

Much like the City of London, the District of Columbia is a privately-owned stretch of land (hence its own government). On this land is the Federal Reserve Banks – privately owned corporations. These corporations not only dictate American economy but profit from it. The US government (different from the federal government) are essentially in debt to these private banks, who themselves have no form of independent auditing. Many researchers claim this is essentially, the Virginia Company renamed.

However, here is where the maritime or admiralty law becomes interesting. The federal government, or the United States – the corporation – operate under maritime law. Therefore, any federal court proceedings also operate this way, as the “United States” is a privately owned federal company.

According to some researchers, following the Second World War most individual states would join the Federal Revenue Sharing schemes. Part of the conditions, they say, would be that their courts would also come under such maritime (or federal) law instead of common law.

Many mainstream historians dispute these accusations, relying on “twisted interpretation” of acts and laws as their rebuttal. While that is perhaps true, law doesn’t often leave things to interpretation. Quite often “the letter of the law” is extremely precise.

The video below looks at the basics of these claims a little further.

Part of the problem with attempting to uncover “real” history and versions of events, is that we are ultimately having to trust someone else’s version of them. Essentially, their interpretation or perspective.

What is a joyous event in time for one, might be a sad turning point in the road for another. We can never see these events for ourselves, and so, ultimately, we rely on our own perspective as to what is most likely to have happened. Often, we can do little else but place in front of us each account, and settle upon likely scenarios.

One last point of interest, particularly in light of the claims that such financial controls stretch back to Babylon, is that of the Babylonian deity, Queen Semiramis – also known as Venus Columba. Given that The Crown Temple in the City of London, if you subscribe to the theories, owns the “United States”, and they themselves date back to Babylonian times, is it just coincidence that the heart of the “United States” is called the District of Columbia (Columba, or Queen Semiramis)?

So, what should we make of claims that the Virginia Company, in whatever form, still “owns” America today?

Perhaps a good way to end this article is by using the words of George Bush Sr., who once stated, “If the American people knew what we have done they would string us up by the lampposts!”

That line could be used to support so many conspiracies. It could also discredit them. It all depends on perspective. Of course, perspective isn’t necessarily truth. And that is where the blurring of the lines of history tends to happen.

The video below looks at some of the apparent “secret” history of the United States. 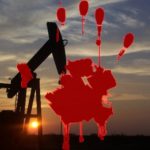 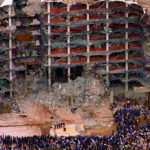 The Still Unanswered Questions Of The 1995 Oklahoma Bombing