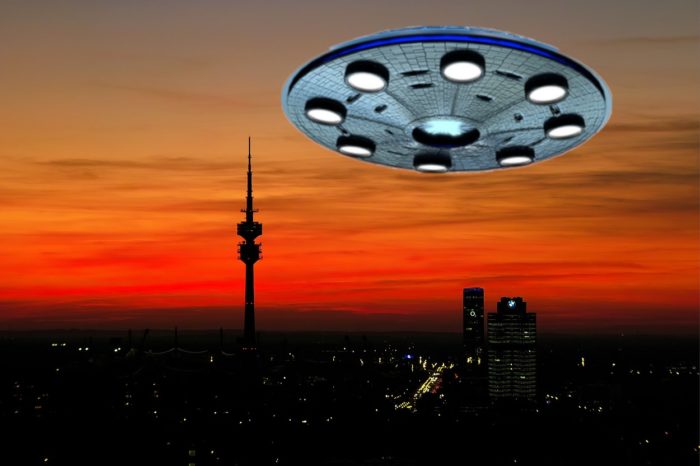 What is perhaps interesting about the sudden appearance of “star-shaped” objects appearing over the German city of Ingolstadt is that the sightings would occur on two separate evenings spread out over several days and were witnessed by multiple people, including several serving police officers.

What’s more, one of the sightings would come from a professional pilot while airborne, and whose account was corroborated by her passengers. In short, for several days in early September 1979, the Bavarian skies were host to strange, glowing, and seemingly cosmic vehicles of a technology not of this world.

Like other countries Germany has a long history of UFOs

Despite this seemingly overwhelming number of witnesses, the official explanation was far off the mark from those who witnessed the bizarre events up close. And consequently, it was almost universally rejected by UFO researchers and investigators who examined the sightings.

Perhaps adding even more authority to the encounters, MUFON, who would investigate the case and bring it into the public arena, would claim the incidents had a reliability in terms of credibility of “99.99%”.

Whatever the multiple witnesses in and around the German city of Ingolstadt saw over four decades ago, it would seem it was very real. And continues in its search for a satisfactory explanation.

The Strange Sighting Of Mr. Y

The first incident occurred on 6th September 1979 just outside Ingolstadt in the residential and suburban housing estate where one “Mr. Y”, a television technician, called home. On this particular evening, at a little after 9:30 pm, after arriving home from work, Mr. Y’s neighbor immediately got his attention, urging him to look upward into the night sky.

When he did so, he could see “three bright lights” hovering overhead. He would estimate each object was around 50 feet across and they appeared to be at an altitude of only a little over 500 feet. Furthermore, now that his sight had focused on them somewhat, he could see the exterior was of a shiny, metallic material “like silver foil”, with a ring of bright yellow light enveloping it.

Mr. Y and his neighbor watched the objects hovering for several more minutes, each a little in awe of the dazzling spectacle above. Then, without warning, one of the objects descended suddenly toward a cube-shaped billboard advertising Audi. 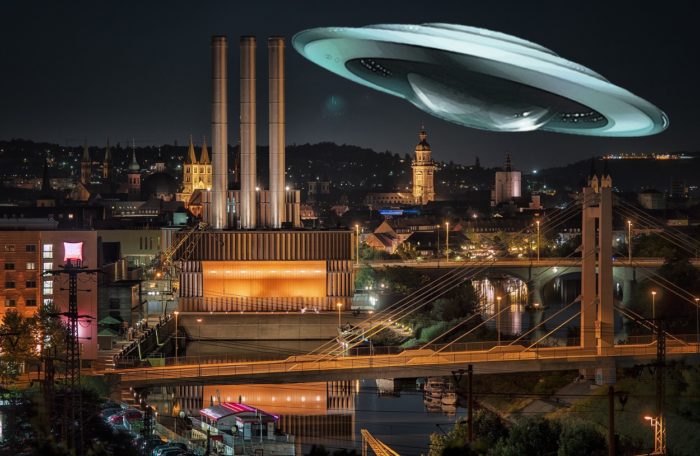 Many different people witnessed the same thing over several nights

The object came to a complete halt around 200 feet above the advertising cube. With it now hovering lower, Mr. Y could see the distinct star-shape and the distribution of the lights on its underside.

After a minute or so, the object suddenly ascended once more, back into position with the other two hovering objects. They then calmly moved out over the city and toward Eichstaett.

In total, the incident lasted no longer than 5 minutes. He would make a report to local police straight away. According to police records, they had received around half a dozen calls from concerned members of the public before receiving his report.

Around 15 minutes later, residents in the nearby city of Eichstaett would also begin witnessing the strange, glowing objects.

“That Thing Was There!”

The sightings would continue over nearby areas for several more hours. For example, at around 9:45 pm in Eichstaett, several police officers would report the seemingly strange object spotted by Mr. Y and his neighbor. This was followed by sightings by police officers in Gunzenhausen, Weissenburh, and eventually, at around 11:20 pm, sightings in the city of Nuremberg. 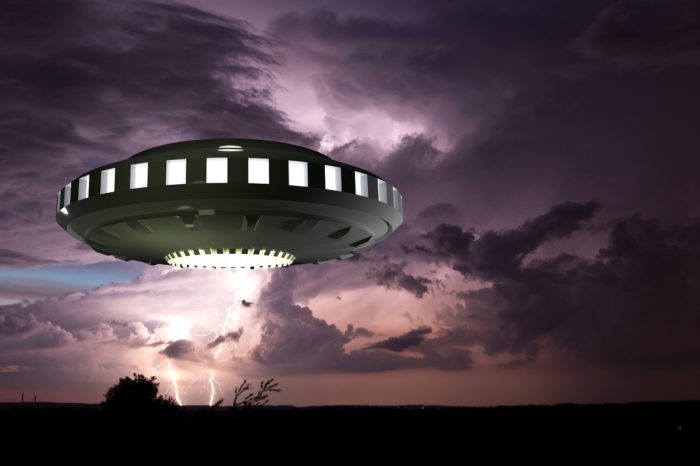 The witnesses were sure of what they had seen

By this time, the police headquarters in Munich had been briefed of the bizarre sightings. Meanwhile, two police officers had interviewed Mr. Y about his encounter. As these officers were driving back toward the city a little after 11 pm, they would witness a “five-pointed luminous object” themselves. They would further recall that it had a “yellowish-glow” to it with several flashing lights. One of them, “Officer F”, would state:

I was amazed. I didn’t believe in the whole mumbo-jumbo, but suddenly, that thing was there!

Officer F would further recall how, as well as the bright lights from the five points of the objects, an internal light glowed “like floodlights” such was the brightness. He would also recall how the lights around the edge of the object appeared to move. And consequently, would give the edges a “shimmering” look.

After around 10 to 15 seconds, the object simply vanished out of sight.

Although there would be no reports of any aerial anomalies over the two days that followed, the third day would bring another evening of extraordinary happenings in the Bavarian skies.

Three days later, on the evening of the 9th of September, the objects were seemingly spotted once more. This time, the first report came at around 8:30 pm from the city of Nuremberg. An “8-sided star-shaped object” at an altitude of around 4,000 feet was observed by several witnesses. The object was seemingly heading in the direction of Ingolstadt.

At a little after 9:30 pm, the first reports of a bizarre “oval-shaped” object with “flashing red lights” would come into to Ingolstadt police from concerned residents. Given the sightings three nights earlier, they would waste little time in contacting police headquarters in Munich. From there, orders were issued to the Federal Office for Air Traffic Control. And those orders were simple enough. Air traffic controllers were to scan the skies for:

…UFO-related shapes over the Ingolstadt area! [1]

When one of those on duty at Air Traffic Control that night, known in the MUFON report as Flight Controller H, spotted a Cessna aircraft in the area several miles to the north of Ingolstadt, he would ask the pilot to look out for and report anything strange she might see. The pilot, who was taking her business passengers to Brussels from Munich, agreed, although at first, she would witness nothing at all unusual.

However, less than a minute later, that would change.

The pilot would immediately radio back to the control tower. She would claim that “several lights” were seemingly ascending from below in the general direction of her plane. Furthermore, each of these glowing objects has “six points” and glowed a steady yellow-green color.

Within several more seconds, the objects were directly in front of her plane. And they would maintain the same cushion between them and her all the while. She would report this to the control tower, the apprehension about what might happen next evident as she did so.

Then, the objects would move position, moving so lightning-fast that she couldn’t describe their movements in real-time. She did say, however, that she had the distinct impression that the objects were “playing with her”. At one point even circling the plane as it cut its way through the night sky.

Then, after no more than 30 seconds since first appearing, the objects vanished, once more at a breathtaking speed. 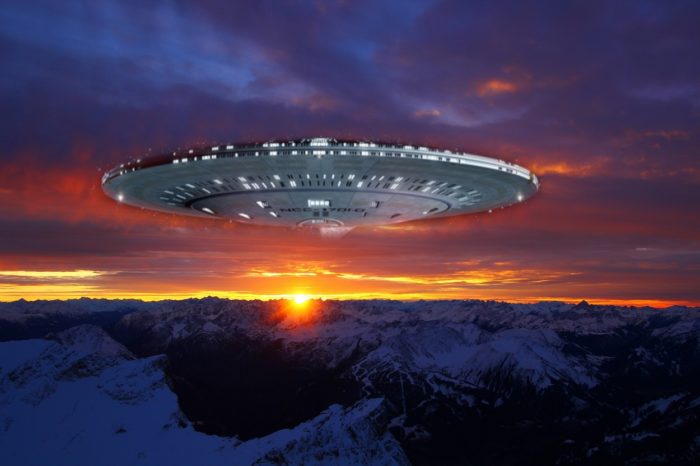 One of the witnesses was an airline pilot

Following the incident, the Cessna would land at Frankfurt Airport. Not only so the plane could be checked. But also so the passengers – one of whom was the owner of the plane and had witnessed the entire encounter – could take stock of what had just happened. He would also take the opportunity to contact the control tower in Munich to corroborate the report of his pilot. He would call the objects they had witnessed “unexplainable”.

By 11 pm, a police search-and-rescue helicopter was circling the skies over the Ingolstadt. They would patrol the area for around 20 minutes. However, they would report nothing of an unusual or extraordinary nature.

An Official Explanation That Is “Pure Nonsense!”

In fact, the only thing extraordinary to follow was the official explanation by the Bavarian Ministry of the Interior regarding the incident. They would essentially suggest that people had witnessed a combination of “mirages” due to “unusual weather conditions”. And/or “anti-aircraft fire” from a military training base in Hohenfels.

As you might imagine, many people would struggle to find anything credible in this apparent official take on the situation. MUFON would even go as far as to call such a suggestion “pure nonsense”. And it is hard to disagree with their assessment of such an obviously dismissive suggestion.

And while many researchers would suggest a desire to not increase their own workload as opposed to a “cover-up” of the incident on the police’s part, the fact is, a series of strange aerial encounters with so many dependable witnesses should really have been investigated fully at the time.

It is unlikely that any new witnesses will come forward concerning the encounters in the Bavarian region of Germany in September 1979. And even if they should, it is unlikely that any new information from the public would shed any further light on the case. However, it is not completely beyond the stretch of our collective imaginations that the German, or another prominent government with multiple interests in the country, might know a little more than they would officially let on. Until such a potential and official release of information comes, however, the incident remains both mysterious and unexplained.

Check out the video below. It looks at some of the best UFO sightings in recent history.