Claims of a crashed UFO in October 1998, possibly a vehicle of extraterrestrial origin, is one that not only shares the same details of other apparent crash and retrieval operations but also shares the same official explanations of a “crashed weather balloon”. 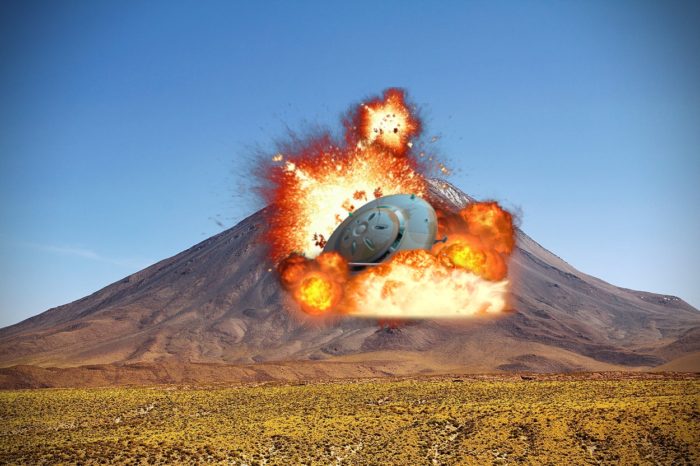 The sudden appearance of a strange, silvery craft over a small village in Chile was witnessed by most of the local population. As was the sudden crashing to the ground of the aerial object several moments after it appeared. And while the crippled, ruined craft remained where it fell for several days, a sudden military presence, which as we will see shortly also had a discreet American “feel” to it, would suddenly descend on the village, restrict access to the area, and confiscated the remains.

Is this another case of an alien craft crashing to Earth, bringing with it proof of life elsewhere in the Universe being removed and suppressed by unknown powers? Or might the incident be one involving an equally strange military-type craft which resulted in a tragic accident during an experimental flight?

The account comes to us from several UFO researchers in the region, many of whom would visit the region in the aftermath, including Patricio Diaz, Luis Sanchez Perry, Miguel Jordan, and Roderick Bowen.

According to the report, at just before 4 pm on the 7th October 1998, in the small village of Paihuano in the Valle de Elqui district of Chile, multiple residents of the village noticed the sudden appearance in the late-afternoon skies over the Las Mollacas hill of a strange silver disc. Reports would later suggest that the object was approximately 50 feet across.

After remaining completely motionless for several moments the object would suddenly rise into the air. It then made an equally sudden turn which seemed to “split it in two” as the residents of the town looked on. 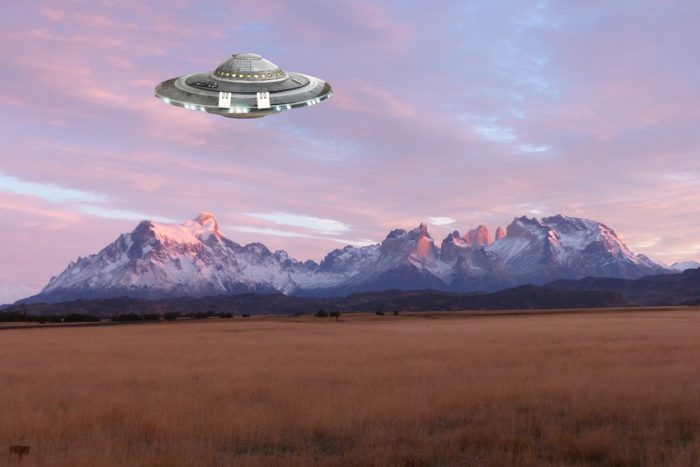 As they watched in awe and confusion, the object came crashing to the ground. One piece of the wreckage would land on the top of the hill while the other fell a little way behind it.

According to the many reports of the locals who not only witnessed the crash but also went to inspect the wreckage, the object was definitely of a solid, metallic exterior which was silvery and shiny. So much so, the sun would reflect brilliantly off its surface. Furthermore, when it was in one piece, it was of an elongated shape.

The object itself would remain on the hill where it fell for two days until a strange military-type unit “in uniform” arrived and removed the wreckage.

A Surge Of “American Tourists” Booking Hotel Rooms In The Region!

The report continues that the Chilean military did investigate the case. They first sent a unit on horseback who would confirm the crashed craft from a distance as the terrain of the hill area made it difficult to reach. According to the report, they did attempt to reach the wreckage, but the operation resulted in the death of one of the horses.

There is, it would appear, evidence of a cover-up taking place at this stage. Communications from the unit were seemingly intercepted by the police of the region. Shortly after, the unit received orders to vacate the area, upon which the “uniformed” unit arrived. As well as removing the wreckage, they would cordon off the area and allow no further access. 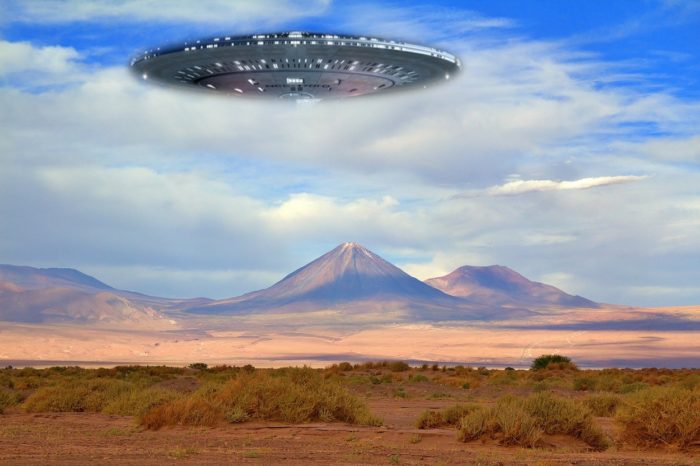 The unit would conduct extensive investigations and interviews with the local population. Furthermore, they would also extend these interviews to the residents of several nearby towns. Even stranger, according to the research of UFO investigators, several hotels in the region experienced a sudden surge of “American tourists” booking their rooms in the days following the incident, and especially following the arrival of the mysterious military unit.

One anonymous witness – a local goatherder who was familiar with many of the routes around the suddenly restricted area – claimed to have also witnessed the arrival of unmarked helicopters. These aerial vehicles would “work tirelessly from midnight until the early hours of Friday 9th March”. In their military nets, they carried away pieces of the wreckage.

These were not the only accounts of strange goings-on during the night hours. Local researcher, Patricio Diaz would collect several such accounts and it is to those where we will turn our attention to next.

Evidence Of A Heavy-Duty Operation!

According to Diaz’ files, several local residents described significant activities during the night, including the presence of helicopters over the village. One such resident, Omar Prieto who managed one of the town’s tourist resorts, would claim that he witnessed the wreckage “with his own eyes”. He would describe it as “something like the wing of a plane”.

He would also state that following the sudden activity on the evening of Thursday 8th March the wreckage had disappeared. What was left behind, though, was evidence of heavy-duty military trucks in the form of tread marks. One member of the public who did manage to get a closer look would state there was also boot markings near the tread marks, themselves leading to a “large cleft” on the hillside. 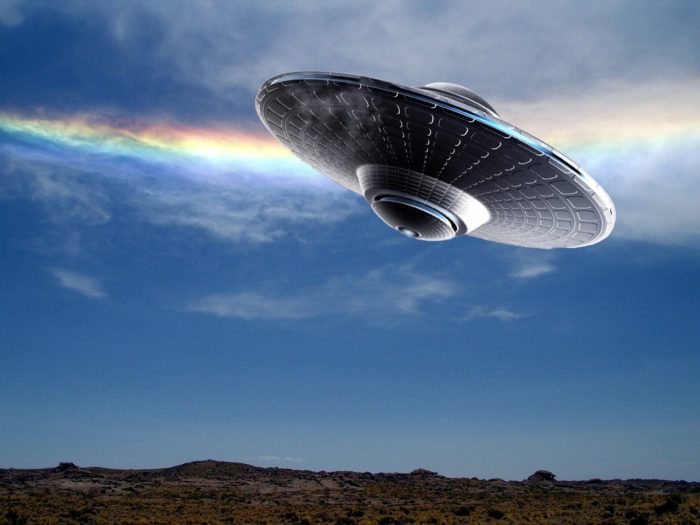 Even more suspicious was that by Monday 12th March, there appeared signs of an effort to plant disinformation at the location so as to cover-up what had occurred. Many residents would find stones that had been painted with a silvery and reflective paint. A number of bizarre and strange explanations would surface for the strange events. All of which were seemingly rejected by those who had witnessed the events for themselves.

Perhaps one of the strangest claims came from the El Tololo Astronomical Observatory. They would state that the crashed craft was actually an “out of control weather balloon”. However, this claim was publicly refuted by a high-ranking member of CEFAA. Gustavo Rodriguez would state no such weather balloon launches had taken place. And furthermore, any launches would require 48 hours’ notice, which he had not received.

Connections To The Presence Of Uranium?

One of the most interesting aspects of the apparent incident could be the location itself. The soil there is said to be mineral-rich, with very valuable uranium deposits. This is intriguing as uranium, according to collective research in the field, comes up often in UFO reports.

Might it be that these seemingly otherworldly vehicles are reliant in this particular mineral? Perhaps for fuel, for example?

What’s more, several months earlier in June 1998 reports of a similar crashed craft surfaced. According to the reports a “deafening noise” would ring out suddenly. At the same time so did a flash so bright that it seemed “night had turned into day”. Some reports also claim that the region experienced strange storms.

This is perhaps an interesting point. Especially when we recall that following the October incident the region experienced significant earthquake activity. Might the arrival of these crafts be responsible for such activity on Earth? Could it be possible that such activity is a result of these crafts entering our atmosphere? Or might such atmospheric storms and even earthquakes be the result of a gateway or portal? One that allows these strange crafts passage into our world?

Like the case itself, the possibilities and questions remain in abundance.

Evidence Of An Extraterrestrial Interest In Military Exercises?

The incident of October 1998 in Paihuano is one of the most intriguing on record. Of that, there is little doubt. It perhaps also appears to be very credible. That something most definitely happened that fall afternoon is surely beyond doubt.

Of course, whether the object was a military vehicle or a craft from another world under the control of another intelligence remains open to debate. We should perhaps note that during the time there were joint military UNITAS exercises taking place. Interestingly or not between the militaries of the United States and Chile.

This itself proposes several questions. Firstly, that the craft was a secret military craft, either an American or Chilean one. Or possibly some top-secret joint effort. Or, let’s assume that there is an alien presence on our planet. Do such military operations attract the attention of these extraterrestrials? In the same why that UFO sightings increase during wartime, researchers suggest they also increase during such military exercises.

Although the incident itself occurred over two decades ago it remains of interest to UFO researchers today. Just what did come crashing to the ground that afternoon in the small Chilean village? And why was there such an effort to seemingly cover over the events? And perhaps most interesting, particularly to the larger UFO picture, what should we make of the increased but discreet American presence in the background of the crash?

The incident remains unresolved and without a satisfactory explanation.

Check out the video below. It discusses the claims of UFO crashes around the planet a little further.