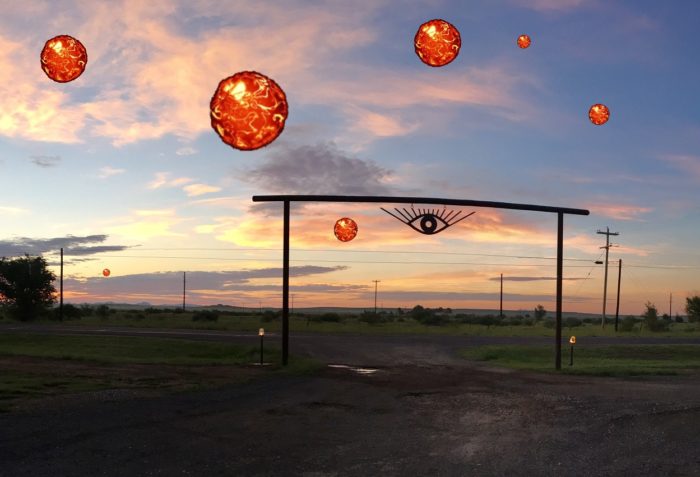 Much like the Min Min Lights (or Ghost Lights) of the Australian outback, the Marfa Lights of west Texas have a plethora of theories to explain their mysterious and regular appearance in the night skies. And while records of the lights date back to the mid-1950s, there are several accounts that speak of them as far back as the 1880s. With several more from the decades before that make reference to encounters that can only realistically be regarded the same as earlier such sightings. It is likely they have appeared in this part of Texas for hundreds of years before official records. And what’s more, going back to the Min Min Lights above, it is likely that this phenomenon happens at various places around the globe.

The Marfa Light in Texas has baffled researchers for years

Further still, as mysterious and enigmatic as the lights themselves are, they often share connections with UFO sightings and activity. Either directly or indirectly. So, while the lights themselves are likely not extraterrestrial in nature, many reports would suggest much of the surrounding activity very likely is. Texas, remember, is one of the leading states in America for UFO sightings. Furthermore, many reports speak of “being chased” by these strange glowing orbs, themselves at times splitting or separating from one object into two. This would suggest some kind of intelligence as opposed to one optical illusion or another. For all the suggestions, however likely or unlikely, the lights remain a mystery.

Before we examine some of the historical and more contemporary accounts, check out the video below. It is just one of many pieces of footage available online. Whatever these most mysterious glowing orbs might one day prove to be, they are most certainly intriguing. And perhaps, if their energy can be one day understood, important.

In the late-1880s, a railroad engineer by the name of Walter T. Harris would conduct the first scientific and serious investigation into what the strange lights in Mitchell Flat near the town of Marfa in western Texas actually were. [1] However, despite all of the knowhow at his disposal, he was unable to come up with a satisfactory explanation other than that they “might be coming from deep within Mexico”.

The first detailed account, on the other hand, occurred in 1883. When Marfa was hardly a town, and more an outpost of stragglers and settlers. And not very many at that. On this particular day, cowboy and cattle herder, Robert Reed Ellis, along with several of his hired hands, were herding cattle through the land near to, as well as what would become the town of Marfa. They would remain in the area for several evenings as they slowly moved their herd along. On the second evening, though, while camping in the Paisano Pass area, something strange would occur.

Ellison noticed strange “flickering lights” ahead of them, far off in the distance, but clearly visible all the same. Thinking they might be vulnerable to attack from local tribes, the men took to their horses to investigate the lights. They would cover considerable ground between, searching the entire base of the Chinati Mountains in the process. Not only were there no signs of a camp, there were not even any tracks indicating any activity.

Ellison would report he and his men would witness the lights on the following two evenings. They were never able to track down the source of them. And perhaps more importantly, they were never able to settle upon a logical explanation. Locals, few as they were, all informed Ellison they regularly saw these strange lights.

An Opportunistic Legend From Feelings Of Retribution?

What’s more, and in remarkably similar (if not exact) legends to other indigenous tribes around the world, those of the local Apache tribes of the area, state the lights and flashes witnessed by people is the “wandering spirit” of the Apache Chief Alsate. According to their account, since his (very real) execution at the hands of Mexican authorities in the 1860s he has wandered the area. While some of the other aforementioned legends around the world state that sightings of such strange lights are indeed the spirits of those passed over to the other side, they don’t particularly claim them to be of one specific person only. And what’s more, some historical records of the area make mention of “strange lights” as far back as the 1840s from people traveling on wagon-trains from Mexico to Texas.

Perhaps this interpretation offered by the tribe was a purposeful planting of such a haunting? One of attaching numerous spirits to one well-known name by way of creating fear of a reprise from their murdered leader? For their part, Mexican authorities would claim him to be a “war chief”. And in their defense, it would appear he often led “raids” deep into Mexican territory. It would seem that stories of his ghost and the connections with the strange lights of the Marfa area spread in the slave camps in the Texas area. These contained many of Alsate’s followers who had been rounded up and sold into them by Mexican authorities.

It isn’t hard to see, then, where the desire for vengeance stems from. And at a time when there was a continuing encroachment by “settlers” onto indigenous lands, it is easy to see why such stories would spread quickly among a new populace. And why those spreading them would want them to do so. 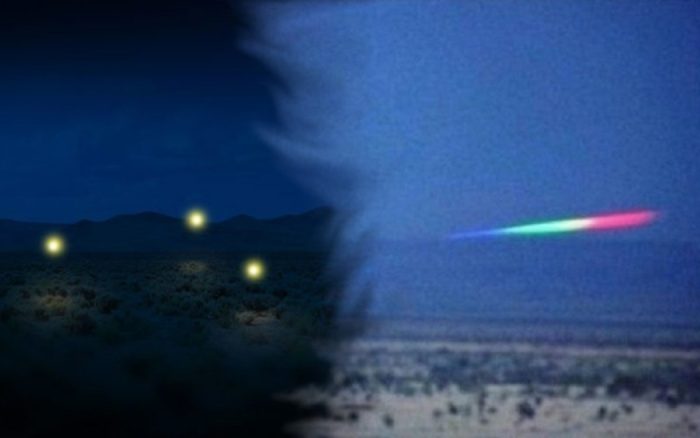 Does the image on the right show the Marfa Lights?

So, while it is very likely that the Marfa Lights have been sighted in the area as long as there has been someone there to witness them, sightings have continued into the modern age. However, and perhaps a result of the UFO craze sweeping the United States throughout the 1950s, it was a 1957 report that appeared to catapult the phenomenon into the national spotlight.

In the July 1957 edition of ‘Coronet Magazine’ an article would claim (rightly) that not only were the lights very real, but they appeared regularly over the skies of western Texas. Numerous witnesses were happy to go on record and speak of their own sightings.

Detail descriptions vary slightly from person to person. However, a general description of the strange aerial lights will state they are orb-like. Similar to “balls of fire” which “dance” or “float” in the skies and on the horizon. Sometimes, sparks are visible flying off these dancing orbs. Then, after varied amounts of time, they “grow dim” and disappear.

There have also been several UFO sightings made at the same time, or just after appearances of the Marfa Lights. Including one of the most memorable UFO incidents of the region. The Chihuahuan Desert Incident occurred on the evening of 25th August 1974, relative nearby, along the Texas-Mexico border. Reports of the incident suggest a UFO collided with a small and unidentified airplane somewhere near El Paso. There are some trains of thought that suggest the “small airplane” may actually have been one of the Marfa lights. Incidentally, it is claimed the incident would result in the recovery of a downed disk. As well as a very murky and questionable exchange between the US and Mexican militaries. Needless to say, the incident is recalled often as “Mexico’s Roswell”.

There are several more “down-to-earth” explanations on offer. [2] Perhaps interestingly, given that mainstream science believes in it but can’t explain it, ball-lightning is often put forward as an explanation for the bizarre lights. As is the optical phenomena, Fata Morgana, an illusion that makes lights in the distance appear much closer than they are. In fact, recent studies would suggest that car headlights, miles away, were likely the result of the bizarre lights. However, that wouldn’t explain the sightings that date back to the 1800s. And the ones that very likely came before that. While it might explain “some” of the sightings, particularly those of the modern era, it would appear that many of the Marfa lights are far from simple optical illusion.

NASA engineer, James Brunnell, believes the lights above the ground are the result of “underground lightning storms”. These are likely the result of tectonic activity creating “dusty plasma clusters”. According to Brunnell’s research, it’s this energy source and, in turn, the origin of the Marfa Lights.

What’s more, an official “viewing area”, just off Highway-90 is regarded as the best place to view the lights from. In fact, thousands of people travel to the area each year. Some just with the hope of seeing the bizarre aerial display for themselves. Others looking to try and see something everyone else hasn’t and perhaps go to explaining what these bizarre lights are.

Check out the short video below. It looks at this strange phenomenon in a little more detail. 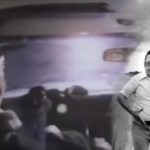