At the time of Daniel Leger’s sighting, he was a twenty-one year old who was part of the German compulsory work service – the result of conscription. He was based at a labor camp in Gdynia on the Polish Baltic Coast. In part because of this, he would keep details of his encounter to himself for many years after the war. 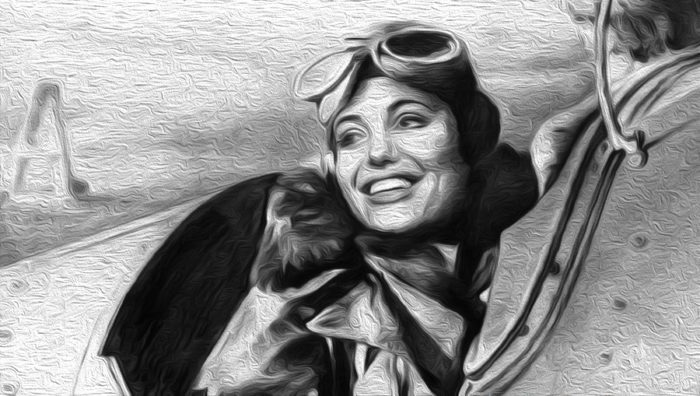 What he would believe – or at least would tell himself – was a chance meeting with a German test pilot, would appear to be a liaison with a being from somewhere much further. Perhaps more interestingly, this account was just one (other than the foo-fighter claims) of UFO encounters in the early-1940s. While war was soaking the planet in blood, carnage, and terror in equal measure, it would appear visitors from elsewhere, perhaps because of this, began to take an interest in Earth, and the events unfolding.

Before we look at this encounter in a little more detail, check out the short video below. It looks at just some of the photographs taken during the Second World War that show UFOs.

Strange Object In The Sand

This particular day on 18th July 1943, Leger would request permission to visit the neighboring town of Exelgroud. He would set out early on foot due to no transport being available. Because of this, he would take a shortcut to his destination, going over the sand dunes. It was a shortcut that would lead him to a fascinating encounter.

As he was making his way through the dunes, an object would stand out in his line of sight. It had a dull, metallic look to it, and appeared to have crashed into the sand as half of it was under the ground. 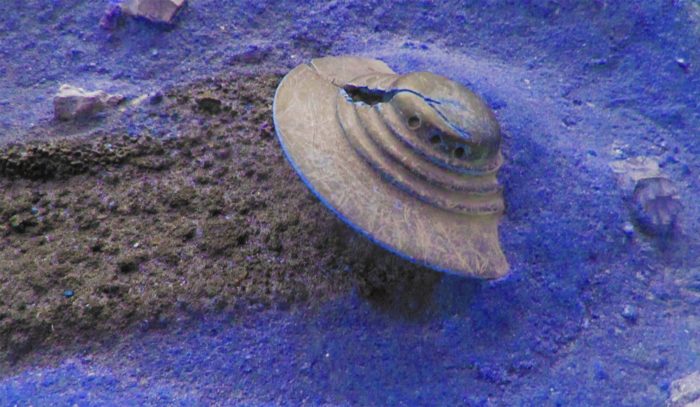 In front of the craft, he could make out a figure. Tight, black attire hugged the figure’s body from neck to foot. So much so that Leger could clearly see that the person was a woman. Long blond hair flowed, perfectly parted from her head. Leger believed the woman to be one of the German female test pilots from the nearby naval base. The craft in front of her must be a top-secret fighter plane.

Leger began an attempt to back away from the scene. Before he could do so, however, the woman turned her gaze in his direction.

The mysterious woman would speak to him in a language that he couldn’t place. To him, it didn’t appear to be like anything he had heard previously. The woman appeared to be oblivious to this and continued to speak to him. Leger would later state he had the feeling she could understand his native French.

From the motions of her hands and arms, Leger could work out that she was asking him to help her free the object from the sand. He did as requested.

As he worked to free the strange, metal craft, he would take in details of her features and clothing. She was stunningly beautiful but appeared to wear no cosmetics at all. The black suit appeared to cover her entire body, other than her head and her hands. Her fingernails cut short, neat and without varnish. Around her waist was a black belt, with a small silver square around what should be the buckle.

As more of the craft became visible as they worked the sand away, he could see more details. Leger would later describe the object as being “two plates joined together!” In between them were two rings with a black line between them. Perhaps most noticeable was the lack of seams, joins, bolts or weldings. As if the entire object was one piece of metal.

The craft would finally come free after ten minutes of work. The look of appreciation on the woman’s face, as well as the tone of her strange words, was proof of appreciation for his effort.

It was at this point that the woman appeared to realize Leger couldn’t understand her. She stopped briefly to assure he was looking in her direction and then would point her finger to the sky, tap her chest, and then tapped her hand gently on his chest.

Bemused and enthralled, still telling himself this enigmatic lady was a German test pilot, he watched as she pressed the silver square on her belt. Out of nowhere, a doorway appeared in the craft beside them. The woman went to enter the craft and motioned to Leger that he should move away, presumably for his safety. The doorway then shut tight, giving the impression on the outside of the craft that no such doorway existed.

Before he stepped away, Leger managed to view inside the vehicle through a porthole of sorts. He could see the woman “on all fours”, he hands manipulating something unseen below here. Leger would state that her positioning would remind him of someone “driving a motorbike in a competition!”

This last point is an interesting one. If you imagine some of the high-powered contemporary motorcycles, the positioning of someone on such a vehicle would appear as if they were in a position much like them being on their hands and knees. A detail that many people were suspicious of being a sign of a fake report, is perhaps more reason to believe in the credibility of the incident.

As Leger made his away to a safe distance he noticed the craft rising gently into the air. The two “plates” were turning, each in the opposite direction to the other. The black band in between them was now glowing brightly. Suddenly, the object accelerated greatly, shooting directly upwards and out of sight.

Many discount Leger’s account, for various reasons. Some point to some of the finer details as proof of embellishment. Others point to his apparent rabid interest in the subject (which is harsh by any stretch of the imagination). In fairness to Leger, his interest in UFOs is likely the result of his initial encounter.

Many other investigators, most notably respected French UFO researcher, Jean Sider, would take Leger at his word. From their accounts, it would appear that Leger genuinely maintained in his own mind that the encounter was of a top-secret military nature. Only when reports of UFOs and satellite launches by the Soviet Union began to appear in the late-1950s, did he truly begin to entertain the notion that the woman may have hailed from another world as opposed to another country.

As we will look at next, his encounter is far from an isolated incident.

The encounter of 1943 wasn’t the first time Leger witnessed strange aerial objects. Two years previously in 1941, he would witness a strange “grey cloud” seemingly under attack from German fighter planes. All of the attacks would prove unsuccessful, however, as the planes appeared to lose their engines whenever they got close to the object. They would literally fall out of the sky until a certain distance away, at which point their engines would restart. The whole episode would last over an hour according to Leger.

It would appear that UFO sightings were happening in abundance in the early-1940s, particularly over Europe and North America.

In spring 1941, according to reports made by Charlotte Mann – the granddaughter of the witness – a recovered crashed UFO in Cape Girardeau, Missouri contained “little grey men” in clothing like “crumpled up foil!” Her grandfather had even shown her a photograph of these strange creatures.

In late-1941, in Sonora, Mexico, according to UFO researcher and investigator, James Harder, a crashed UFO came into American control via a US Naval intelligence team.

The following year in 1942, at an Army base known only to be “somewhere north of Georgia” a UFO crashed right on their grounds. The side of the craft was ripped open, leaving witnesses to see inside. The craft was the same silver color inside as it was out, and appeared to separate into three distinct sections. A control-type room, a cockpit with four seats, and space at the bottom of the craft with a “trap-door exit”.

Before we move on to look at a truly chilling encounter, check out the short video below. We have written about the 1942 Battle of Los Angeles before – below is the original footage of that incident.

The “Massacre In Midair” Incident, California, 1939

Although there is debate to the authenticity of the account, an incident claimed to have taken place over the Pacific Ocean in August 1939, is worth mentioning here, if only for its outright bizarreness and because it may prove to be quietly relevant. A write-up of the incident did appear in a San Diego newspaper, but it would be UFO researcher, Jerome Clarke, who would bring it out to the wider public in the 1950s publication ‘Flying Saucer Review’.

According to Clarke’s report, a US military cargo plane would leave the Marine Naval Air Station in San Diego. Its destination was Honolulu in Hawaii. It would never arrive there.

Around two to three hours after taking off, distress calls began to come to the control tower from the plane. They suddenly stopped. As did all communication. Then, even more bizarrely, a short time later, the plane would arrive back to the airbase.

An emergency crew would go to meet the plane. Upon climbing aboard they were confronted with a sight unlike anything witnessed before or after. Each of the crew in the main body of the plane were dead. A “gaping wound” visible on each of them, as if they had been physically attacked.

In the cockpit, the pilot was dead, as was the co-pilot, who was in the pilot’s seat. He appeared to have clung to life just long enough to guide the plane back to San Diego. Even more bizarre, each man in the cockpit had their service revolvers in their hands. Each chamber was empty of bullets, whose casings lay about the floor.

Whatever they were carrying is unknown. As is whether that “cargo” was responsible for the carnage.

Check out the video below that looks at the UFO secrets of World War II. 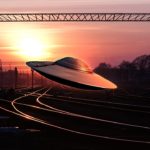 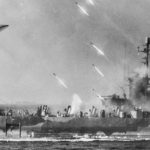 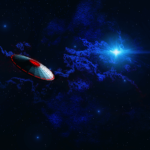