Many of the world’s mountains boast persistent UFO activity, both in the modern era and in the far reaches of antiquity. Perhaps one of the most intriguing is Mount Musine overlooking Turin in Italy. There are several UFO encounters that stand out, some of which we will examine shortly. What’s more, these UFO incidents appear to stretch back for thousands of years. 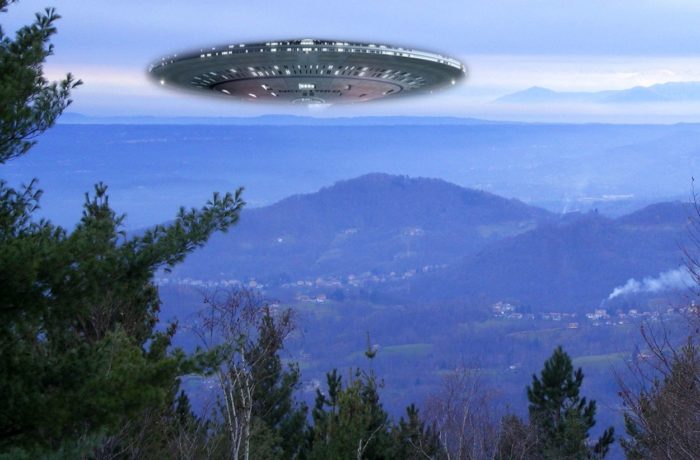 There is also the connection to the idea of ley lines and of what importance this apparent “world grid” of energy points was to those of ancient times, as well as of what importance it might prove to be of use in the contemporary world.

Whatever the UFO connection may or may not prove to be as far as Mount Musine is concerned, it is without a doubt one of the most intriguing locations on the planet. And one will likely prove to be of importance in understanding the UFO and alien question, as well as the many possibilities of our collective histories and origins.

The “Two Hikers” Incident Of December 1978

Perhaps the most well-known of the UFO sightings from the modern era is one that took place on the afternoon of 8th December 1978. Two friends were hiking on the slope of Mount Musine when a severely blinding light appeared out of nowhere. The bizarre flash would seemingly knock each of them unconscious.

When one of the hikers came to, they discovered that their friend had disappeared. The now panicked hiker would quickly gather other hikers so they could assist in the search for his friend. After several hours of searching, they would find him. He was seemingly in shock and had a “severe burn” to his leg.

When he finally did come to his senses, he had a bizarre tale to tell. He would claim that a large ship had appeared overhead, out of which four extraterrestrials descended. The hiker would suddenly find himself paralyzed and rising from the ground. He was heading toward the hovering craft. His memory of the incident would stop at that point. 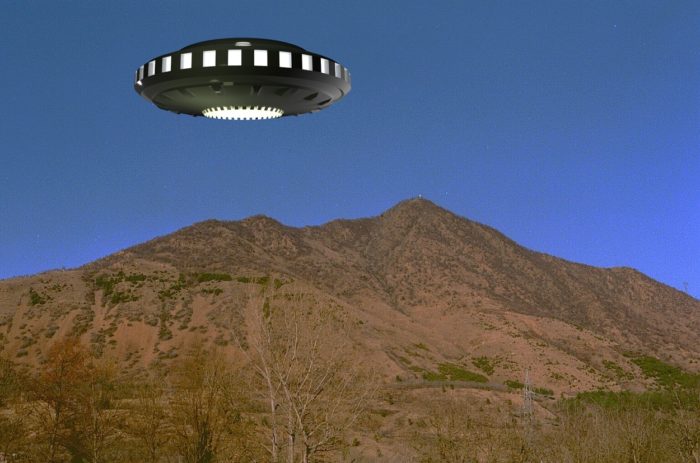 However, several months following the event, both of the hikers would suffer from a sudden onset of aggressive conjunctivitis. UFO researchers would suggest that this was caused by exposure to the bizarre light. The case remains unexplained.

We will explore some of the other strange sightings in a moment. First, however, we should turn our attention to an incident we have examined in detail previously. One that happened two days previously in an area a little over 100 miles to the southeast of Turin.

On the evening of 6th December in the town of Torriglia, the encounter of the night watchman, Pier Zanfretta would unfold. During that incident, Zanfretta would claim to have been kidnapped by strange alien creatures. Might there be a connection?

Abundant UFO Activity In The Area

Strange sightings of glowing orbs and disc-like craft can be found throughout the modern UFO era. And have continued in the area right into our contemporary age.

Five years before the incident with the two hikers, for example, on 2nd December 1973, the crew and passengers of an Italian commercial airliner would witness strange glowing orbs seemingly traversing the skies over the top of Mount Musine. When later details emerged from witnesses, it would appear that the orbs had a definite disc-shape to them.

Furthermore, the Italian Air Force would scramble jets to the region, whose pilots would also see the bizarre craft. They wouldn’t, however, manage to intercept it, with the strange object simply disappearing each time they would approach. According to newspaper reports at the time, “hundreds of people” on the ground also witnessed the bizarre events unfold.

In more recent times, on 8th March 1996, two men were – like the two hikers – walking in the area. They would witness a “cylindrical aircraft” hovering over the top of Mount Musine. They would further claim that there was a “yellowish fluorescence” around the strange craft.

Even as far as the 2000s sightings are still on record in and around this particular region of Italy. And what’s more, these sightings, as we mentioned earlier, appear to stretch back through recorded history.

Sightings Stretching Back To Times Of Antiquity!

As well as the sightings in the modern era of UFO history, strange incidents in the region date back for thousands of years. Perhaps one of the most world-changing was that of Constantine who would claim to see a “cross in the sky” appear in the heavens on the night prior to the Battle of Milvian Bridge, which is in the region of Mount Musine.

According to the account – which was seemingly witnessed by many of the soldiers also – Constantine would “swear his allegiance” to the cross in return for victory the following day (a victory that would indeed prove to be theirs). From this incident would come the start of Christianity as we understand it today. 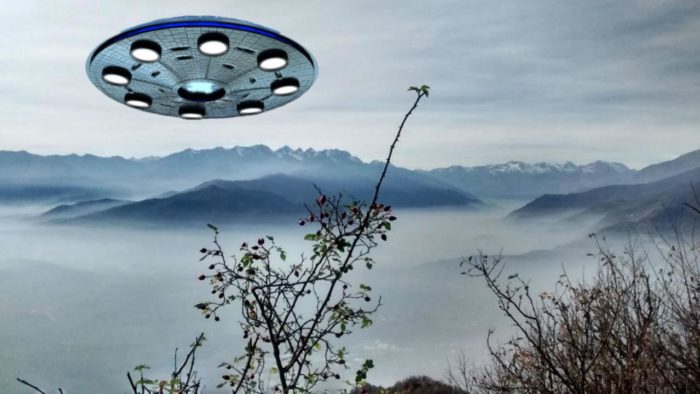 Might the “cross” have actually been a solid, metallic aircraft? Is it possible that whatever intelligence was behind the craft had a vested interest in the victors of the battle the following day? From an ancient astronaut perspective, it could certainly be argued that this is an example of extraterrestrial intervention in the events of humanity.

Admittedly, such notions depend very much on perspective. It is, though, only one of many that could be seen as a purposeful intervention. And that such an event occurred in the same region in northwest Italy as the many sightings of UFOs take place today.

Before we return to Mount Musine and the possible reasons for the bizarre and indeed historic activity that has taken place there, let’s turn our attention to the subject of ley lines, which cut right through the heart of the region. And might themselves be a clue as to understanding why such sightings take place in such abundance there.

The Importance Of Understanding Ley Lines?

According to some researchers, there is a perfectly clear reason for the strange UFO activity in the region. The presence of ley lines.

Many researchers believe that these ley lines connect a “world grid”. One that the ancients were not only aware of but actively utilized. We have examined previously, for example, the work of Bruce Cathie, whose research suggested such a grid that he named the Harmonic 33 Theory.

As part of his research, Cathie would discover that many UFO sightings appeared over these ley line routes. And, as has been suggested by many in the ancient astronaut corner, the fact that many historic locations sit on these lines, combined with the numerous UFO sightings that most often still occur in and around such locations even today, there would appear to be a connection between UFO activity and the many sightings of the strange craft. 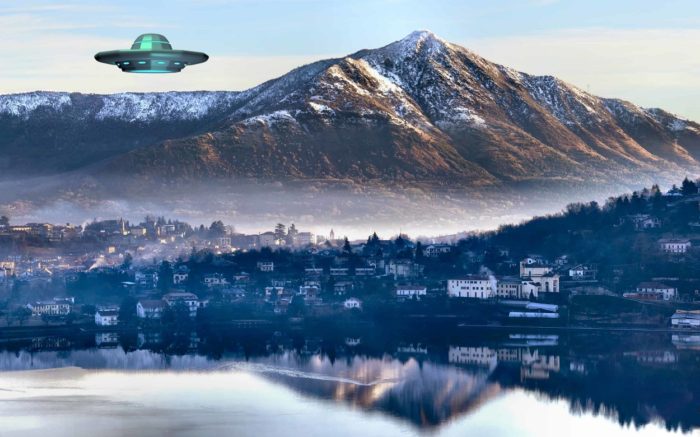 Some of the locations are indeed of interest. Both to UFO researchers and those who set out down the path of alternative history research. Such historical locations as Stonehenge, the Nazca Lines, and even the Pyramids of Giza all sit upon one ley line or another.

That such a thing could be pure coincidence is surely beyond the realm of possibility. It would very much appear, whether extraterrestrial or indigenous, that a highly advanced civilization once existed on Earth. And what’s more, they were able – it would appear – to harness the energy of the planet for their own ends.

Was this civilization what many throughout history have referred to as the Atlanteans? And might the strange sightings still witnessed today over such locations have connections to the lost civilization of Atlantis?

Many Connections And Points Of Interest Still To Understand!

Might Mount Musine really be of great importance in not only understanding our modern world but that of the past? Might the apparent ley lines that cut through the region – and connect other locations of historic importance stretching from Israel to Ireland – also be of importance? And what might they tell us of what those of antiquity really knew of the energies stored within the Earth?

Perhaps of most importance to us as UFO researchers and enthusiasts is where do the numerous UFO sightings fit into all of this? And what do they mean for our collective understanding of the UFO and alien question?

If there has been an alien presence on Earth for thousands of years, might the time when “the Gods” walked the Earth (if we assume the Gods were indeed extraterrestrials) have used such locations as Mount Musine as their cities from antiquity? Ones that have been built over several times over since. And might Mount Musine itself be home to such an alien presence in the area still? One that, like many other ancient mountains around the world, has persistent rumors of alien bases inside them?

Or might the persistent presence of UFOs in the region have something to do with the ley lines themselves? Might the energy they seemingly transfer and collect somehow open portals or gateways that strange crafts from other worlds use to enter ours? Or might the UFOs themselves be the result of an unknown manifestation of energies? All remain unanswered, for now.

Check out the video below. While it doesn’t feature Mount Musine, it is a recent UFO sighting over Italy. 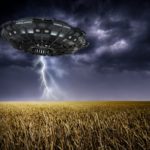