Is The Podesta-Edgar Mitchell e-Mail Worth Re-Looking At?

Most people are familiar with the Podesta e-mail leaks. Whether they are genuine or not, and perhaps more importantly, if they really do reveal such things as coded messages concerning organised Satanic child abuse, is something that needs to be investigated. They are very interesting though, as are the reasons they may have been fired into the public arena in the first place.

Some of these leaked documents appear to contain e-mails that refer to not only the existence of extra-terrestrial life, but also one-time plans to disclose this information to the wider public.

The connections between Podesta and a possible disclosure of information under a Hillary administration has been theorised for quite a while. Both Clinton and Podesta as her campaign manager, spoke openly about the subject in the run up to the 2016 US election. Podesta himself has quietly campaigned for such disclosure for many years. 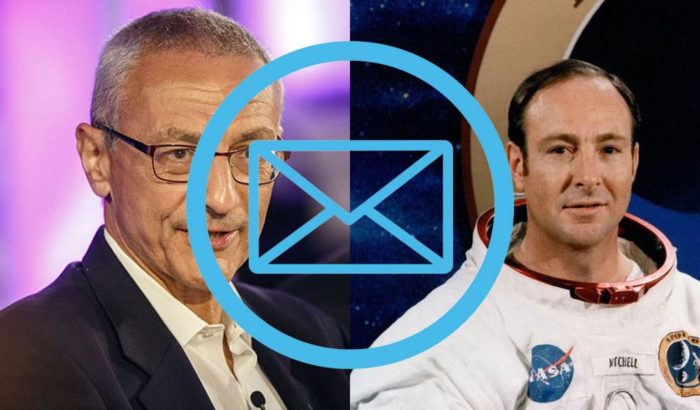 One particular e-mail however – at least for people concerned with the public release of UFO files – is one sent to John Podesta from former astronaut Edgar Mitchell shortly before his death in February 2016.

The late Edgar Mitchell is well known in UFO and disclosure circles. Aside from having a deep interest in the UFO phenomenon he was also the sixth man to walk on the moon as part of the Apollo 14 flight. Shortly after his historic space mission, he founded the Institute of Noetic Sciences in 1973 – an institute that examines and looks to break down the mysteries of the human consciousness.

The e-mail in question, if indeed it was from Mitchell, reads in full as follows:

As 2015 unfolds, I understand you are leaving the Administration in February.

It is urgent that we agree on a date and time to meet to discuss Disclosure and Zero Point Energy, at your earliest available after your departure.

My Catholic colleague Terri Mansfield will be there too, to bring us up to date on the Vatican’s awareness of ETI.

Another colleague is working on a new Space Treaty, citing involvement with Russia and China. However with Russia’s extreme interference in Ukraine, I believe we must pursue another route for peace in space and ZPE on Earth.

I met with President Obama’s Honolulu childhood friend, US Ambassador Pamela Hamamoto on July 4 at the US Mission in Geneva, when I was able to tell her briefly about zero point energy.

I believe we can enlist her as a confidante and resource in our presentation for President Obama.

I appreciate Eryn’s assistance in working with Terri to set up our meeting.

Assuming this e-mail can be taken at face value and is not written as some type of code, what does Mitchell mean when he refers to “peace in space”? Or what should we make about “Zero Point Energy” or the Vatican’s “awareness of ETI”?

Is this e-mail genuine or could the “leak” have simply been disinformation?

Whichever proves to be true, it certainly isn’t the first time there has been an apparent attempt to get information such as this out to the general public.

“Earth Must Be Warned!”

French astronaut and leading scientist Claudie Haignere was allegedly rushed to hospital in December 2008 due to a suicide attempt involving sleeping pills. According to the reports she was still conscious at the time of entering the hospital, and had to be physically restrained while screaming “Earth must be warned!” She soon lost consciousness and fell into a coma from which she made an apparent full recovery several weeks later.

Haignere – who also worked in politics for conservative prime minister Jean-Pierre Raffarin – was quick to blame the episode on “burnout syndrome”. She went on to become director of the largest science museum in Europe (Cite des Sciences et de ‘’Industrie).

This is fair enough, right? She had served on numerous space missions throughout the nineties, even becoming the first European woman to visit the International Space Station in 2001 – and that was before her political career.

Perhaps though it was the work she was a part of in the run-up to this “burnout” episode that is most interesting. She was working out of a laboratory at the Pasteur Institute, studying human DNA and in particular, according to some close to her at the time, “alien” strands that might be found within it.

There are however no records to show that this was actually the case. In fact there are very few records at all about her work during this time.

In the days that followed Haignere’s admittance into hospital, her work and any records that might have existed of it were completely destroyed in a freak fire at her lab – despite the lab itself only seeming to suffer minor damage. The cause of the blaze remains unknown.

Reports in the French media also state that Haignere had become convinced that the Ancient Astronaut Theory was correct, and that aliens had indeed visited the planet in antiquity and genetically modified early human DNA. Extra-terrestrials were essentially responsible for creating what we know today as the modern human race.

Had she found something that we indeed should be warned about? Had she then been convinced – maybe even made – to “forget” this, and then even rewarded with a higher post in her field? Or is the incident simply an overblown account of what was simply someone who had worked themselves into the ground and needed a break? For her part Haignere has not commented on the episode since.

You can check out the short video below that looks at this incident. It might be worth watching with a pinch of salt, but it does appear to be a curious episode at the very least.

Going back to the Podesta-Mitchell e-mail for a moment, not everyone is convinced that disclosure is a reference to putting the world’s population “in the know” – in fact, quite the opposite. UFO researcher and pastor, Billy Crone, recently spoke with Lisa Haven about how disclosure is simply a cover story to implementing a one world government.

OK, so we are straying into “New World Order” territory now, but what Crone essentially theorises is that these UFOs and aliens that people are witnessing, are not “extra-terrestrials from another world”, but actual demons that travel here from another dimension.

According to Crone – and it should be noted, many others have voiced similar theories – disclosure will be used to “fake” an alien presence, maybe even an invasion, in order to usher in a “world government” and in affect a new world order.

“How are you going to get all the governments around the world under one umbrella,” Crone told UFO researcher and reporter, Lisa Haven in October 2016, “You create crisis, and you manage the outcome! You are going to need a massive, crazy, wild, global concern. A global scare!”

It could be argued that we have been “primed” for such a scenario for generations through such mediums as Hollywood and widespread television. Add to this the notion many people would consider claims of seeing aliens or UFOs “less crazy” than seeing demons, and it is easy to see how this argument could be made convincing – certainly to anyone with religious leanings.

You can check out the interview in full below.

Crone’s assertion that the UFO phenomenon is actually proof of the reality and presence of demons is certainly an interesting theory. Perhaps even more so when you consider how many theorists claim that the New World Order (or the Illuminati) are basically a satanic cult, whose beliefs go back to the beginning of time.

Many Christian groups – particularly in America – will tell you this is very much the case, and that their warnings should be heeded. Or is this purely an attempt to claw back the influence they once had in people’s lives? An influence now lost to pop culture on the one hand, and the wonders of modern science on the other?

Can the Podesta e-mails be fully trusted to be authentic, or simply one person’s desire to ruin (albeit) one part of the establishment in favor of another? If they are proven to be true, then what does that say about what really is going on behind the scenes of those in positions of power and influence?

Might it be that such fringe writers and researchers as David Icke, or even Erich Von Daniken, were closer to the truth than most of us perhaps thought? Von Daniken is considered by most to be the “father” of the ancient astronaut theory, while Icke has voiced for decades that an elite group control the inner workings of the Earth, and those workings revolve around satanic rituals and beliefs.

Or perhaps, as much as we should most definitely continue to constantly question and investigate, maybe we should always keep these words of wisdom from the much respected Carl Sagan in the back of our minds – just for when we might need them,

“One of the saddest lessons of history is this: If we’ve been bamboozled long enough, we tend to reject any evidence of the bamboozle. We’re no longer interested in finding out the truth. The bamboozle has captured us. It’s simply too painful to acknowledge, even to ourselves, that we’ve been taken. Once you give a charlatan power over you, you almost never get it back!”

Check out the documentary below. It goes into a little more depth about the New World Order – One World Government conspiracy theory. 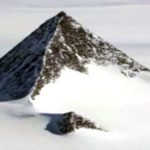 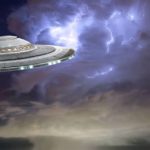 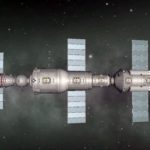