“Niku” Backward Orbiting Planet Beyond Neptune: Did our Solar System Just Get a Little More Crowded?

As one of the most exciting mysteries known to man, space travel and the solar system in general tends to be hugely exciting to us all. We aren’t just one floating piece of magic – we are a part of millions of other entities in the universe. Our plan, although immense, is just one planet. Therefore, whenever we learn of anything potentially new that has been found in our solar system, it becomes very easy to get incredibly excited.

As we continue to unfurl the jigsaw, amazing new information comes alive.

So, when we started hearing of a new planet that breaks the traditional rules of space, it started to get people talking. That’s right, recently scientists and astrologists came across something in the deep, dark void of space. Way beyond the planet Neptune, at the very edge of our solar system, we found something incredibly strange.

This new planet has all of the associated gurus and experts scratching their heads, unable to offer any kind of legitimate explanation so far. At the moment, all we know is that a planet beyond Neptune appears to be consigning traditional space wisdom to the bin.

The object itself, a massive planet, is orbiting backwards. As we know this is not supposed to be possible, at least traditionally. Even more interestingly, though, the planet also appears to be moving at a different angle as well to anything else that we’ve found in our solar system. As you might imagine this has caused a fair amount of discussion and consternation.

Does this prove our laws of space are bogus? Or have we just discovered the greatest possible exception to the rule that we are likely to spot in space? Or is there another basic explanation?

The Story So Far

Well, what we know so far is that this object was spotted beyond Neptune by the Pan-STARRS telescope found in Hawaii. This telescope was looking way, way beyond Neptune before it found this object. Indeed, it was appearing as much as 160,000 further away than Neptune and, so far, has been spotted around 20 times. This looks set to grow, too, as the planet is beginning to become ever more visible.

The planet has now been named “Niku” – which means rebellious in Chinese. Its strange orbiting style around the sun is making it quite particular to many looking into this interesting phenomenon. Less than 125 miles in diameter, it currently sits above the typical plane of the solar system and appears to also be getting heavier on a day-by-day basis.

Eventually, the expectation is that it will drop down and form part of the solar system below the normal plane.

However, the strangest element of this planet is that it does appear to be orbiting the Sun backwards. Whilst the majority of objects will be moving forward – Venus being an obvious exception – this appears to be moving in a backward motion. This means that the planet would be known as a retrograde orbit, rather than the prograde direction that the vast majority of objects operate on.

This is naturally causing a lot of confusion in the world of astrology. The other element of this that is beginning to cause a whole lot of confusion, though, is how the solar system operates compared to this plane. The rest of our solar system operates on a flat, totally level, plane. This is the formation of the whole system and is how everything stays in balance with one another. However, Niku is the opposite.

The fact that it floats backward means that, at one stage, Niku must have been hit with incredible force. The only explanation for floating backwards is that the planet was knocked off of its traditional course, and this would usually only be capable with immense impact. They’ve already ruled out the infamous “Planet Nine” being part of the theory, and no dwarf planets are nearby to be causing this change and shift.

This leaves the answers to why this is occurring, at present, a little hard to come up with. Every plausible theory so far has a decent counter theory attached.

Indeed, the sheer volume of objects beyond Neptune also makes this look quite unique. Every day new objects are found which float around in the distance, ranging from small asteroids to dwarf planets. None of them, though, have the same profile or operational consistency as Niku.

Either way, this is becoming a rather polarizing object to discuss. Since Niku is moving at 110 degrees to the rest of the solar system, too, it has a very particular backwards orbit. This mean that the weird layout of the star and its position means that it does not just go backwards, it goes upwards.

This means that Niku is literally breaking the rules of the solar system. It’s now moved above the plane, with it slowly being pulled down again. This rather interesting little quirk has created a unique and rather complex discussion about whether or not our rules are actually correct.

Could this be the item that comes along and shatters the mainstream belief and idea of science and astrology? It’s going to be a very interesting period of time listening to the experts’ showcase to us just why we have such a unique exception to the rule in our system. 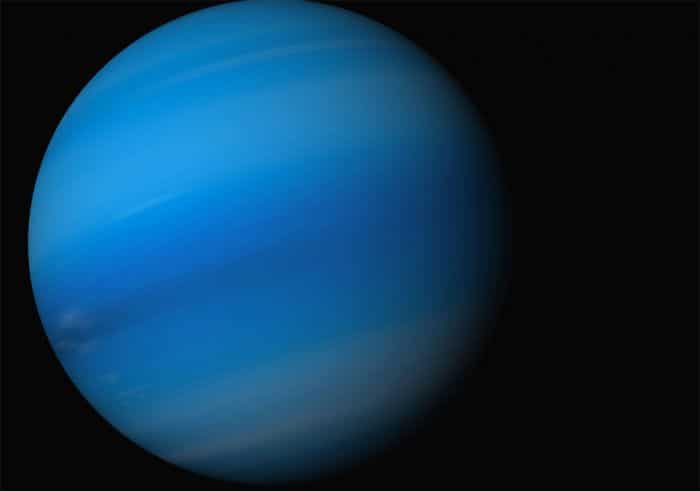 However, weird orbiting angles – just like backwards swings – is not unique to the solar system. Other objects that float at such obscure angles do exist, they just happen to be very rare indeed. The most recent discovery was in the Kuiper Belt, and was found way out at the very fringes of our solar system. The work team working on it came across these weirdly angled objects in the solar system and came to the hypothesis that the infamous Planet Nine must have been involved in some capacity – without having any real proof that this is the cause.

Niku, though, seems to play by its own rules. It’s too close to the Sun to be affected in the say way that the above objects were speculated to have been affected. Nor is this likely to be the case anyway – however, the main problem is that every theory so far has some kind of game breaking “but” involved in there somewhere.

One of the fringe theories so far has been the idea that Nemesis is causing this problem. Nemesis is a dwarf star that might not even be real, but theorists are claiming that the Suns little buddy might have something to do with this obscure management of the rules.

Given that Nemesis is, as it stands, unproven, we shouldn’t really read too much into that. Other theories exist such as another mysterious dwarf planet yet to be seen right through to the old Planet Nine theory.

Whatever may be causing this issue, it’s likely that we won’t get any true confirmation for some time. However, as soon as this planet is verified it kind of throws most of the conventional rules in the bin – it will be interesting to see what further developments can be seen in the fallout of this information coming to light.

There’s a lot to consider when it comes to speculation about scenarios like this – the sheer volume of change that would be needed for this to even be possible is a topic into itself.

If this does turn out to be true, though, we are in for a treat! 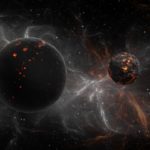